Kanye West Is 'Refusing' to 'Move Back' to Los Angeles Amid Marriage Drama
Most Shocking Reality TV Moments of the Week!
Fun in the Sun! Jennifer Garner Enjoys Beach Day With Her Kids After Flaunting Bikini Body
END_OF_DOCUMENT_TOKEN_TO_BE_REPLACED

Girls’ night out! Taylor Swift hung out with pal Lily Aldridge in NYC on Wednesday, September 7, after ending her three-month romance with Tom Hiddleston.

The “Bad Blood” singer, 26, looked flawless in a black top and white miniskirt accessorized with a silver choker, red lips, black sandals and a nude Aspinal of London handbag as she and Aldridge, 30, headed to the Greenwich Hotel for dinner.

As Us Weekly exclusively reported, Swift and Hiddleston, 35, called it quits after things became strained when the British actor went to Australia to film Thor: Ragnarok and the Grammy winner remained stateside.

The pair began dating just two weeks after Swift broke up with Scottish DJ Calvin Harris in June, and were spotted kissing on a beach in Rhode Island. They took their romance international, jetting to England, where the “Shake It Off” singer met Hiddleston’s family, before spending time in Rome and Australia. 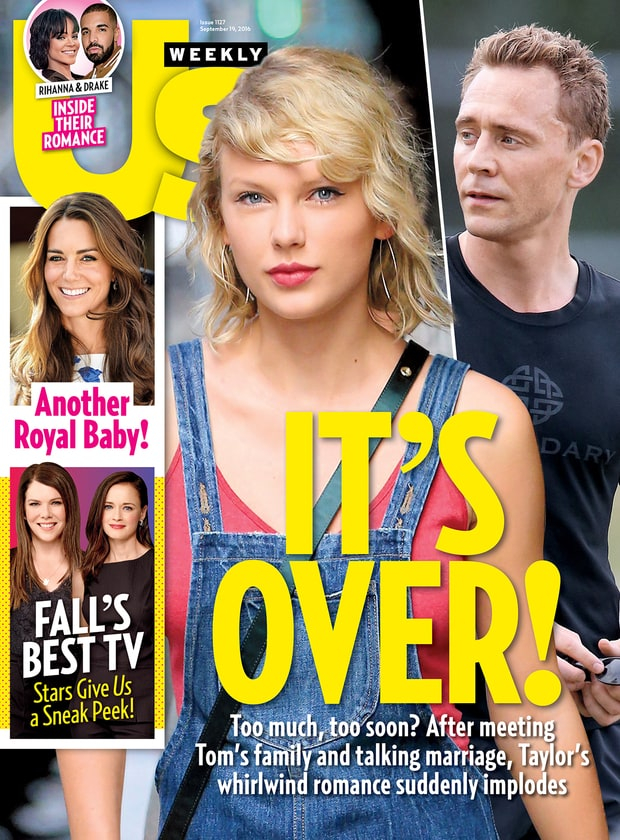 “It was an intense start,” a Hiddleston insider told Us of their whirlwind romance. “No one can keep that kind of momentum going.”

The pair were last spotted together on July 28, dining at Santa Monica’s Hillstone restaurant.

“She was the one to put the brakes on the relationship,” a source close to the couple told Us. “Tom wanted the relationship to be more public than she was comfortable with. Taylor knew the backlash that comes with public displays of affection, but Tom didn’t listen to her concerns when she brought them up.” Now that they’ve split, the source says, Hiddleston is “embarrassed that the relationship fizzled out.”

Kanye West Is 'Refusing' to 'Move Back' to Los Angeles Amid Marriage Drama
Most Shocking Reality TV Moments of the Week!
Fun in the Sun! Jennifer Garner Enjoys Beach Day With Her Kids After Flaunting Bikini Body
END_OF_DOCUMENT_TOKEN_TO_BE_REPLACED