The Beauty Brand the Kardashians Made Famous Has a Futuristic Moisturizer
How to Nail Intermittent Fasting Just Like Jennifer Aniston
The Secret to Seriously Slaying J. Lo’s 10-Day Diet Challenge
END_OF_DOCUMENT_TOKEN_TO_BE_REPLACED

When ads go bad. Kendall Jenner’s Pepsi commercial sparked intense backlash for making light of Black Lives Matter and other social movements. The supermodel, 21, ended a protest by handing a police officer a can of Pepsi. The soft drink company later issued an apology and decided to pull the ad from the airwaves amid backlash. “Clearly we missed the mark, and we apologize,” the company said in a statement. “We also apologize for putting Kendall Jenner in this position.” 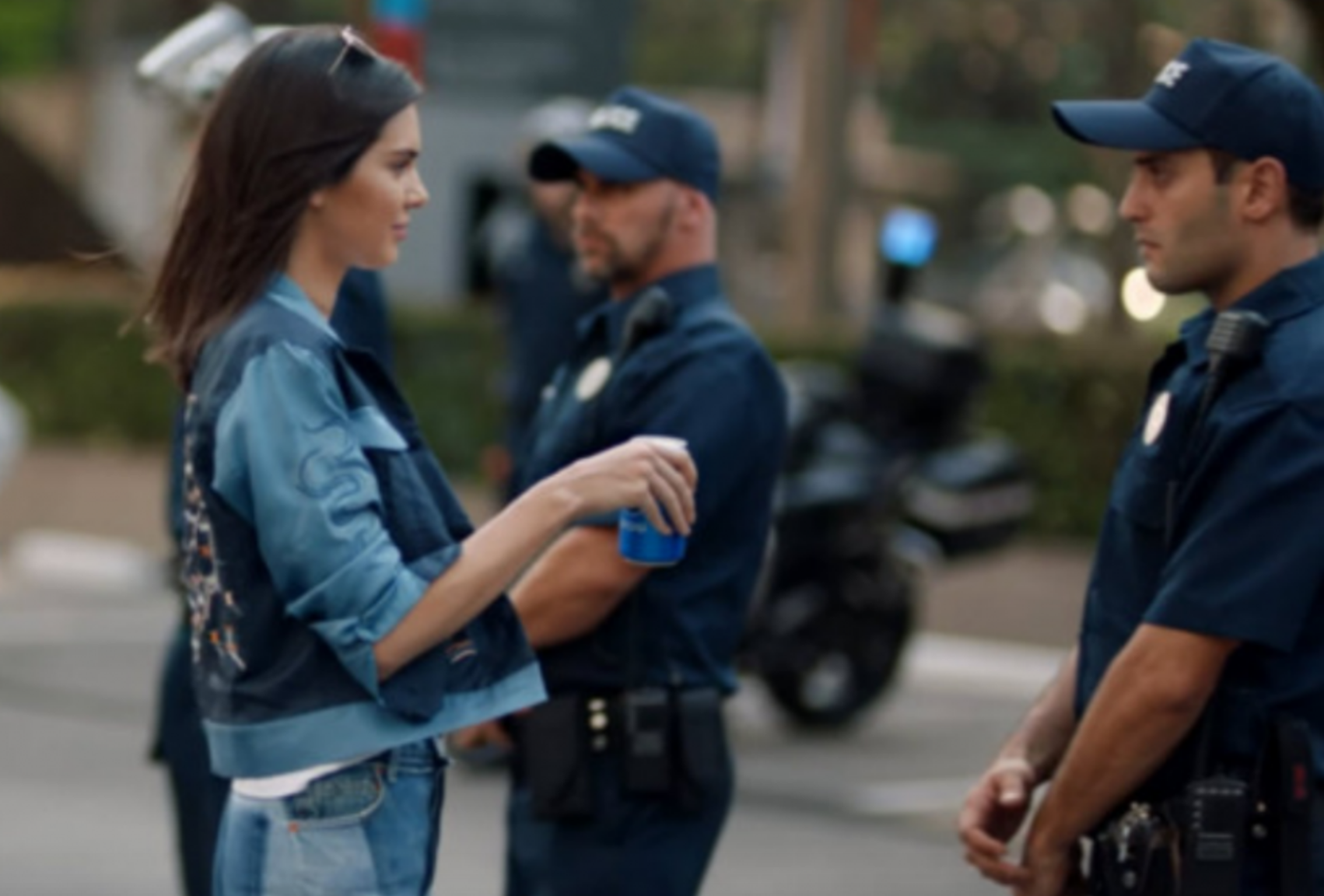 In the wake of the contentious Pepsi ad, take a look back at five other talked-about, controversial commercials through the years. Watch them all in the video above!

People were not loving it. The fast food giant was accused of profiting off disaster after airing their “Carry On” commercial during the 2015 Golden Globes. It featured a montage of McDonald’s signs referencing tragedies such as 9/11 and the Boston Marathon bombing. “The McDonalds commercial that wants us to thank them for changing their signs during national tragedies is more tasteless than the McRib,” one tweeter wrote at the time.

The company pulled a 2015 spot from the airwaves after receiving major backlash from animal rights advocates. The ad followed an adorable puppy that got lost and separated from its family. The pup found his way back, but the owners were only happy to see it because they just sold him on a website built using GoDaddy. The ending showed the dog being put into a box.

The candy brand scrapped its 2007 Super Bowl ad after it appeared to ridicule members of the LGBT community. In the video, two mechanics accidentally kiss while eating the same Snickers and proceed to freak out and tear out their chest hair to prove they’re “manly.” The company also put two even more offensive alternate endings on its website. One featured the two men violently beating each other up, while the other showed members of the two Super Bowl teams reacting with disgust and laughing at the kiss.

The Biggest Beauty Pageant Scandals of All Time 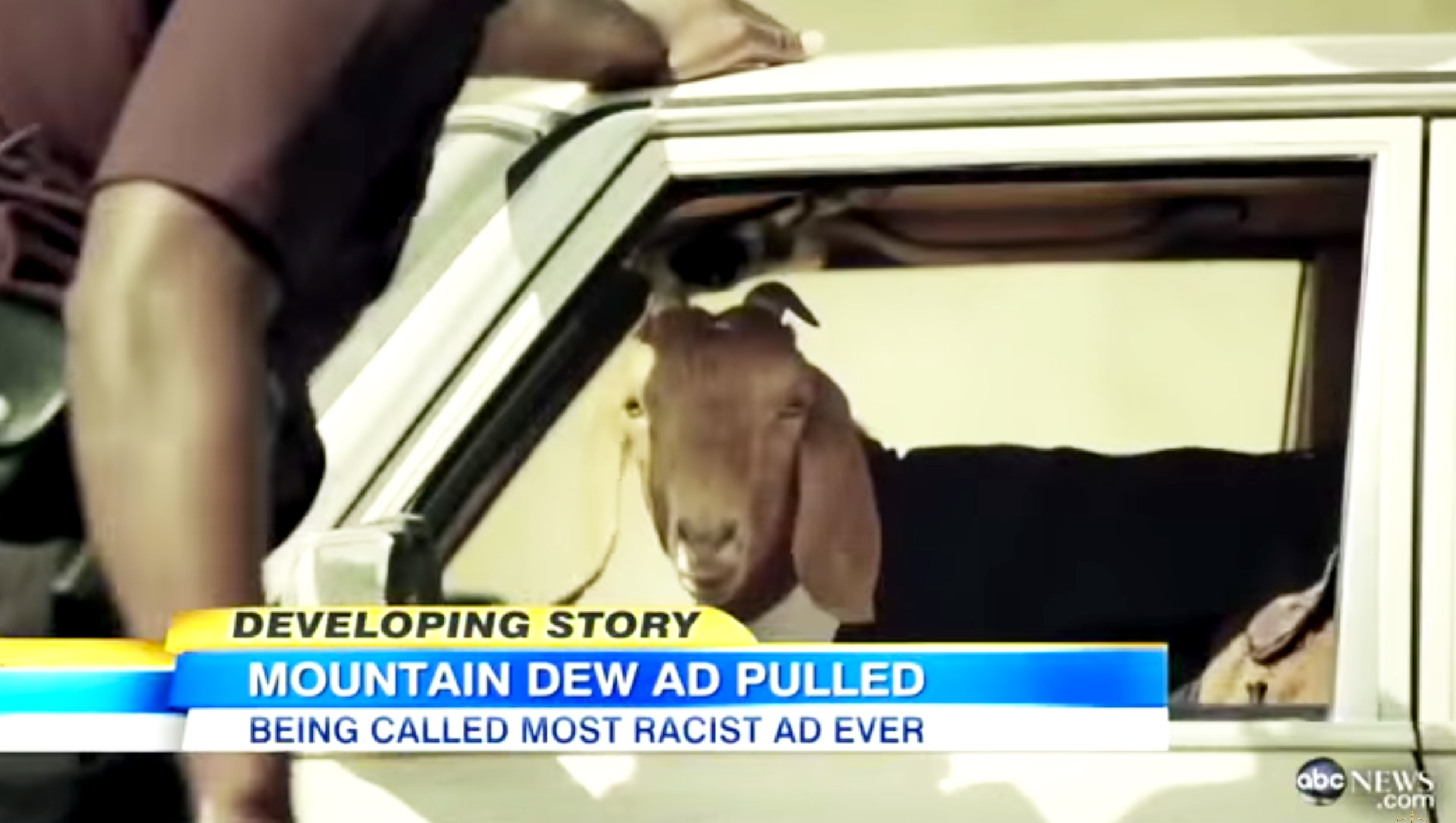 Mountain Dew removed its 2013 ad with Tyler, the Creator after it was criticized for being racially insensitive. The ad stars a goat standing in a police lineup among five black men played by members of rap group Odd Future. A battered and distressed white woman tries to pick out the suspect with the help of a white cop while the goat says things like, “Snitches get stitches.” One social commentator called it “arguably the most racist commercial in history.”

“The people of Tibet are in trouble,” actor Timothy Hutton says in the 2011 commercial. “Their very culture is in jeopardy. But they still whip up an amazing fish curry. And since 200 of us bought at Groupon.com, we’re each getting $30 of Tibetan food for just $15.” Other Groupon ads mocked the devastation of Brazil’s rain forest and saving whales, and they were all epic fails.

Although the commercial itself wasn’t controversial, its star and momentary spokeswoman was. After the Material Girl dropped the cross-burning music video for “Like a Prayer,” Pepsi pulled the ad — featuring Madonna singing “Like a Prayer” in a less divisive context — once the Vatican condemned the video and religious groups threatened to boycott Pepsi products.

The Beauty Brand the Kardashians Made Famous Has a Futuristic Moisturizer
How to Nail Intermittent Fasting Just Like Jennifer Aniston
The Secret to Seriously Slaying J. Lo’s 10-Day Diet Challenge
END_OF_DOCUMENT_TOKEN_TO_BE_REPLACED