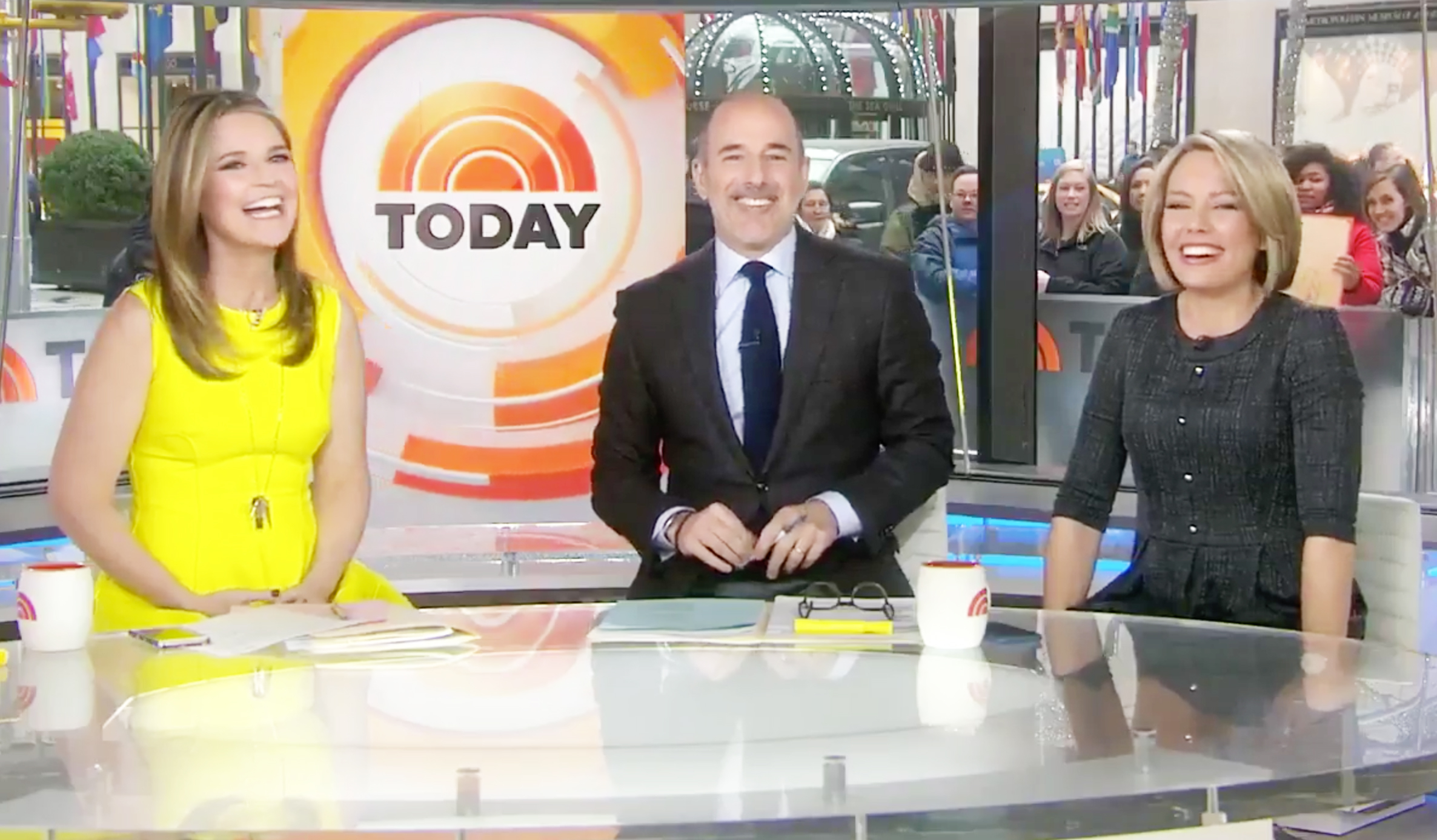 Blast from the past! Today show hosts Matt Lauer, Savannah Guthrie and Dylan Dreyer shared their old photos from high school dances during the morning show on Tuesday, March 21.

The group was discussing a school in Indiana that randomly assigns prom dates to its students when throwback photos of the three TV personalities appeared on the screen. A young Lauer wore a white jacket and large white bow tie to his prom. “That’s not nice,” the 59-year-old joked upon seeing his younger self.

In the next photo, Guthrie, who sported an ’80s hairstyle with bangs, sat in a chair in a pink gown with puffy sleeves. “That’s ninth-grade winter dance. I was never invited to my prom,” the 45-year-old anchor said. “So I would have liked the prom draw.”

Finally, a photo of Dreyer at prom flashed on screen. The meteorologist, now 35, looked stunning in a chic, lacy white gown and a matching clutch. “Aw, that’s pretty,” Guthrie chimed in.

Although Carson Daly presented the photos of his cohosts, he didn’t share a snap of his own. Daly revealed that he also missed out on the high school ritual but said he liked the time-honored practice of kids asking each other to the dance. “I didn’t go to the prom,” he said. “I like the idea of getting kids out of their comfort zones. I think that part’s great. But it does feel a little bit weird, the forcing of the arrangement.”

Guthrie defended the assigned prom dates. “Once you’re there, it’s not like you’re locked to that person. You can mix and mingle, but I like that it involves everyone. Again, not asked to prom, so I think it’s explained.”