Oh, Baby! Meghan Trainor Is Pregnant, Expecting 2nd Child With Daryl Sabara
21 Zara-Style Winter Fashion Finds — All Under $40
Pedro Pascal Through the Years: From 'Game of Thrones' to 'The Last of Us'
END_OF_DOCUMENT_TOKEN_TO_BE_REPLACED

They’re ready to get raw — but not too raw. The Bachelor season 20 standouts Emily and Haley Ferguson have marriage and undercooked meat on their minds on their upcoming unscripted series, The Twins: Happily Ever After?, as seen in Us Weekly‘s exclusive promo.

The Most Ridiculous ‘Bachelor’ and ‘Bachelorette’ Job Titles Ever

The new Freeform show’s preview clip features the Las Vegas-based twins making an effort to grow up, but in their own way. “We’re trying to adult as hard as we can,” one of them says in the footage for the series, premiering Monday, March 20.

One scene shows them out to dinner at a fancy restaurant with former Bachelor star Ben Higgins and fiancée Lauren Bushnell. “Steak tartare with quail egg,” Higgins tells the server. One of the twins quickly chimes in with a suggestion: “Only one ‘tar,’ though.” 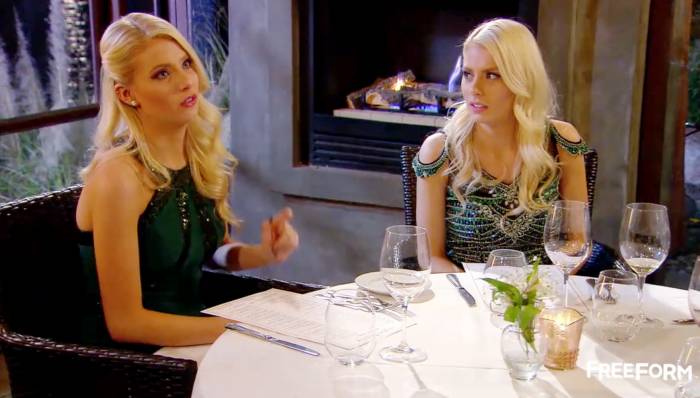 The trailer shows the Fergusons dressed as clowns at a circus, driving race cars and working in the kitchen at a pizzeria. “Is this a real crystal ball?” one twin asks a fortune teller. “Maybe you could see who’s gonna get married first.”

10 Times ‘The Bachelor’ Made Our Heads Explode!

Emily and Haley have appeared on a number of reality series since they both lost out to Bushnell last year for Higgins’ final rose. The sisters sought love on Bachelor in Paradise season 3, although neither ended up in a serious relationship on that show, and they were frequent guests on last year’s Ben & Lauren: Happily Ever After? 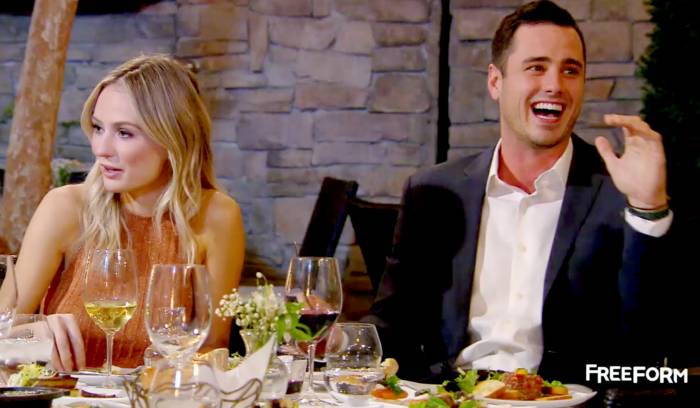 Ben & Lauren viewers didn’t really get to learn much about the twins’ love lives, but they revealed to Us in November that both were in relationships at that time with two guys from outside of Bachelor Nation.

The Twins: Happily Ever After? launches on Freeform Monday, March 20, at 9 p.m. ET.

Oh, Baby! Meghan Trainor Is Pregnant, Expecting 2nd Child With Daryl Sabara
21 Zara-Style Winter Fashion Finds — All Under $40
Pedro Pascal Through the Years: From 'Game of Thrones' to 'The Last of Us'
END_OF_DOCUMENT_TOKEN_TO_BE_REPLACED