The Beauty Brand the Kardashians Made Famous Has a Futuristic Moisturizer
How to Nail Intermittent Fasting Just Like Jennifer Aniston
The Secret to Seriously Slaying J. Lo’s 10-Day Diet Challenge
END_OF_DOCUMENT_TOKEN_TO_BE_REPLACED

Alert the Swifties! Taylor Swift released a behind-the-scenes look at the sexy music video for “I Don’t Wanna Live Forever,” her duet with Zayn Malik featured on the Fifty Shades Darker soundtrack. Check it out above!

In the clip, released on Wednesday, February 1, the “Shake It Off” singer, 27, reveals that she filmed the majority of her solo scenes early in the morning before Malik, 24, stepped on set.

“We’re in London. It’s earlier than I care to really even say,” Swift says. “We’re starting to shoot the video for ‘I Don’t Wanna Live Forever.’ And I’m first because clearly I don’t demand late enough call times because Zayn’s asleep somewhere in London, I imagine, under some kind of silk duvet.”

Next, the camera shows the pop superstar’s back as she struts her stuff down a corridor as if it were a catwalk. When she’s finished, Swift jokes about her hard-hitting performance.

“Did you catch that? Did you see that last take, what I did there? The way that I was able to emote with the back of my head,” she tells a nearby cameraman. “See, that’s what 12 years of experience gets you.”

Finally, Swift, who rocks a bright red, glittered lip in the video, explains how she decided on the bold beauty trend. “What we’re doing right now is a glitter lip that I’ve seen on shoots and on the runway and stuff, but I haven’t really seen people do it in a music video or anything,” she says. “I’m just, like, really stoked about the lips right now. I feel like I have a disco ball on my face!” 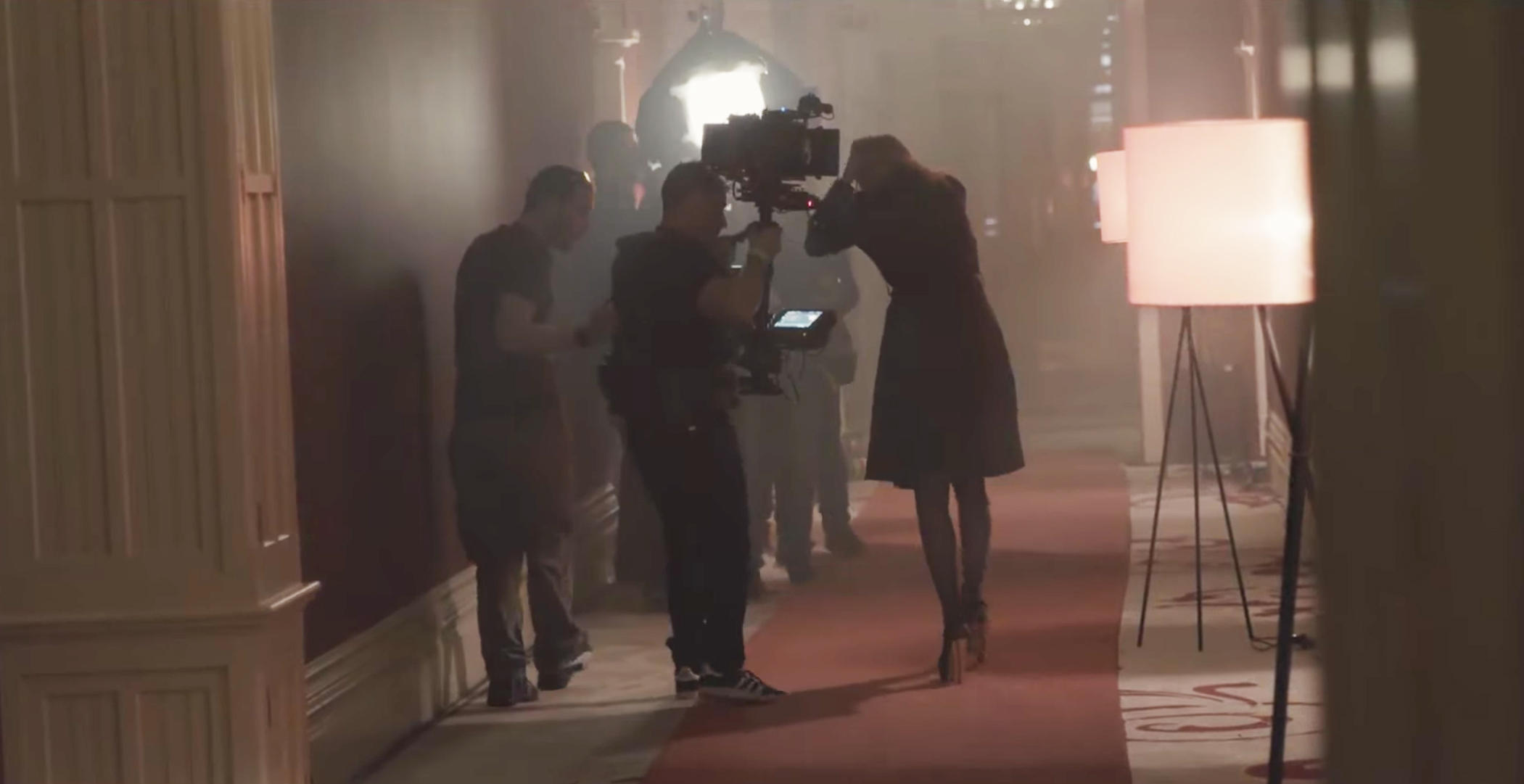 Swift and Malik dropped the steamy visual for “I Don’t Wanna Live Forever” on Friday, January 27. In the dark, moody video — shot at London’s St. Pancras Renaissance Hotel — both stars sing about heartbreak as they writhe around in separate hotel rooms before reuniting at the end underneath a strobe light.

During a December 13 interview with Z100’s Elvis Duran, the One Direction alum — who dates Swift’s squad pal Gigi Hadid — shared how his collaboration with the Grammy winner came to be. “We were kind of in separate places when I mentioned the idea to her. I spoke to her on the phone,” he said. “She went in the studio the next day to record it. … She mentioned to me that she liked the song, and I already kind of knew in the back of my head that she liked it.”

Watch the behind-the-scenes video above.

The Beauty Brand the Kardashians Made Famous Has a Futuristic Moisturizer
How to Nail Intermittent Fasting Just Like Jennifer Aniston
The Secret to Seriously Slaying J. Lo’s 10-Day Diet Challenge
END_OF_DOCUMENT_TOKEN_TO_BE_REPLACED