Before two-stepping into ABC’s ballroom, the Dancing With the Stars cast have to suit up in their armor.

During a nearly 10-hour process, they’re covered in bling, fake eyelashes and a healthy dose of bronze. “You’d never see Superman not looking muscular,” pro Maksim Chmerkovskiy, 37, explains in the new issue of Us Weekly. “A spray tan and rhinestones are our capes.”

‘Dancing With the Stars’ Season 25: Find Out Which Pros Are Returning

The fearsome five get candid with Us. 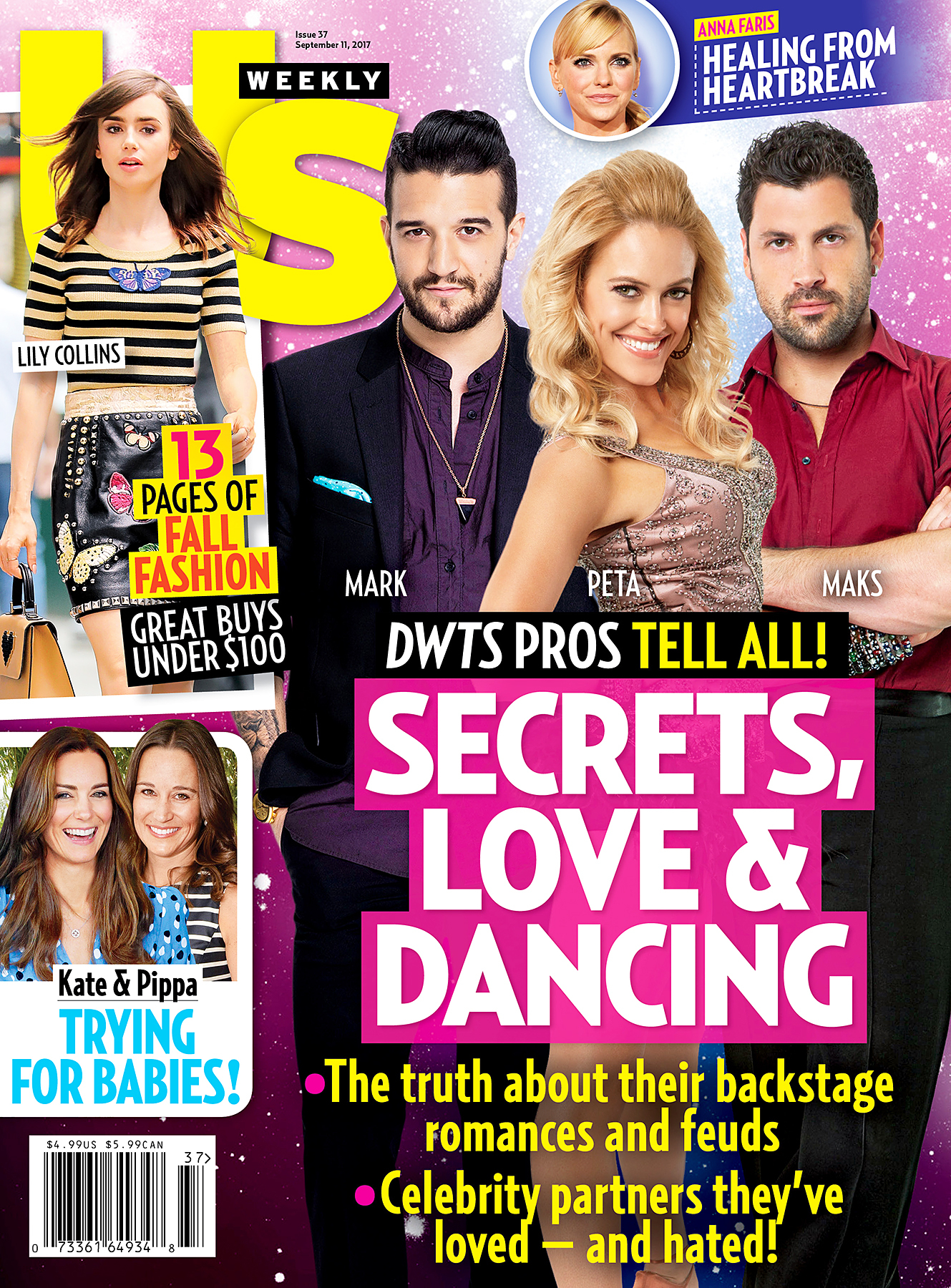 Us Weekly: Fess up, how fierce is the rivalry?

Peta Murgatroyd: It’s intense for the show. But in reality, we are good friends. It’s not like, “I have to beat Mark Ballas!”

Sharna Burgess: To be honest, I think the fans fight more than we do! The stories about bad blood and confrontation get blown out of proportion.

Mark Ballas: If you start thinking, “I have to beat this one,” you’ve got a major problem. This is about your partner.

Witney Carson: At the beginning of the season we’re all so excited. Then, when it starts getting serious, I shut my door because I don’t want anybody to see my routine! I am super-competitive.

Us: Maks has accused the show of rigging its winners. Agree?

SB: Everybody goes out there with equal opportunity. If couple A got voted to win, legally we can’t change it to couple B. An outside company counts the votes!

MB: I think everyone is guilty of feeling that in the moment, but if the show was rigged, don’t you think they would have been busted by now? Sometimes the best dancer doesn’t win.

PM: It’s a TV show. It has to have its roller coaster of ups and downs. We all understand how the show runs. Let’s put it that way.

PM: There are ones that think they know everything. They are conspiracy theorists and they think that the show is against them. I think that’s the hardest to deal with.

MC: There have been some hard partners! I don’t defend partners who are not nice people. I’m not going to stick my neck out for people who don’t deserve it. I used to want an athlete over any actor. But some of these athletes come on the show for the wrong reasons. It can be their management pushing them to do it. They don’t know what they’re getting into. They say, “This isn’t what my agent told me would happen.” I say, “You should’ve done better research.” It’s like going to Disneyland when you hate cartoons and rides and people.

Us: The pro-partner relationship can be intense — and viewers often speculate a romance. How often are those rumors true?

MB: When two people dance in and it’s steamy, people will talk. I would say 80 percent of the time, there’s no truth to the hookups.

SB: Last season, fans were very much hoping that Bonner [Bolton] and I were going to get together. We met and had incredible chemistry and neither of us were against it. But I was the coach and he was the student. Our dynamic changed. I don’t know if I’d be able to be romantic on one side and then the boss on the other. It never got to be a romance. I never say never. I’d love a fairytale like Kym and Robert [Herjavec, who were paired together in 2015].

WC: You’re in the room with somebody for five, six hours a day. There’s a special bond that nobody else gets. Some people just click.

For more from the pros — from fat shaming, stripping down and finding their confidence — pick up with new issue of Us Weekly, on newsstands now.

Dancing With the Stars premieres on ABC September 18 at 8 p.m. ET.