Scoop up Amazon's Most In Demand Pull Up Sweater for 46% off!
Jennifer Aniston’s Facialist Compared This Mascara to Having Lash Extensions
Scoop Up the Foot Massager Kris Jenner Gifted to Her Daughters — $120 Off!
END_OF_DOCUMENT_TOKEN_TO_BE_REPLACED

Getting to the bottom of it! Jay Leno stopped by Us Weekly earlier this month to chat about his partnership with Amgen to launch Cholesterol 911 before he took his former “Jaywalking” segment to the streets of New York City to see if the general public were more informed about politics or celebrities.

The Tonight Show alum, 68, approached people of all ages and genders to see if they’d be able to name three branches of government, which member of Jersey Shore is currently in jail and more fast facts — and the answers were hilarious. Though some were quick to blurt out the correct answer for who Jennifer Lopez just got engaged to, others couldn’t pinpoint things such as the name of the current vice president. 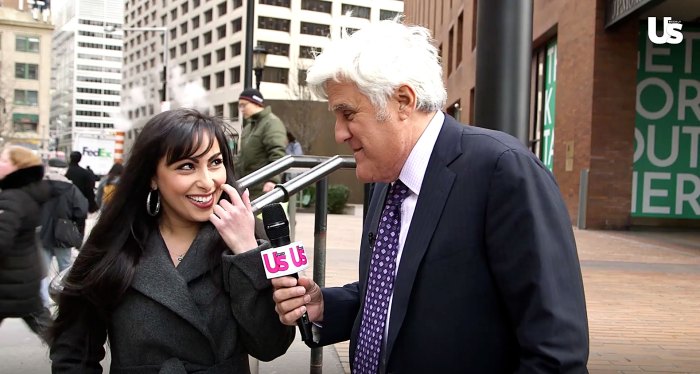 “Jaywalking” was a pre-recorded segment on The Tonight Show when Leno hosted from 1992 to 2014. The Fairly OddParents alum would walk the busy sidewalks of Hollywood, including highly populated tourist spots, including Hollywood Boulevard, Melrose Avenue and Universal Studios to ask passersby random questions. The most comical and outrageous interviews would then be aired during the nightly talk show.

Watch the full video above to see see Jay Leno’s Us Weekly version of “Jaywalking”!

Scoop up Amazon's Most In Demand Pull Up Sweater for 46% off!
Jennifer Aniston’s Facialist Compared This Mascara to Having Lash Extensions
Scoop Up the Foot Massager Kris Jenner Gifted to Her Daughters — $120 Off!
END_OF_DOCUMENT_TOKEN_TO_BE_REPLACED