Justin Theroux is baring his hot bod in the new trailer for upcoming HBO TV series, The Leftovers. 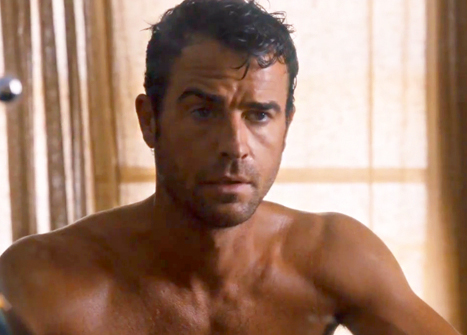 The mysterious series, which is based on the novel by Little Children author Tom Perrotta, tells the story of a post-apocalyptic town coming to terms with a rapture that suddenly wiped away 100 people, including one mother’s infant child.

In the first full length trailer, Theroux, 42, asks: “Where did they come from? What do they want? You don’t even know who they are!”

The Leftovers premieres June 29 at 10pm ET on HBO. Watch the preview now!