Did James Corden just join a rock band? The Late Late Show host rocked out with the Red Hot Chili Peppers during a new segment of Carpool Karaoke, which was released on Monday, June 13.

Corden, 37, was joined by all of the group’s members — frontman Anthony Kiedis, Flea, Chad Smith and Josh Klinghoffer. It’s unclear when the musicians filmed the jam session with the British TV personality, but Kiedis, 53, was hospitalized last month for extreme stomach pain.

The guys belted out some of their greatest hits, including “Californication,” “Under the Bridge,” “Can’t Stop,” “Give It Away,” “By The Way” and “The Zephyr Song.” They also made a pit stop before dropping Corden off at work so that Kiedis and the comedian could wrestle — outside a stranger’s home. 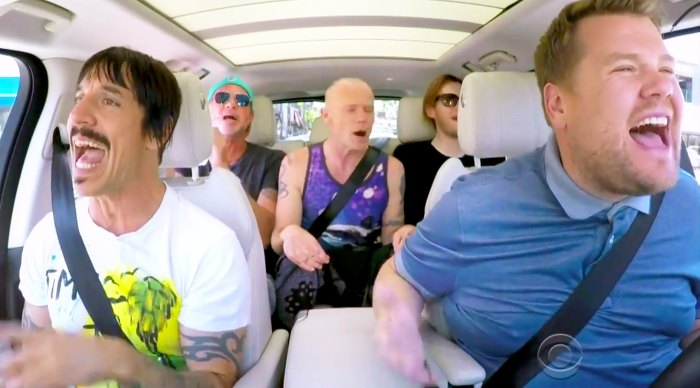 “It’s difficult to wrestle when you are laughing that much,” Corden said after gracefully losing. 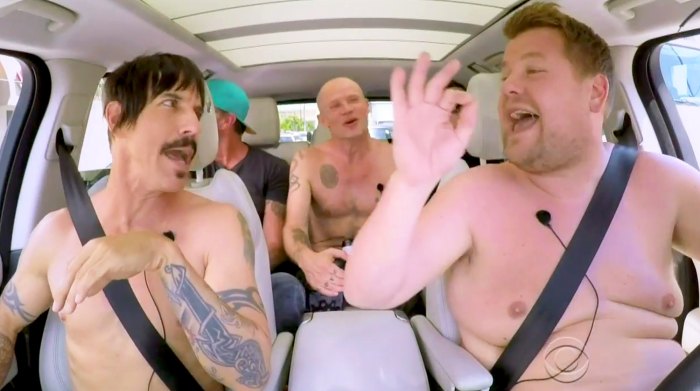 The antics didn’t end there, though. Kiedis, Corden and Flea, 53, decided to go shirtless for the last leg of the trip. “As soon as I took the top off it made me feel great,” Corden said, laughing. “This is the weird thing about having my top off. If I’m in the car on my own with a top off I look weird. Somehow, the fact that the three of us have our tops off it feels completely normal. Am I wrong?”

For more — including which famous singer used to babysit Kiedis — watch the hilarious video above!