Bright idea! Grown-ish star Yara Shahidi just proved that you don’t have to wear bold makeup to positively glow on the red carpet. The 17-year-old actress and activist hit the Barker Hangar in Santa Monica, California, on Thursday, January 11 for the Critics’ Choice Awards wearing a boho chic lavender gown by Giambattista Valli and amped-up natural makeup and hair. Her glam squad let Us in on every detail of the look.

So what goes into creating red carpet magic? Let’s start with the glam squad, which included Shahidi’s steady makeup artist Emily Cheng, hairstylist Nai’Vasha Johnson, stylist Jason Bolden and manicurist Emi Kudo. The crew met at Shahidi’s home and jammed to some tunes while deciding on and doing the look. “Yara is the master of playlists, so our prep is always full of awesome energy. I always say Yara has singlehandedly improved my skill as a makeup artist because I can now work while dancing, whether it be her or me, mostly her. It is hard to keep from swaying to a good song.”

Beauty of the Day: 5 Secrets of Yara Shahidi’s Style 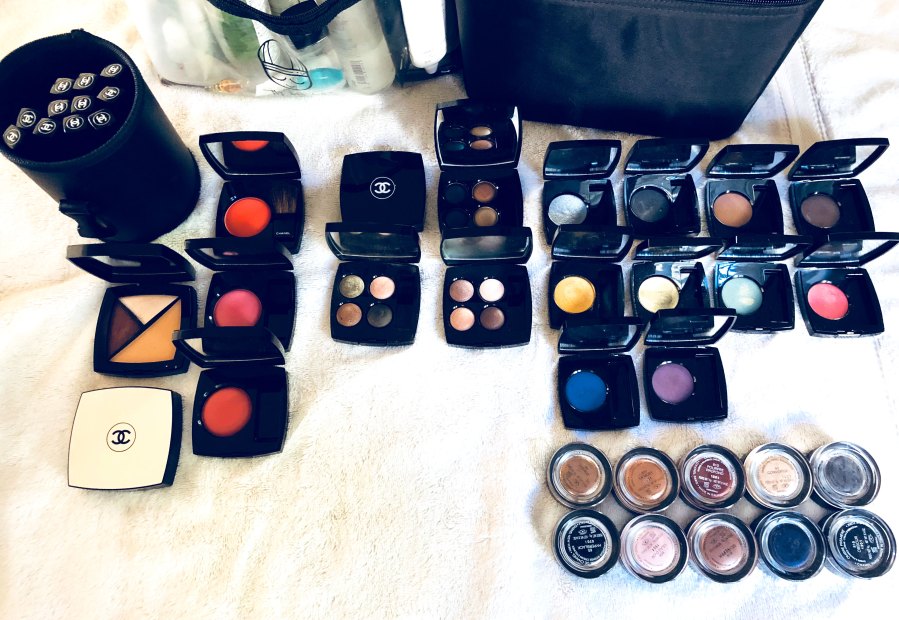 Once they got down to business, Cheng started on the makeup. “She had such a beautiful outfit on, I didn’t want to distract from it, so I used sunset tones to match the beautiful warm shades that embellished her outfit,” she tells Us exclusively. She used a wash of gold and bronze on the eyes, a “coral-y orange” on cheeks and a “sunkissed rose” on the lips. The “fresh, warm glow,” as Cheng describes it, “can brighten up any look!” 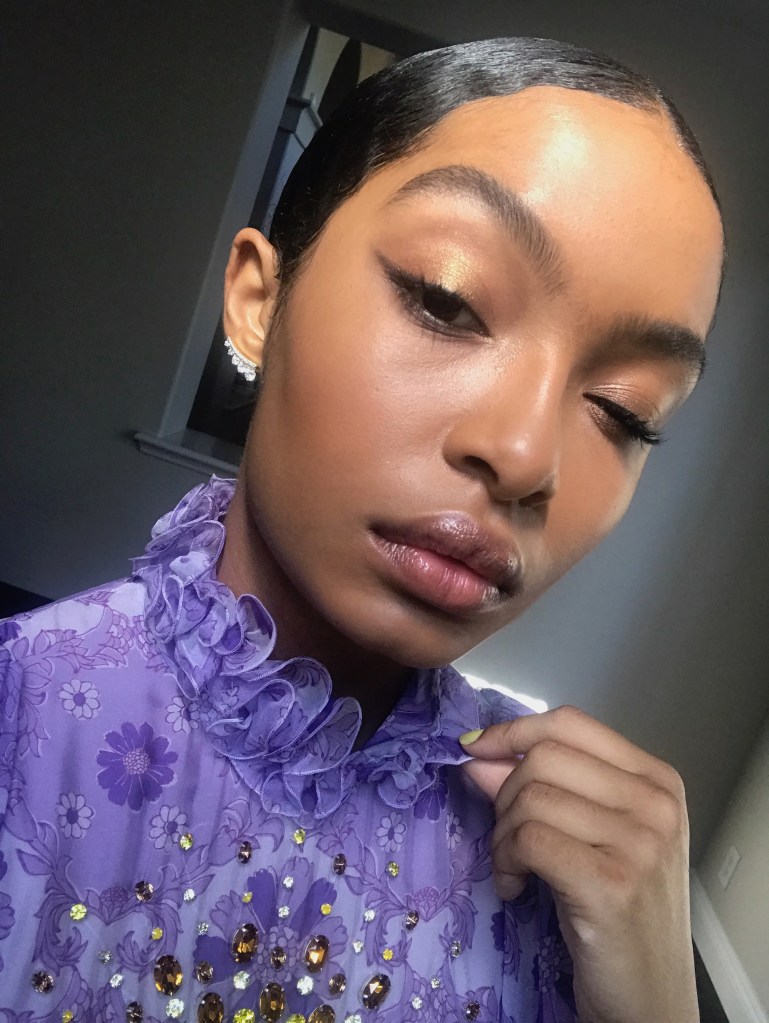 To create the warm lids, Cheng brushed on Chanel Ombre Premiere Longwear Cream Eyeshadow in 806 Terra Brulee, then “pressed” Ombre Premiere Longwear Eyeshadow in 34 Poudre D’or on the center of the eyelids and in the inner corner. “With a fluffy brush, I also picked up some of the blush I used on her cheeks and dusted the entire eyelid.” This trick ties the look together, creating “a harmony of shades throughout the entire face,” Cheng says. She then defined lashlines by smudging Calligraphie de Chanel into lashes at the base, then used a small brush to wing out the line just slightly before topping color with a touch of longwear eyeshadow in Noir Satin for lasting power.

The golden lips and cheeks heightened the overall bronze glow. Chanel Joues Contraste Powder Blush in 380 was swept on the apples of cheeks (and along lids, as mentioned above!), then Cheng used a golden eyeshadow, Chanel Ombre Premiere Longwear Powder Eyeshadow in Poudre D’or on cheekbones as a highlighter. She finished by buffing out color all over the face with a sponge to blend. For the kiss of shimmering color on lips, Cheng applied Chanel Rouge Coco Gloss in Burnt Sugar, blotted excess with a tissue, then topped with Rouge Coco Shine in 126 Beige Dore “to add dimension and shine.”

Yara Shahidi: What’s in My Bag?

For the elegant yet effortless looking hair, stylist Nai’Vasha Johnson’s inspiration was a ‘70s glamour vibe. “The look was a super chic and sleek chignon with a strong middle part,” Johnson tells Us. “I think Yara’s hair statement says that you’re never too young to be chic with style.” To achieve the gorgeous ‘do, Johnson used Oribe gel, mousse and a grooming brush, applying gel to small sections before parting and brushing it back. “When you have very curly or textured hair, section the hair using gel our mousse, then brush it in the desired direction,” Johnson suggests for sleek and lasting hold.