Because one KKW Body fragrance just isn’t enough, Kim Kardashian is following up the spring 2018 launch of her nude-inspired fruity floral with two new editions of the scent — KKW Body II and KKW Body III. And you can bet the campaign for the latest perfumes is just as racy as the first.

Back in April, the beauty magnate caused quite a stir when she began posting nude photos of herself on social media ahead of the initial KKW Body fragrance launch. As it turns out, the bust-like flacon was quite literally molded after her own famous curves, and she is continuing the tradition with these latest launches.

Kardashians’ Halloween Costumes Through the Years!

“The feedback from KKW Body I was amazing, so I’m really excited for you guys to try out Body II and III! All three have such different vibes, including a unisex one (III), so now there’s a scent for everyone and every occasion,” Kardashian said in a statement. “The campaign for these new fragrances is a celebration of the female body in all forms and seeing these women show off their bodies and being proud of who they are is such a strong and powerful message. I hope you love it as much as I do.”

Last week, the KKW Fragrance Instagram account began releasing naked photos of women with all different body types. While the inclusive images show off stretch marks, cellulite and dimples, the pics have caught flack for being completely devoid of any body hair. Regardless, they are once again generating all kinds of buzz ahead of the official debut. 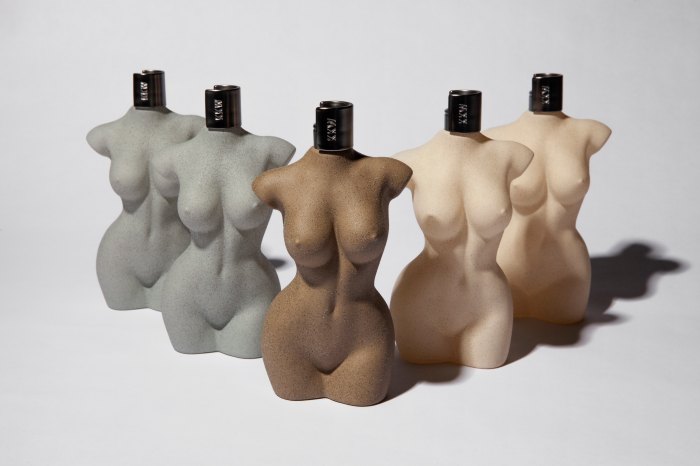 Who Wore It Best: Celebrities Face off in the Same Outfits

While the OG KKW Body is a mix of bergamot, peach, jasmine and rose that the mom of three described as “golden,” Body II and Body III offer different takes on florals. Body II adds notes like mandarin, coconut and neroli for a beachy vibe, and Body III includes lavender, cedarwood and vetiver for a woodier effect.

According to Kardashian, the richer quality of Body III makes it the brand’s first truly unisex offering. After all, her previous launches, the gardenia-inspired trio of Crystal Gardenia, Crystal Gardenia Citrus and Crystal Gardenia Oud, and Valentine’s Day trifecta of KIMOJI Hearts Perfumes in Bae, Ride or Die and BFF, have all been distinctly feminine.

KKW Body II and Body III will retail for $60 each and be available exclusively on KKWFragrance.com at 3 p.m. EST on Friday, November 2.