Beyoncé, who revealed Wednesday, February 1, that she is expecting twins with husband Jay Z, “had given up” trying to get pregnant before she got the happy news, a source close to the pop star reveals in the new issue of Us Weekly.

The parents of 5-year-old Blue Ivy “had been trying and trying to conceive,” says the insider. The “Hold Up” singer, 35 — who shared in her 2013 HBO documentary, Beyoncé: Life Is but a Dream, that she suffered a miscarriage before Blue was born — was “frustrated” after unsuccessful in vitro fertilization treatments, the friend tells Us. “They were looking into surrogates and adoption.”

Just when hope seemed lost, the source says, “out of nowhere, it stuck!” Now, Beyoncé and the rapper, 47 (born Shawn Carter), are “over the moon.” But no one is more excited about the news than big sis Blue: “She was asking about another baby forever. Now she gets two!”

When the 20-time Grammy winner took to Instagram to share her happiness on February 1, the post quickly racked up more than 10 million hits and shattered the record for most-liked Instagram of all time (which was previously held by Selena Gomez‘s coke ad pic). 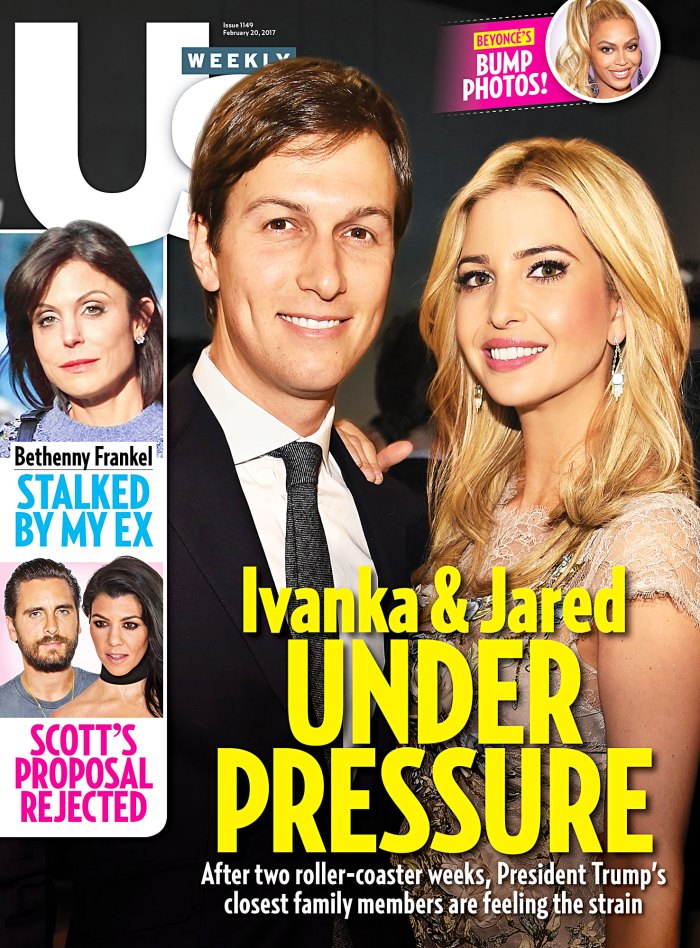 Shot by Los Angeles-based photographer Awol Erizku, the photo featured a veiled Beyoncé wearing lingerie while cradling her growing belly. Behind her was a giant display of multicolored roses and blooms. The photo shoot was a “private collaboration” between Beyoncé and Erizku, shares the pal. “The photos are about new life.”

Beyoncé’s outfit also drew speculation about the babies’ genders. Her blue Liviara silk panties and Agent Provocateur burgundy bra with pink bows seemed to suggest, in some fans’ opinions, that she is carrying a boy and a girl. The Houston native won’t clear that up. Even if she knows the genders, explains the pal, she won’t reveal them.

For more on Beyoncé’s pregnancy, pick up the new issue of Us Weekly, on stands now.