Break the Internet, Amber! That’s right, folks. It’s been almost one year since Kim Kardashian balanced a champagne glass on her famous derriere and posed in a full-frontal nude shoot for Paper magazine.

Now the mag has announced details on its next “Break the Internet” issue, which will feature none other than Slut Walk champion Amber Rose! Considering the history between these two ladies — Rose used to date Kanye West and is besties with Kardashian’s former pal Blac Chyna (who is also the mother of Tyga’s son) — there are sure to be comparisons.

Rose also famously had online beef with Khloe Kardashian after she made comments about Kylie Jenner and Tyga’s relationship last year. 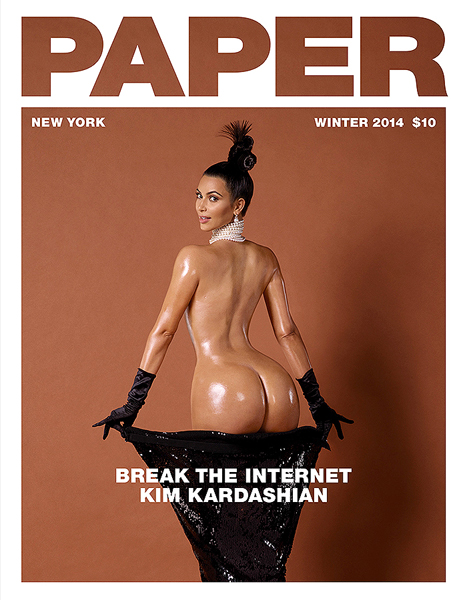 Rose, 32, opened up about her new photo shoot with SiriusXM’s Paper Radio, saying, “I paid homage to feminists throughout the years. It was an amazing shoot. I got to do a lot of really cool things and wear a lot of cool things.”

Kardashian’s famous shoot last November stirred up some controversy after it recreated French photographer Jean-Paul Goude’s 1976 “Carolina Beaumont” photo (also known as “The Champagne Incident”), which many noted promoted racial stereotypes. The shoot has been turned into countless Internet memes and was already recreated by Kelly Ripa this year for Halloween.