Try The Rosé All Your Favorite Stars Are Drinking During Quarantine!
Celebrities React to Claims of Ellen DeGeneres’ ‘Toxic’ Workplace: Katy Perry, Brad Garrett and More
The 5 Most Comfortable Face Masks — From Tory Burch to Amazon
END_OF_DOCUMENT_TOKEN_TO_BE_REPLACED

A turbulent ride in more ways than one. As fans continue to reel from Angelina Jolie and Brad Pitt’s sudden split, flashback to January 2012, when the future exes had another, earlier incident on a private jet, which Us Weekly exclusively reported at the time.

In his pre-Amal days, George Clooney and his then-girlfriend of six months Stacy Keibler hopped on a private jet with the now-estranged couple to travel from L.A. to the Palm Springs International Film Festival.

“Angelina refused to acknowledge that Stacy was even on the plane,” a source previously told Us. “Angelina went out of her way to ignore her, from takeoff to landing. She would not even look Stacy’s way. She was not having it!”

A second insider added that it’s no shock that Jolie, now 41, was unfriendly to the former pro wrestler, now 36. “Angie can be cold,” the source said of Jolie, who once admitted in a Marie Claire interview that she didn’t have many close friends.

The Maleficent actress’ attitude towards her husband’s social circle was just one of the things that took a toll on their relationship after 12 years together. Jolie never meshed with Pitt’s A-list pals and was icy towards them throughout the years. “Angelina was not engaging with Brad’s friends or their wives … particularly in the last couple of years,” a third source told Us.

The London School of Economics visiting professor decided to call it quits on their marriage immediately following a much more serious alleged incident on the couple’s private jet on September 14. While flying from France to L.A, Pitt was arguing with Jolie when he allegedly turned verbally and physically abusive with the kids. The FBI was investigating the incident, and said the agency is “continuing to gather facts and will evaluate whether an investigation at the federal level will be pursued.” 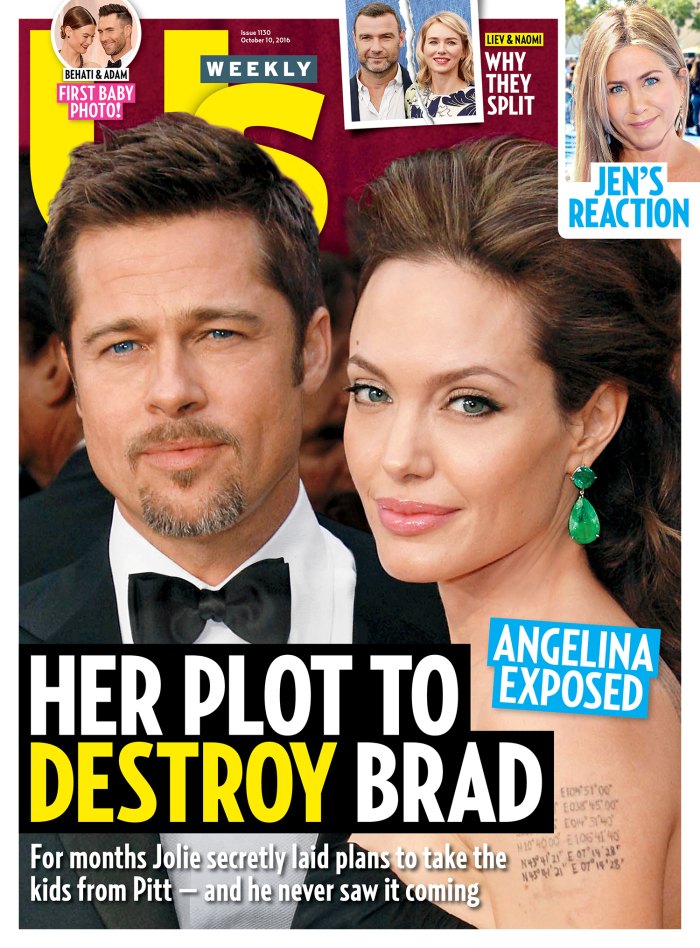 Jolie is now trying to get the upper hand in the custody battle. “Angie says she is going to destroy him,” a source told Us. Pick up the latest issue of Us Weekly for more on the messy split.

Try The Rosé All Your Favorite Stars Are Drinking During Quarantine!
Celebrities React to Claims of Ellen DeGeneres’ ‘Toxic’ Workplace: Katy Perry, Brad Garrett and More
The 5 Most Comfortable Face Masks — From Tory Burch to Amazon
END_OF_DOCUMENT_TOKEN_TO_BE_REPLACED