Get Your Glow On With These 10 Spring and Summer Must-Have Beauty Products
‘Vanderpump Rules’ Reunion Taping Postponed: 7 Questions We Need Answered at the Reunion
Stars Affected by the Coronavirus Pandemic: Tom Hanks, Orlando Bloom and More
END_OF_DOCUMENT_TOKEN_TO_BE_REPLACED

#RelationshipGoals. President Barack Obama had nothing but sweet things to say about his wife, Michelle Obama, in the first lady’s latest cover story for Vogue.

“Michelle never asked to be First Lady,” Barack, 55, told the fashion magazine for their December 2016 issue. “Like a lot of political spouses, the role was thrust upon her.”

“But I always knew she’d be incredible at it, and put her own unique stamp on the job,” Barack — who began his presidency after winning the 2008 election against Republican nominee John McCain — explained to Vogue. “That’s because who you see is who she is — the brilliant, funny, generous woman who, for whatever reason, agreed to marry me.”

Since taking on the role of FLOTUS, Michelle, 52, a Harvard-educated former lawyer, has dedicated herself to four main initiatives. She has launched numerous charity campaigns and advocated for healthy families, service members and their families, higher education as well as international adolescent girls’ education. 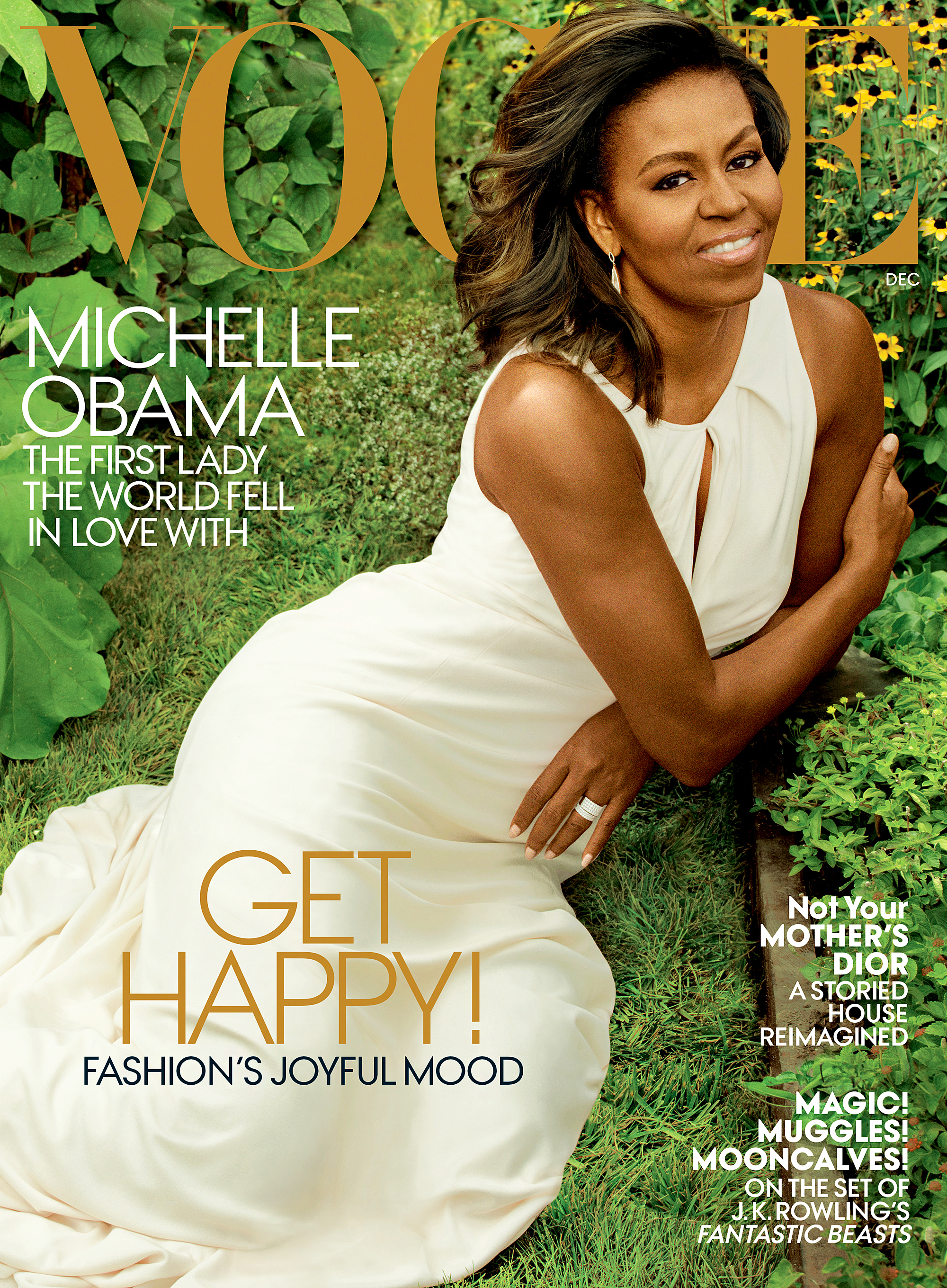 “I think people gravitate to her because they see themselves in her — a dedicated mom, a good friend, and someone who’s not afraid to poke a little fun at herself from time to time,” the president, who shares daughters Malia, 18, and Sasha, 15, with Michelle, continued to Vogue.

Michelle has not only made an impact in the political world, she has become a beloved figure in pop culture as well. She’s a bona fide fashion icon and a pro on social media. The Chicago native has played herself on popular TV shows such as NCIS and Parks and Recreation and has even participated in a viral Carpool Karaoke session with The Late Late Show host James Corden.

After making her mark during two terms in Washington, D.C., Michelle told Vogue that heading into her and Barack’s next chapter of life is bittersweet.

“You know, there are little . . . moments. Even today I was looking out at this view here,” she revealed, gesturing to the White House windows. “Looking out on the South Lawn and the Washington Monument and it had just rained and the grass was really green and everything popped a little bit more. It’s soooo beautiful. And for that moment I thought, I’m going to miss waking up to this, having access to this anytime I want.”

Still, the American Grown author — who, with Barack, welcomed President-elect Donald Trump and soon-to-be First Lady Melania Trump to the White House on Thursday, November 10 — is itching regain a sense of normal life after the new First Couple moves in this January.

“But on the flip side . . . it’s time. I think our democracy has it exactly right: two terms, eight years. It’s enough. Because it’s important to have one foot in reality when you have access to this kind of power. The nature of living in the White House is isolating,” she admitted. “And I think Barack and I — because we’re kind of stubborn — we’ve maintained some normalcy, mostly because of the age of our kids. I go out to dinner with my girlfriends; I go to Sasha’s games; Barack has coached a little basketball with Sasha’s team. But at the same time, when you can’t walk into CVS?”

Get Your Glow On With These 10 Spring and Summer Must-Have Beauty Products
‘Vanderpump Rules’ Reunion Taping Postponed: 7 Questions We Need Answered at the Reunion
Stars Affected by the Coronavirus Pandemic: Tom Hanks, Orlando Bloom and More
END_OF_DOCUMENT_TOKEN_TO_BE_REPLACED