Brad Pitt is reconnecting with his past. Amid the 53-year-old’s bitter divorce from Angelina Jolie, he has “been texting” with ex-wife Jennifer Aniston, a source close to the Mother’s Day star reveals in the new issue of Us Weekly.

Brangelina's Most Stylish Red Carpet Moments of All Time

Pitt, who didn’t have Aniston’s cellphone number (they divorced in 2005 after five years of marriage), tracked it down through “a tangled web” of contacts so he could send well wishes for her 48th birthday February 11, explains the insider. “They started talking once he wished her a happy birthday.” 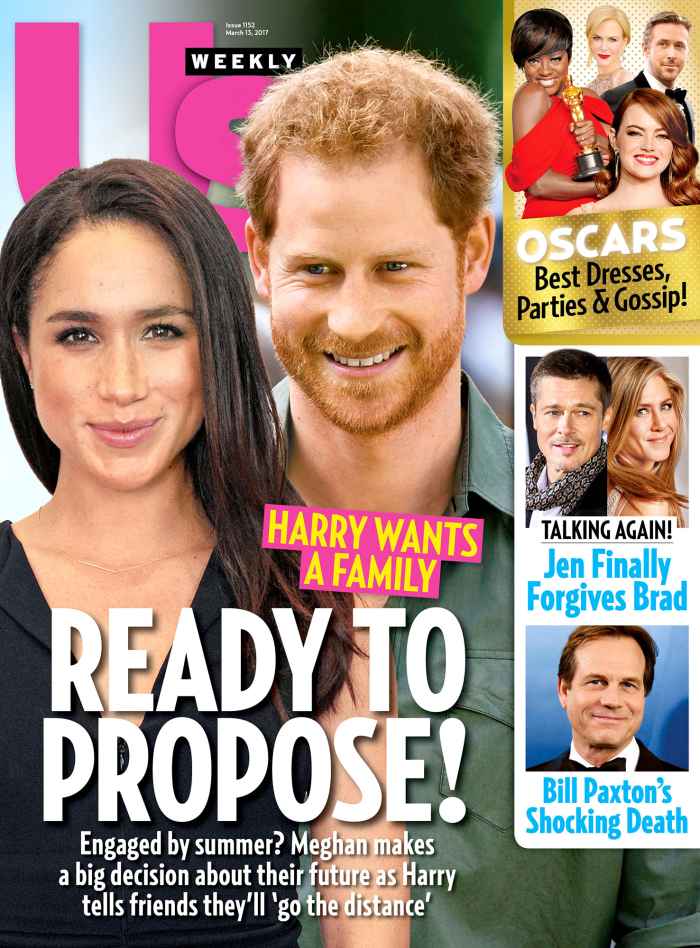 The Allied star — currently battling Jolie, 41, for joint custody of Maddox, 15, Pax, 13, Zahara, 12, Shiloh, 10, and 8-year-old twins Knox and Vivienne — “has confided in Jen,” reveals the source. “Brad told her he’s having a hard time with his split and they exchanged a few texts reminiscing about the past.”

While the Oscar-winning actor’s personal life has been troubled since Jolie filed for divorce in September after an alleged child abuse incident that month involving Maddox (the FBI cleared the star in November), Aniston is happily settled. The 48-year-old actress, who married Justin Theroux in 2015, spent her birthday in Cabo San Lucas, Mexico, with her love of six years after he whisked her away on a private jet for a romantic six-night birthday and Valentine’s Day escape.

And for his part, the Leftovers star, 45, wasn’t rattled by his wife’s phone time with her ex. “Justin is OK with them being friends,” notes the insider. Besides, the source adds, he knows “Jen just wants to be nice.”