Let him break the ice! Britney Spears opened up about her relationship with boyfriend Sam Asghari for the first time in a new interview. According to the superstar, 35, her romance with the 22-year-old fitness model began with some on-set awkwardness while filming her “Slumber Party” music video last year. Listen to what she had to say in the video above!

PHOTOS: Britney Spears' Most Iconic Moments: From a Sexy School Uniform to Dancing With a Snake and More

“I think we were at, um … we were shooting,” Spears said during a Friday, January 20, interview on CBS Radio’s Fast in the Morning With Nathan Fast. “We were doing the scene where I was doing the walk scene through the hall to go through the door to go to the bedroom, and we were sitting there and waiting and waiting together for like 20 minutes at a time.”

She added: “We were having to be literally stuck there together, so we were basically forced to talk to each other.”

And yes, things were a bit uncomfortable between them at first. The Grammy winner said that their conversation was a little stilted until they started chatting about her favorite food: sushi. 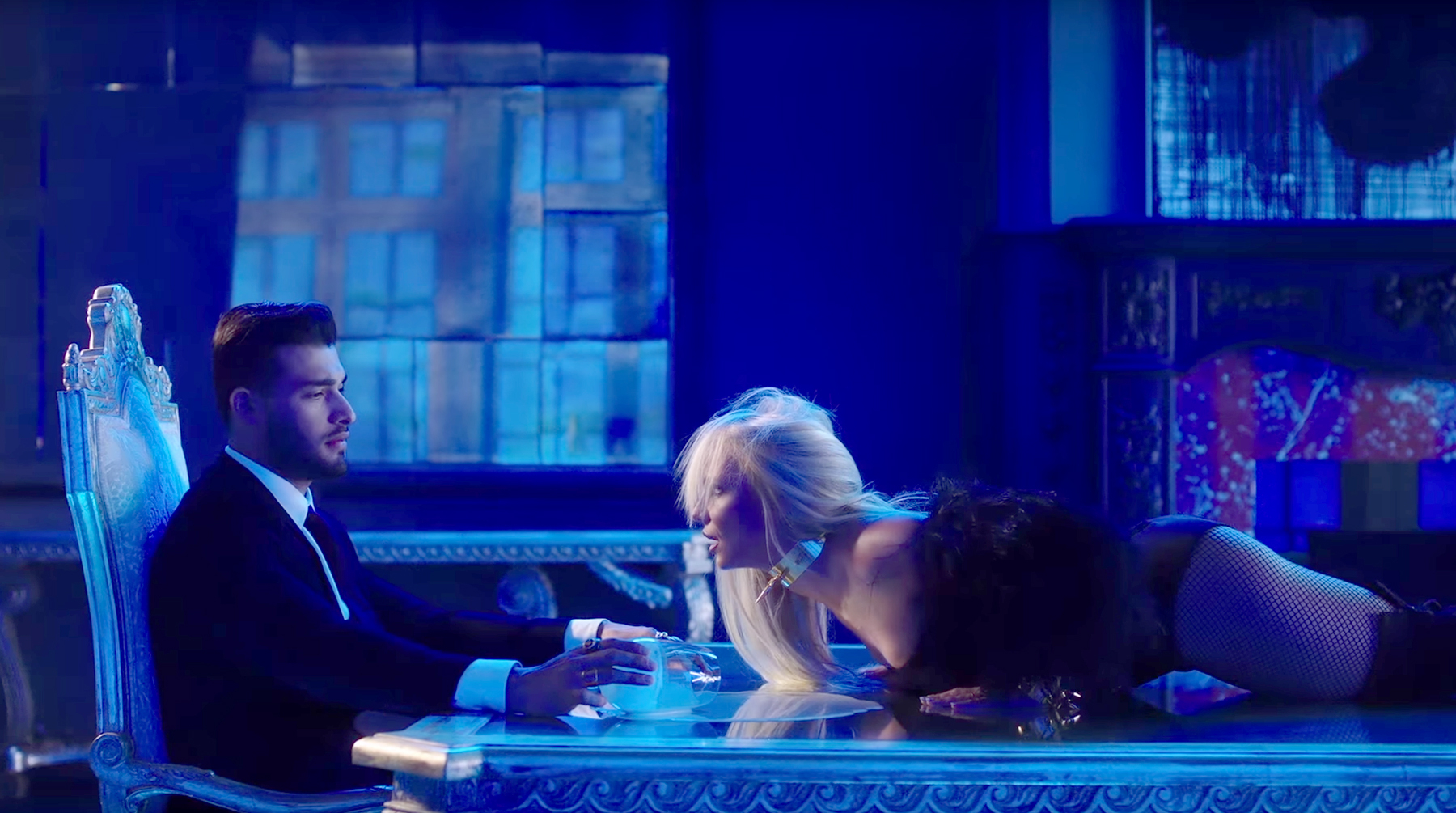 “He has no idea … I mean, he knows my name but he doesn’t really know me as a person. He’s like, ‘What is this girl like?’ and I have no idea who the hell he is, you know?” she continued. “We started talking about sushi and started talking about things we like and like we should go to sushi one day.”

It was then that sparks started flying, and Asghari gave Spears his digits. “[We were like], ‘Let’s do this, let’s do this,’ and he said, ‘OK, I’ll give you my number after the thing.'”

The pop icon — who filmed the clip for “Slumber Party” with Asghari one month ahead of its November release — told the radio show that it took her a while to build up the courage to give the hard-bodied hunk a call.

“So it wasn’t even a serious thing,” Spears said. “It was one of those things that we were having a conversation to get through the experience, you know? I kept his number, and it was so weird — it was like five months later, and I found his number in my bag. I was like, ‘He is really cute. This guy is really cute.’ So then I called him, and ever since then, he is just a really fun, funny person.”

As previously reported, Spears and her new beau got cozy at her friend’s birthday party in Beverly Hills on Thursday, January 5. The chart-topping diva and Asghari attended CAA agent Cade Hudson‘s 30th birthday bash, where they were spotted getting flirty. “She was rubbing her boyfriend’s arm,” an insider told Us at the time. A second source added, “She kept leaning on him.”

Mad love ❤️ for this one pic.twitter.com/8qgqdIn22b

On January 13, Spears took to Twitter to share a sizzling shirtless shot of Asghari, using the L-word to describe her feelings for her man. “Mad love for this one,” she wrote.