Chris Brown posted a flirty comment on an Instagram photo of his ex-girlfriend Rihanna from the 2017 Crop Over festival in her home country of Barbados on Monday, August 7. 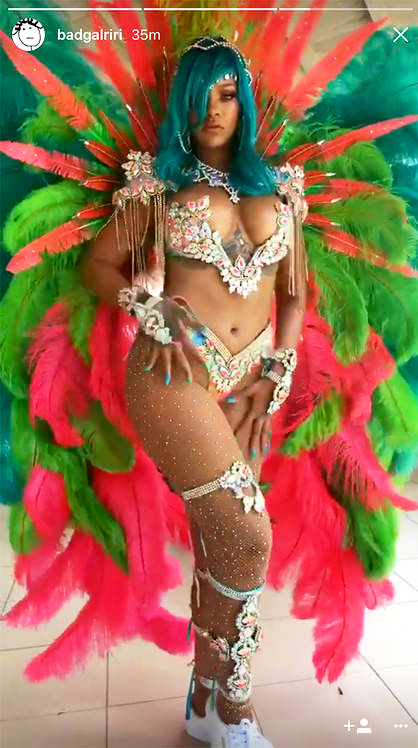 After the “Work” singer, 29, showed off her eye-catching, barely there costume, which featured a bedazzled bra and colorful feathered wings, eagle-eyed fans noticed that the comments section included a message from none other than Brown, 28. He simply commented with an emoji of a pair of googly eyes, which people often use to express their attraction to another person.

Many fans were quick to criticize the “Party” crooner for leaving his mark, likely due to the former couple’s volatile past. “Leave her alone!!” one Instagram user replied, while another added, “Pls keep your negative energy away from Rihanna.” 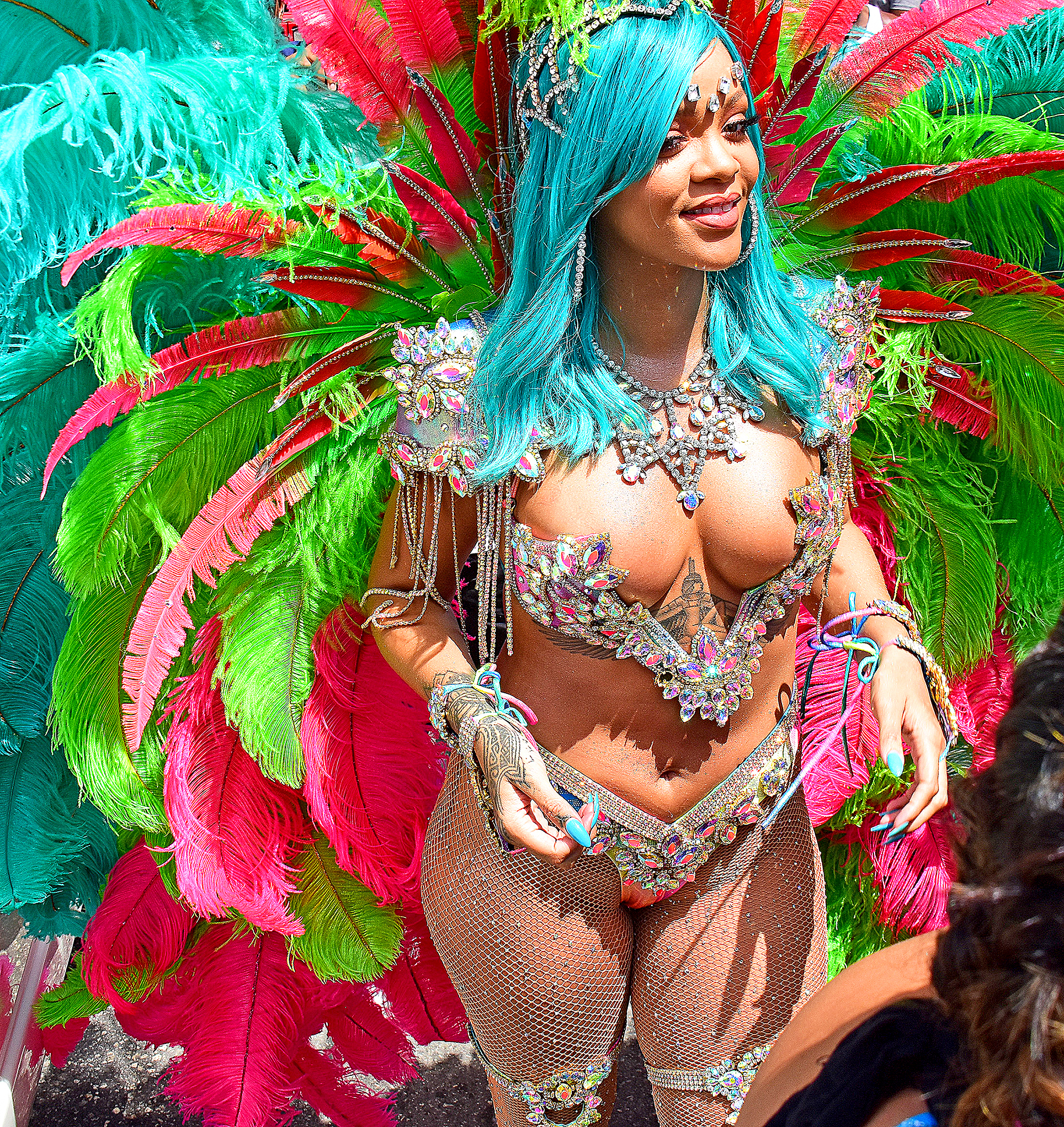 Twitter users also took note of the comment. “Chris Brown had the audacity to comment under Rihanna’s picture. Imagine being that bold,” one fan tweeted. Another wrote, “Chris brown just leave her alone my guy.”

Rihanna and Brown went public with their relationship in 2008. They split in February 2009 after he assaulted her in his car on the eve of the Grammy Awards, sending her to the hospital bloodied and bruised. Brown spent six years on probation after pleading guilty to the crime. The singers briefly rekindled their romance from late 2012 to mid-2013, and have since been linked to other people.

“I was very protective of him,” the “Love on the Brain” singer told Vanity Fair in November 2015. “I felt that people didn’t understand him. Even after … But you know, you realize after a while that in that situation you’re the enemy. You want the best for them, but if you remind them of their failures, or if you remind them of bad moments in their life, or even if you say I’m willing to put up with something, they think less of you — because they know you don’t deserve what they’re going to give.”