TMI alert! Chrissy Teigen stuns on the July 2017 cover of Marie Claire magazine, but it’s what she told the mag that has Us blushing! The Cravings author, 31, shared the most personal details about her sex life — and body — with husband John Legend during the interview.

“John and I had a double date, and we were joking around, and I go, ‘John’s never seen my butthole.’ And John says, ‘Are you kidding? Every time anyone does anything doggy style, you see a butthole. I see it every time.’ I was like, ‘We are never doing it doggy style again,’” Teigen revealed to the magazine.

“I would definitely adopt or have foster children,” she dished. “But I loved being pregnant. Maybe I should be scared [of having postpartum depression again], but I don’t know. It couldn’t be any worse than it was – could it?” 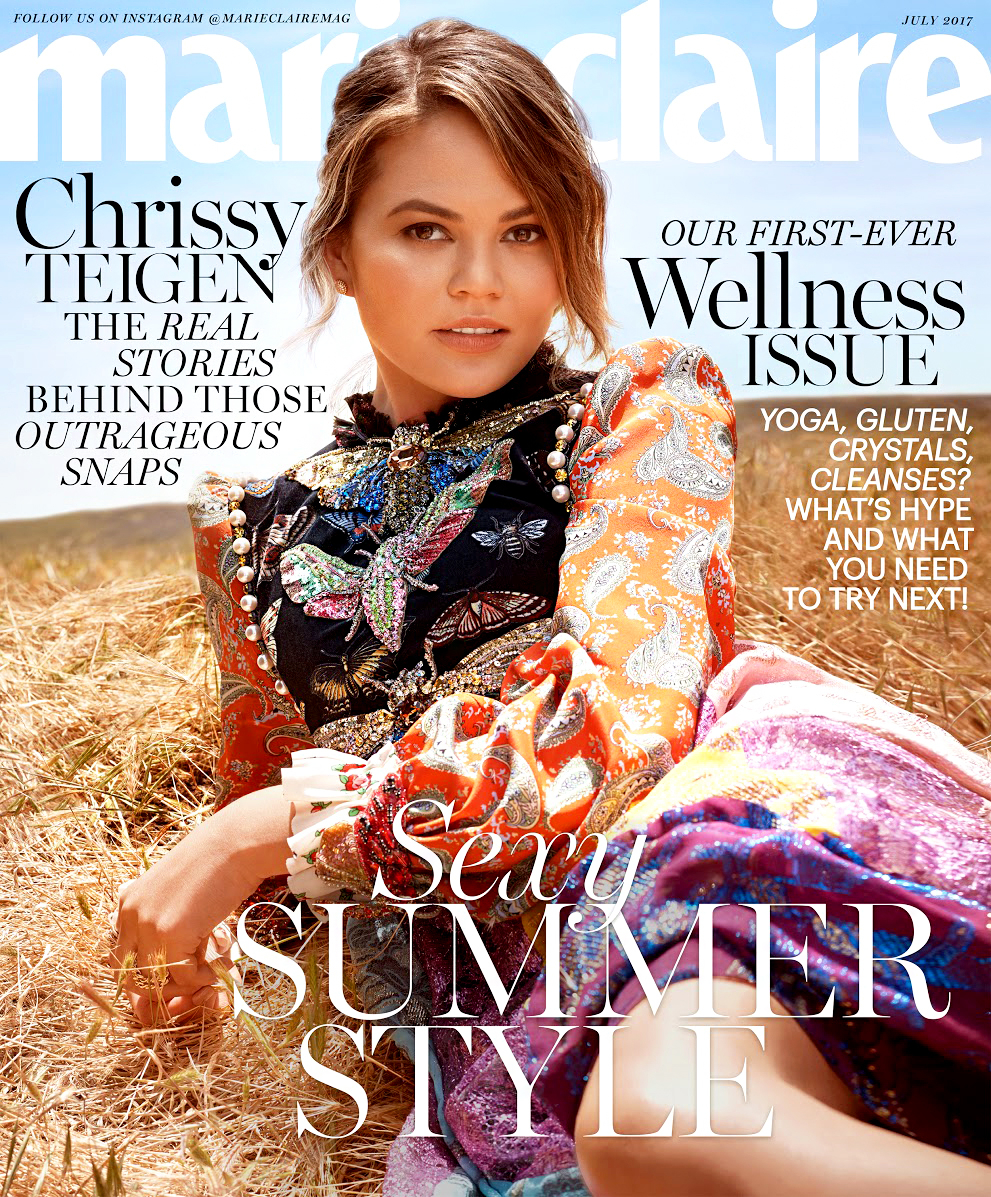 As previously reported, Teigen, who used IVF to conceive, revealed in an emotional essay penned for Glamour magazine in 2016 that she battled postpartum depression after welcoming her first child.

“I had everything I needed to be happy. And yet, for much of the last year, I felt unhappy. What basically everyone around me — but me — knew up until December was this: I have postpartum depression,” she wrote at the time. “How can I feel this way when everything is so great? I’ve had a hard time coming to terms with that.”