Get Your Glow On With These 10 Spring and Summer Must-Have Beauty Products
‘Vanderpump Rules’ Reunion Taping Postponed: 7 Questions We Need Answered at the Reunion
Stars Affected by the Coronavirus Pandemic: Tom Hanks, Orlando Bloom and More
END_OF_DOCUMENT_TOKEN_TO_BE_REPLACED

Since the day Angelina Jolie filed for divorce from Brad Pitt, her partner of 12 years and husband of two, their split has continued to make headlines. Now, sources close to the former pair spill new details exclusively to Us Weekly about the fateful flight that ended their marriage. Find out more in the video above, and detailed below.

Brangelina: The Way They Were

Over the course of a roughly 12-hour journey from Nice, France, to Los Angeles on September 14, 2016, the Allied actor, 53, “was drinking heavily,” one insider claims. About an hour before touching down at Minnesota’s Falls International Airport to refuel, the Maleficent actress, 41, grew frustrated and asked her hubby to “sober up,” the source alleges.

As the plane came in for a landing, Jolie texted a travel coordinator to hire extra cars to ferry her and the couple’s six children — Maddox, 15, Pax, 13, Zahara, 12, Shiloh, 10, and twins Knox and Vivienne, 8 — to a hotel in an attempt to diffuse the situation with Pitt. “She said they could talk about everything in the morning,” the insider tells Us.

Once they touched down in L.A., the kids “piled into the cars Angie pointed them to and locked the doors,” the source says, as Pitt hopped into a separate vehicle and traveled to an undisclosed location without his family. 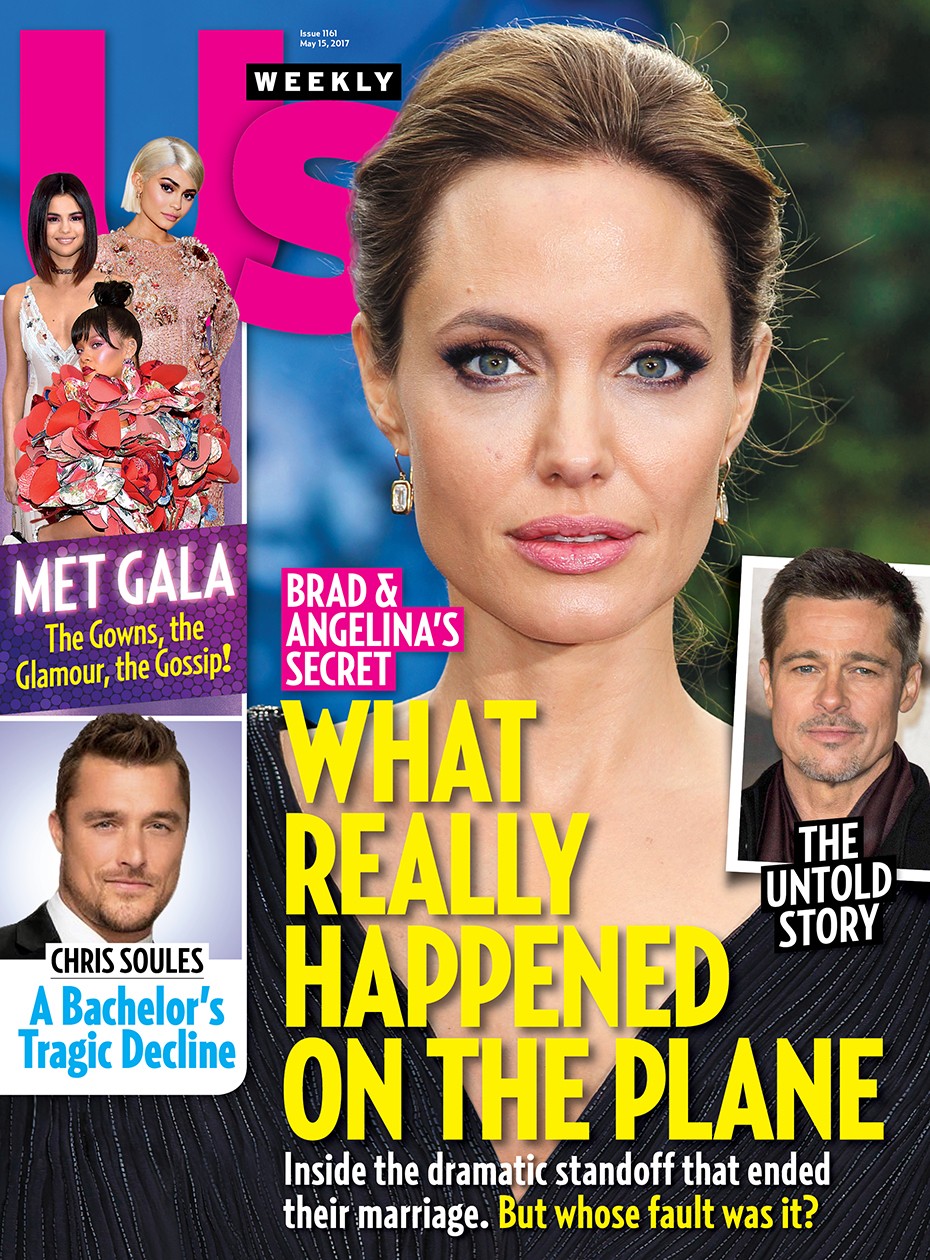 Though many surmised that the plane incident was the final straw that pushed Jolie to file for divorce in September, an insider claims she made up her mind about ending the marriage months prior.

Brangelina's Romance in Their Own Words

Since then, Pitt has hired a therapist and a sober coach. “Today, Brad sees the kids and talks to Angie as little or as much as she wants,” a source close to the actor, who was cleared of child abuse allegations in November, tells Us. “He’s not making any demands. He’s just trying to do whatever he can to rebuild his relationship with Angie and his children.”

For more on the night of the plane incident, pick up the new issue of Us Weekly, on newsstands now.

Get Your Glow On With These 10 Spring and Summer Must-Have Beauty Products
‘Vanderpump Rules’ Reunion Taping Postponed: 7 Questions We Need Answered at the Reunion
Stars Affected by the Coronavirus Pandemic: Tom Hanks, Orlando Bloom and More
END_OF_DOCUMENT_TOKEN_TO_BE_REPLACED