Jessica Simpson 'Felt Like a Call Girl' Amid Secret Affair With Movie Star
John Legend: How My Kids With Chrissy Teigen Adjusted to New Baby
You Love Dolly Parton’s Music, but Have You Read Her Books?
END_OF_DOCUMENT_TOKEN_TO_BE_REPLACED

Seeing the positives. Jinger Duggar and Jeremy Vuolo opened up exclusively to Us Weekly about their upcoming book, during which they don’t hold back about both the good and bad times.

In 2015, the family was tested as Josh Duggar made headlines after multiple girls came forward and claimed he molested them when he was 14. Shortly after, he admitted publicly that he had cheated on his wife and went to rehab.

The family’s response played out on Counting On, the 19 Kids and Counting spinoff.

“Walking through that that season, it was one of the hardest times of our lives,” Jinger, 27, told Us, noting that it was in times like those when she found out who her true friends were. “It’s in those times where it’s not popular to be your friend, seeing how they responded really showed us the love of Christ through them and through their friendships. I think that was something that stood out to me and I saw the friends who came so close and were like, ‘Hey, I’ll just sit with you,’ ‘I’ll bring you a meal or hang out with you if you want to.’ In those times I thought, ‘Man, that really meant the most.'”

In 2015, Josh, now 33, released an apology, admitting that he is “the biggest hypocrite ever” and that he was “unfaithful” to his wife.

Duggar Love! All of the Family's Courtship Beginnings

“I brought hurt and a reproach to my family, close friends and the fans of our show with my actions that happened when I was 14-15 years old, and now I have re-broken their trust,” he added at the time. “The last few years, while publicly stating I was fighting against immorality in our country, I was hiding my own personal failings. As I am learning the hard way, we have the freedom to choose to our actions, but we do not get to choose our consequences. I deeply regret all hurt I have caused so many by being such a bad example. I humbly ask for your forgiveness. Please pray for my precious wife Anna and our family during this time.”

Anna and Josh worked through their relationship after he went to rehab and are the parents of six children.

Although it was an extremely difficult time for the family to go through, especially in public, Jinger and Vuolo, 33, see the silver lining.

“Our family was way closer because of that, and in spite of that, I guess you’d say,” she told Us. “I will never forget how I felt in that moment. And I think even everything that happens in our lives — because we’re in the public eye — it makes it more challenging because then it’s not just dealing with these things inwardly, but you have to give an answer to the world. That makes it a much tougher thing to walk through.” 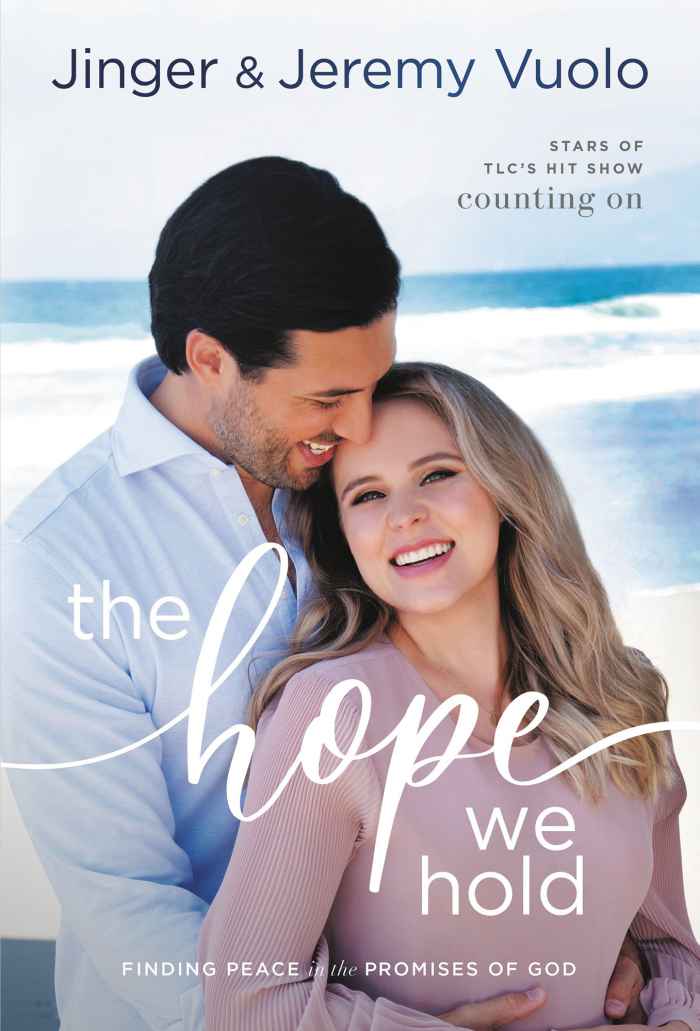 The couple’s book, The Hope We Hold: Finding Peace in the Promises of God, will be released on May 4.

Jessica Simpson 'Felt Like a Call Girl' Amid Secret Affair With Movie Star
John Legend: How My Kids With Chrissy Teigen Adjusted to New Baby
You Love Dolly Parton’s Music, but Have You Read Her Books?
END_OF_DOCUMENT_TOKEN_TO_BE_REPLACED