This One-Piece Swimsuit Is So Flattering, You’ll Never Want to Take it Off
This Family-Friendly Virtual Pet Game Will Be The Next Hit Of Your Household!
This Affordable Kaftan From Amazon Is Giving Us Serious Zara Vibes
END_OF_DOCUMENT_TOKEN_TO_BE_REPLACED

What a difference a few months make.

For nearly two years, Rob Kardashian lived as a virtual shut-in at sister Khloé’s home, shunning family get-togethers while he grappled with a 100-pound weight gain and depression. But since he began dating Blac Chyna in January, the Arthur George sock designer, 29, has slimmed down and reconnected with family. “The whole family sees that it’s her who brought Rob back,” a family insider says of the 27-year-old makeup salon owner in the new issue of Us Weekly. Mom Kris Jenner is especially thankful. Continues the source, “Kris is so grateful to Blac Chyna for rehabilitating her son.” 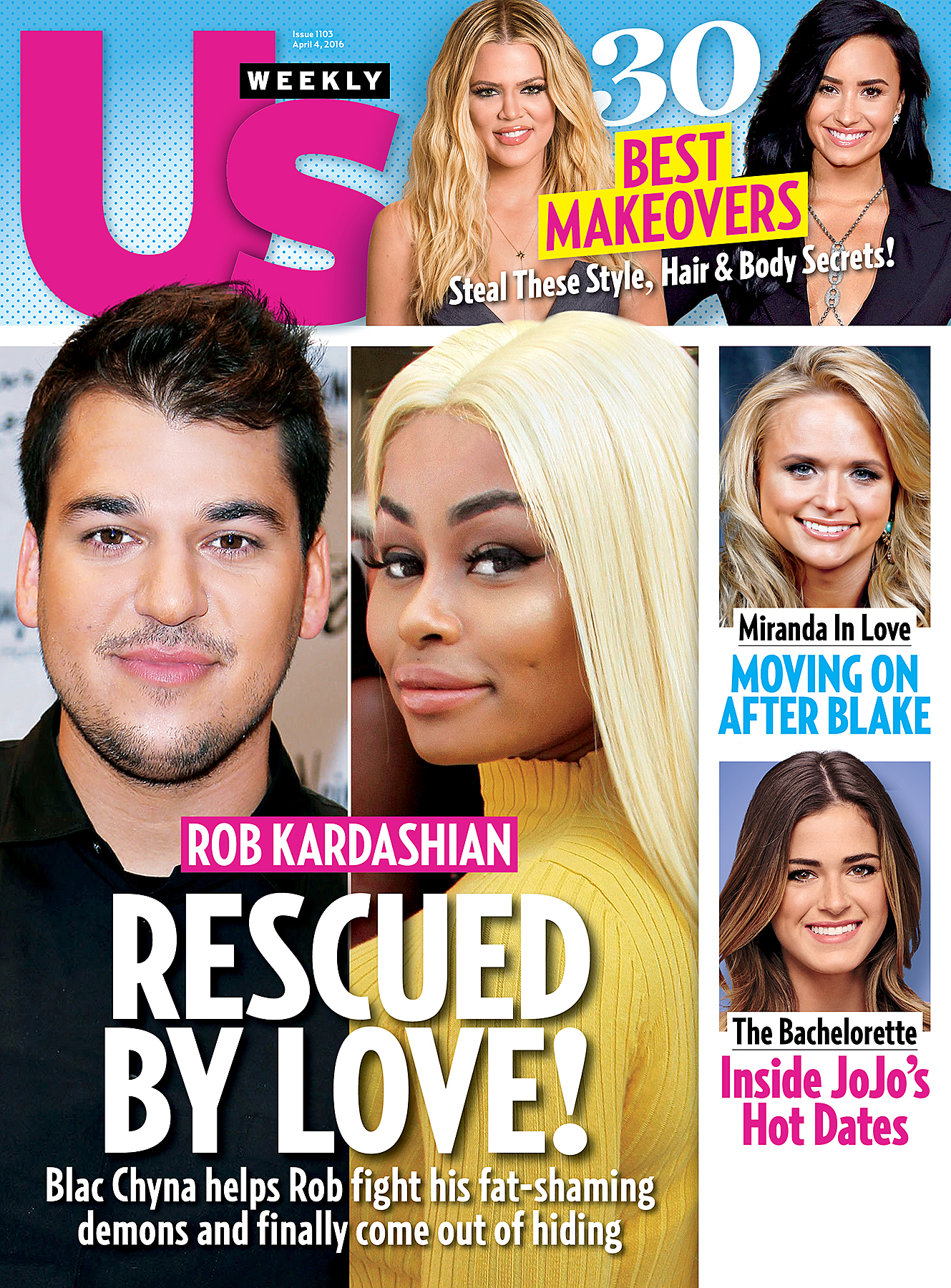 The secret to Chyna’s success: simple TLC. Rob, who split from his last girlfriend, Rita Ora, in 2012, “went forever without any girl being interested in him,” says a pal. “His confidence was shattered for so long, so to have this banging girl all over him has given him a new lease on life.”

Newly self-assured and 65 pounds lighter than he was at his heaviest, per a source, Rob has been appearing in public more as of late. He and Chyna, says the Rob source, often hang with her 3-year-old son, King Cairo: “They have fun all day long.” The toddler joined them for a March 16 visit to Legoland near San Diego.

Three days before that, Rob and Chyna hit up the BritJam music festival in Montego Bay, Jamaica. Rob, who snapped photos with fans, “was very social,” the event MC, DJ Crazy Neil, tells Us. Neil even grabbed Rob from the VIP section: “I dragged him out and made him dance!”

But for all Chyna has done for Rob, the Kardashians aren’t quite ready to fully embrace her. The onetime close friend of Kim Kardashian had a falling out with the family in 2014 after then-fiancé Tyga (the father of King Cairo) dumped her and began dating Kylie Jenner. Says the family insider, “There’s no ill will toward her, but yes, they’re cautious because of the Kylie and Tyga situation.”

PHOTOS: Stars Who Got Their Start on Reality TV

For more on Rob and Chyna, pick up the new issue of Us Weekly, on stands now.

This One-Piece Swimsuit Is So Flattering, You’ll Never Want to Take it Off
This Family-Friendly Virtual Pet Game Will Be The Next Hit Of Your Household!
This Affordable Kaftan From Amazon Is Giving Us Serious Zara Vibes
END_OF_DOCUMENT_TOKEN_TO_BE_REPLACED
Close widget