Scoop up Amazon's Most In Demand Pull Up Sweater for 46% off!
Jennifer Aniston’s Facialist Compared This Mascara to Having Lash Extensions
Scoop Up the Foot Massager Kris Jenner Gifted to Her Daughters — $120 Off!
END_OF_DOCUMENT_TOKEN_TO_BE_REPLACED

In-law drama. Meghan Markle feels somewhat responsible for the ongoing rift between her husband, Prince Harry, and his brother, Prince William, a source reveals exclusively in the new issue of Us Weekly.

That said, the Duchess of Sussex’s “conscience is clear,” according to the source, “and she’s not beating herself up for things she can’t control.” In fact, Meghan, 38, believes Harry, 35, and William, 37, “will patch things up eventually,” the source tells Us.

Case in point: The brothers came together three months later to issue a rare statement denying the validity of a report that claimed William’s “bullying attitude” led Harry and Meghan to step back from royal duties.

“Despite clear denials, a false story ran in a U.K. newspaper today speculating about the relationship between the Duke of Sussex and the Duke of Cambridge,” the princes’ spokespeople told Us in January. “For brothers who care so deeply about the issues surrounding mental health, the use of inflammatory language in this way is offensive and potentially harmful.”

Prince Harry and Meghan Markle: A Timeline of Their Relationship

The royals’ relationship still seemed tense earlier this month though when they attended the Commonwealth Service at Westminster Abbey in London. Harry and Meghan smiled and said hello to William and Duchess Kate, who barely acknowledged their in-laws. 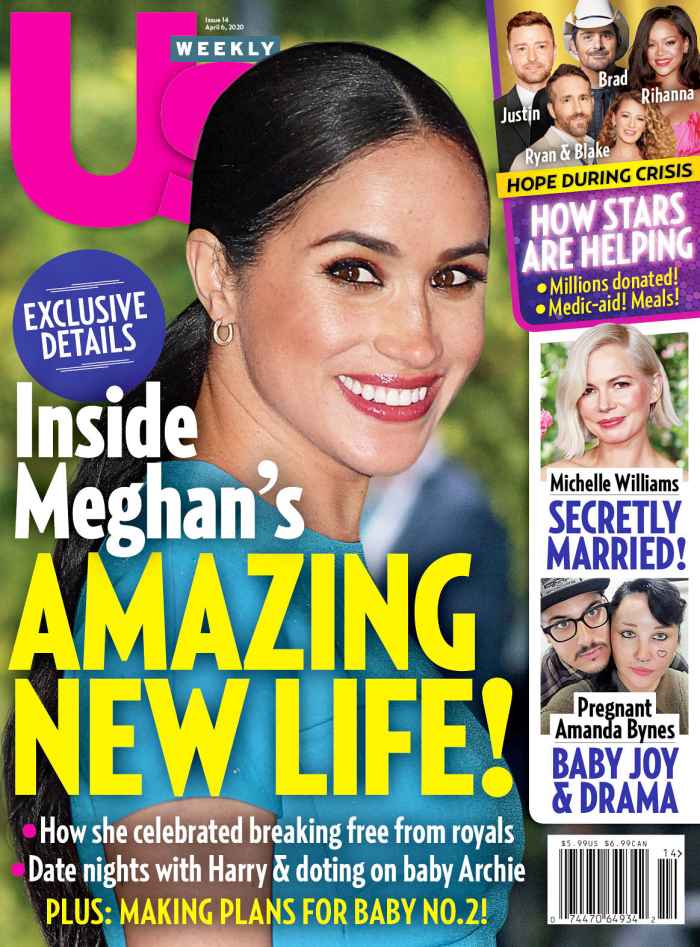 “Meghan and Harry were smiling at Kate and William, but even when Kate turns around to sit down there’s absolutely no smile on her face — none,” body language expert Blanca Cobb told Us on March 9. “That leads us to believe that something is going on.”

For more details on Meghan’s new life away from the U.K., watch the video above and pick up the new issue of Us Weekly, on newsstands now.

Scoop up Amazon's Most In Demand Pull Up Sweater for 46% off!
Jennifer Aniston’s Facialist Compared This Mascara to Having Lash Extensions
Scoop Up the Foot Massager Kris Jenner Gifted to Her Daughters — $120 Off!
END_OF_DOCUMENT_TOKEN_TO_BE_REPLACED