Their first meet and greet occurred at a recent royal event. “It went really well,” the insider tells Us. “Everyone loved Meghan.” 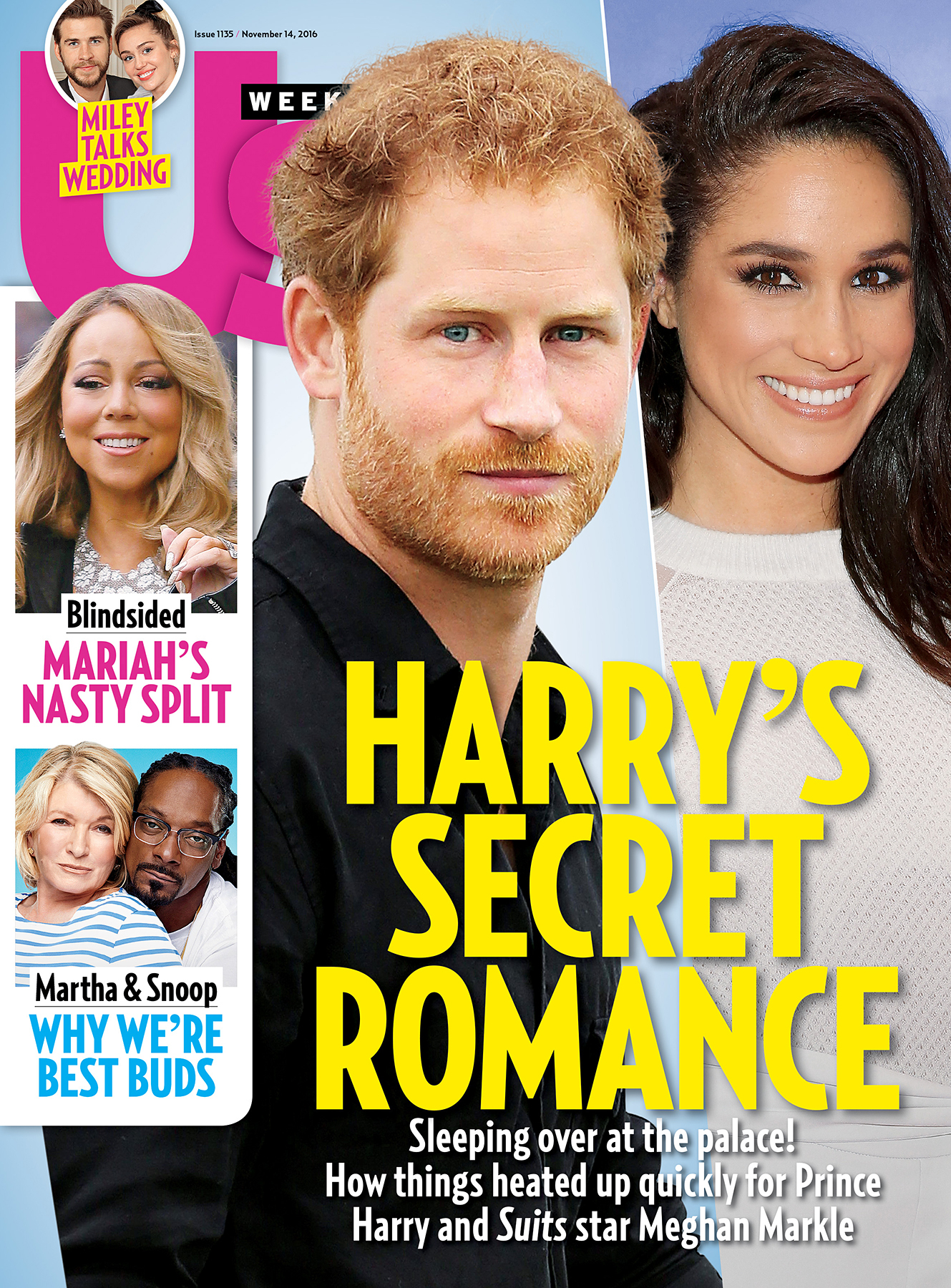 As Us Weekly exclusively confirmed, Prince Harry and the Northwestern University grad, 35, have been texting regularly since June. On October 28, he booked a commercial flight to Toronto’s Pearson International Airport to be with her. (Markle’s USA Network drama has been filming in the area since 2011.)

Sleep tight xx (Update: Thanks so much to those who shared the photo cred 🙂 I didn’t know, and I love it! Credit where credit is due: I’m bananas for this @percxption) ???

“He was buzzing with excitement when he arrived,” a Harry pal said in the new issue of Us Weekly. “[A] car was waiting at the airport so he could be driven to Meghan’s house.”

The couple have a lot in common, including their love of philanthropy and animals. “Harry’s in a really good place,” a third source tells Us. “Being able to find his true purpose through his work and now being able to share it with someone else. Everyone is so happy for him.”

Although the pair have yet to go public, Markle did hint at the relationship on social media. On Halloween, hours after their romance was confirmed, she posted an Instagram pic of two bananas spooning each other. “Sleep tight xx,” she wrote.

For more on the royals’ love life, pick up the new issue of Us Weekly, on stands now.