Duchess Kate Reportedly Uses This Natural Alternative to Botox — 31% Off!
Jennifer Aniston’s Facialist Compared This Mascara to Having Lash Extensions
Grab One of the Best Deals on Apple AirPods in Years — 50% Off!
END_OF_DOCUMENT_TOKEN_TO_BE_REPLACED

Duchess Kate and Prince William’s daughter, Princess Charlotte, was treated like a queen on her third birthday May 2.

At Willcocks Nursery School in London — she attends Monday through Thursday for half-day lessons — the tot was surprised with a cake to share with her classmates. Back home at Kensington Palace by lunchtime, the sister of Prince George was met with another celebration, this time thrown by Mom and Dad.

“They like to make a fuss on the kids’ birthdays,” a royal confidant reveals in the new issue of Us Weekly. “There is always cake, her favorite dinner and a lot of presents.”

The greatest gift of all, perhaps, arrived a week earlier when Kate, 36, gave birth to Prince Louis. “Charlotte is really enjoying having a younger brother to play with,” the source explains of the newest heir, born April 23. “She’s taking her big sister duties very seriously. She won’t leave baby Louis’ side.”

Prince William and Duchess Kate's Sweetest Moments With Their Kids

After all, she takes after her older brother. George, 4, is “protective,” says the insider. “Charlotte is just like him. They have a great bond, and a similar connection is growing between Charlotte and Louis.”

Though the little princess — Will, 35, says she “loves dancing” — is “definitely a girly girl,” according to the source. And she has no problem holding court. “She’s very confident,” adds the insider. “She’s not afraid of a grazed knee and it’s not going to stop her from running around. She moves at the speed of light!”

Chasing after three has Will and Kate glowing. “They are soaking up every minute they can,” says the insider. “Their dream was always to have three kids.”

And though their growing brood means “thrice worry,” as Will has joked, the duo aren’t against expanding once more. Adds the source, “They never say never!” 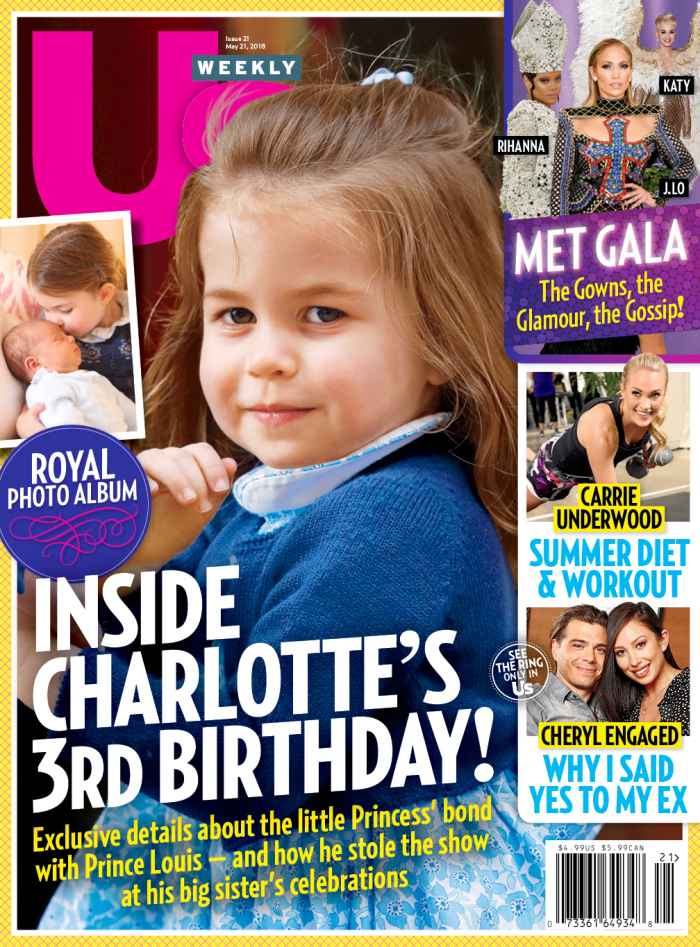 For more on the royals, pick up the new issue of Us Weekly, on newsstands now!

Stay up to date with the latest Royal news by subscribing to our new podcast ‘Royally Us’ below!

Duchess Kate Reportedly Uses This Natural Alternative to Botox — 31% Off!
Jennifer Aniston’s Facialist Compared This Mascara to Having Lash Extensions
Grab One of the Best Deals on Apple AirPods in Years — 50% Off!
END_OF_DOCUMENT_TOKEN_TO_BE_REPLACED