Meghan Markle has already charmed Prince William — and now a source reveals she’s got the approval of Queen Elizabeth II as well. In the new issue of Us Weekly, a Buckingham Palace insider says Her Majesty is “fully supportive” of grandson Prince Harry’s relationship with the Suits actress, 35.

While she has yet to meet Markle (it took Duchess Kate five years to score an introduction!), “She’s delighted to see Harry in a loving relationship,” continues the source.

The Toronto-based actress actually has a team of cheerleaders inside Kensington Palace, too. Six months into their romance, Harry, 32, has asked senior aides to help her navigate some of the challenges of being in such a public relationship. A Harry pal says Markle was “overwhelmed” by the attention that came with romancing Britain’s most eligible heir, and turned to Harry’s communications secretary Jason Knauf and private secretary Ed Lane Fox for advice.

“There have been times where Meghan’s been unsure [of protocol],” says the Harry pal, “and having a direct line to Harry’s most trusted aides has been a godsend.” 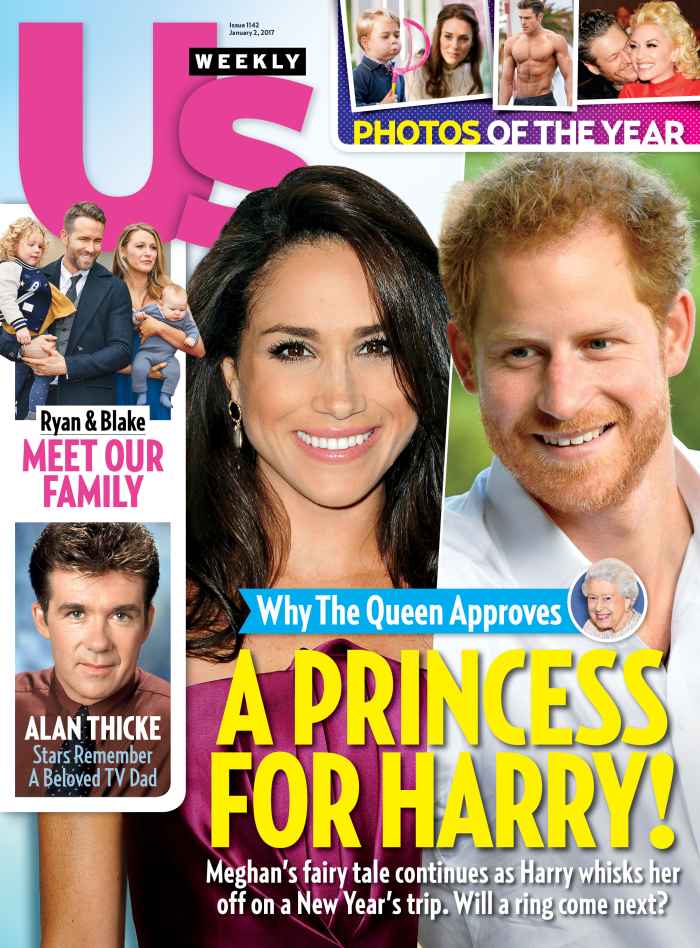 They have even provided some helpful guidance when it comes to sharing information with her 1.4 million Instagram followers. Says the friend, “Being careful not to reveal locations or send the wrong message is something she’s slowly gotten used to.”

The Northwestern University grad has another VIP on her advising team. After Markle’s romance with Harry went public in late October, Us has learned, a friend connected her with Sophie Trudeau — the wife of Canadian prime minister Justin, elected in 2015.

“Sophie went through a similar situation,” explains a source. “She was a television host and focused a lot on pop culture — then she became the story herself!” The former correspondent for Canada’s eTalk news show has spoken with Markle about how she learned to deal with critics and intrusion, says the source: “Mentor might be too big of a word, but Sophie’s unique insight has been so helpful.”

Markle could be hitting her up for more tips soon. A source says they wouldn’t be surprised if Harry proposes in the new year. “I can see them engaged by the spring,” says a close Harry insider, who is one of many friends seeing a bright future for the couple. “He’s head over heels.”

For more on Markle’s last-minute romantic trip to London — and their upcoming overseas getaway — pick up the new issue of Us Weekly, on stands now.