Free Samples! Have Top Health & Wellness Picks Shipped to You at No Cost
These Denim Joggers Are Our Secret to Cool, Casual Comfort
These Stunning Ruched One-Piece Swimsuits Show Just the Right Amount of Skin
END_OF_DOCUMENT_TOKEN_TO_BE_REPLACED 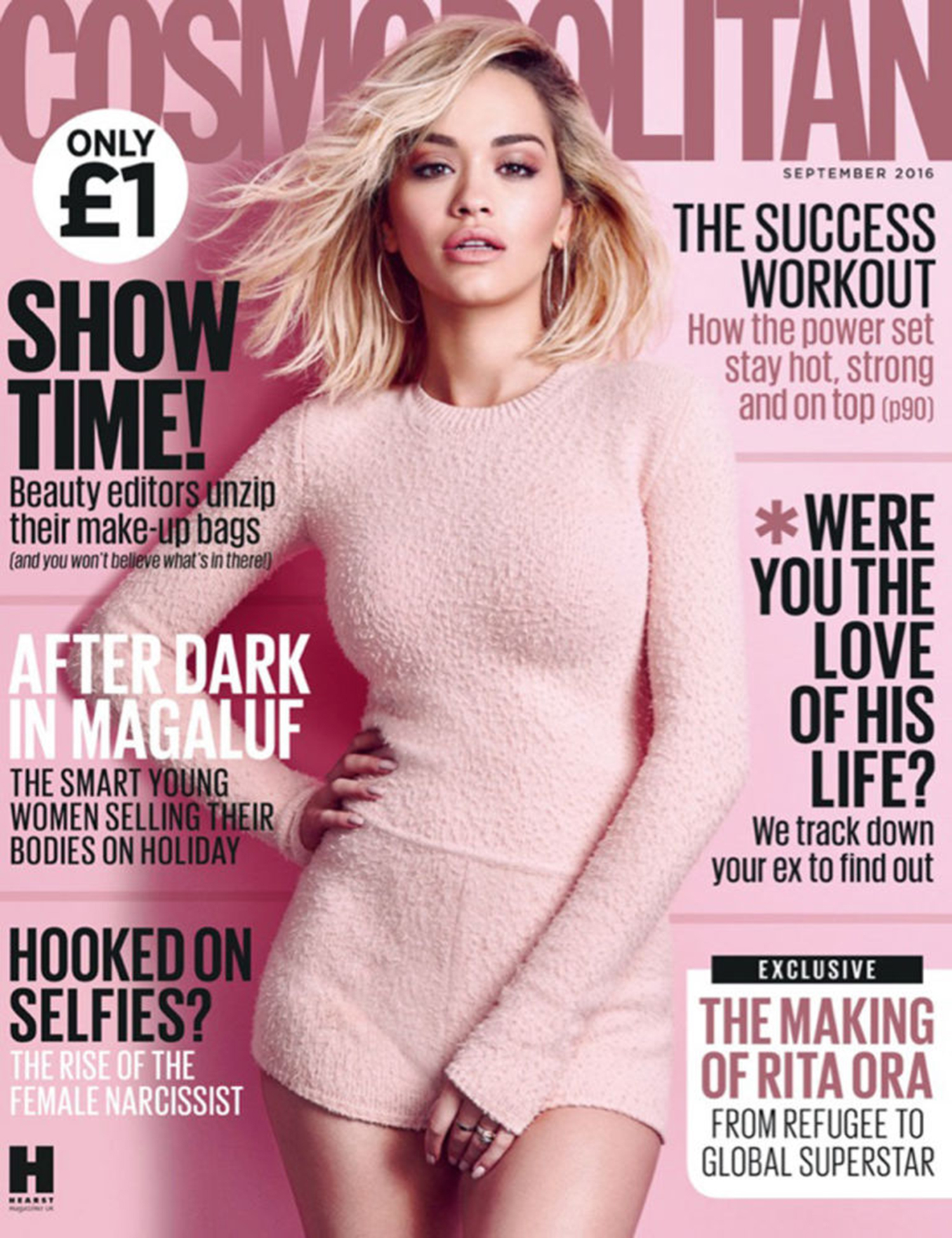 Nothing but love! Rita Ora spoke out about rumors in April that she’s “Becky with the good hair” — the mysterious mistress mentioned in Beyoncé’s controversial Lemonade track “Sorry” — in a new interview, and insisted that she has no hard feelings for the “Single Ladies” singer, 34, even after being stung by the Beyhive.

Chatting with Cosmopolitan UK for their September 2016 cover story, the “Body on Me” songstress, 25, said that she is grateful to have worked with Beyoncé’s husband, Jay Z, while she was signed with his record label, Roc Nation, from 2012 until 2016.

“I’m still happy I’ve had this incredible experience,” Ora told the magazine. “Jay is one of my idols and Beyoncé is obviously the queen of life. I’ll never not appreciate the experience I had with them and the things I’ve seen.”

The pop star recently ended her contract with Roc Nation after she and the music company went through a legal battle over the lack of subsequent albums she was contractually obliged to create following her 2012 debut LP, Ora.

Though she feels relieved to now be signed with Atlantic UK — and is excited to release more music in the near future – Ora is frustrated that she is still plagued with rumors that she got in the middle of Queen Bey’s eight-year marriage to the 46-year-old rap mogul.

While rumors of a romantic link between Jay Z and the new America’s Next Top Model host were not new, Ora added fuel to the fire when she posed in Tezenis’ sheer, lemon-inspired lingerie on Snapchat back in April. In response to fans’ theory that the Fifty Shades of Grey actress was Lemonade’s “Becky,” she defended herself via Instagram on Tuesday, April 26.

“I never usually address tabloid gossip but let me be clear, these rumours are false,” she tweeted at the time. “I have nothing but the upmost respect for Beyoncé. Let’s continue enjoying Lemonade.”

To prove that she and Bey are on good terms, Ora Snapchatted a selfie with the chart-topping diva at the May 2 Met Gala in New York City. Asked about her current relationship with the power couple, Ora simply called them “great mentors” and said: “I look up to them a lot.”

Free Samples! Have Top Health & Wellness Picks Shipped to You at No Cost
These Denim Joggers Are Our Secret to Cool, Casual Comfort
These Stunning Ruched One-Piece Swimsuits Show Just the Right Amount of Skin
END_OF_DOCUMENT_TOKEN_TO_BE_REPLACED
Close widget