Not even close! Ryan Reynolds declared his wife Blake Lively a better kisser than pal Andrew Garfield while being honored by Harvard University’s Hasty Pudding Theatricals group on Friday, February 3.

“I’m going to go with my wife on that one, for a number of reasons,” he answered when asked whether Lively, 29, or Garfield, 33, was the better kisser. “Make no mistake, Andrew Garfield is a wonderful kisser. Very generous. A real darting tongue.”

In January, the Deadpool actor made headlines after he was caught locking lips with the Hacksaw Ridge star at their table after he lost out to Ryan Gosling in the Best Performance by an Actor in a Motion Picture — Musical or Comedy category at the Golden Globes. (Garfield later lost out to Casey Affleck in the corresponding drama category.) 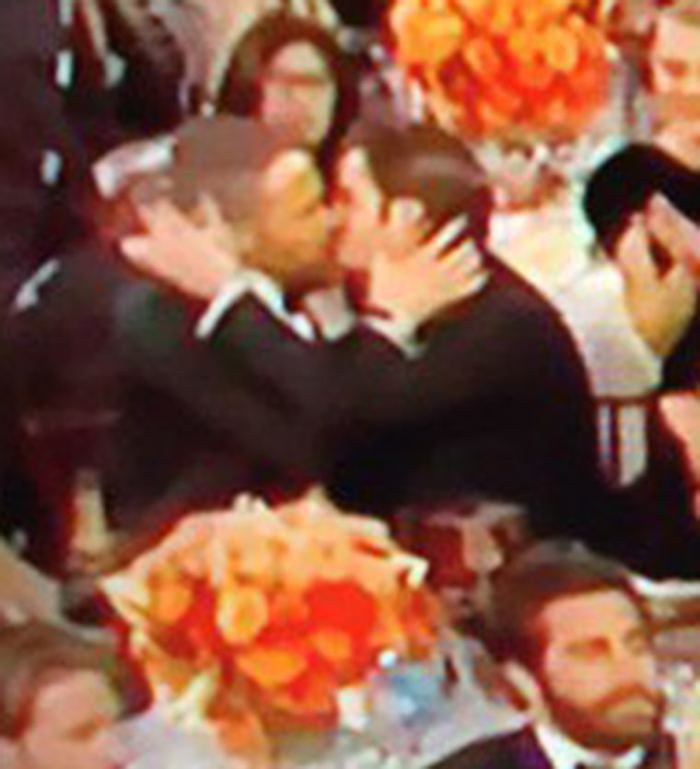 Reynolds, 40, was being honored Friday as the theater group’s Man of the Year, a title given in the past to stars including Justin Timberlake, Robert Downey Jr., Chris Pratt, Robert De Niro and Joseph Gordon-Levitt.

As part of the festivities, the actor was roasted by Hasty Pudding members, given a tour of the university and even serenaded by an a cappella group. According to the Harvard Gazette, Reynolds joked at one point, “Oh, man, guys, that was incredible. You are so talented. … If my daughter can do even a 10th of that, she can stay living with me.”

At another point during the day’s events, he even gave one of the performers a lap dance while keeping a deadpan expression on his face. Deadpool was snubbed from this year’s Oscar nominations, despite Reynolds’ Golden Globe nomination, his first.