This One-Piece Swimsuit Is So Flattering, You’ll Never Want to Take it Off
This Family-Friendly Virtual Pet Game Will Be The Next Hit Of Your Household!
This Affordable Kaftan From Amazon Is Giving Us Serious Zara Vibes
END_OF_DOCUMENT_TOKEN_TO_BE_REPLACED

Thanks a latte. Scott Baio continued to defend Donald Trump in a new interview this week after the ’80s star started a spat with Starbucks over a barista’s refusal to say the GOP presidential front-runner’s name.

Baio spoke to Fox News on Sunday, April 3, and defended his political position, explaining why he was such a proponent of the outspoken real estate mogul, 69. 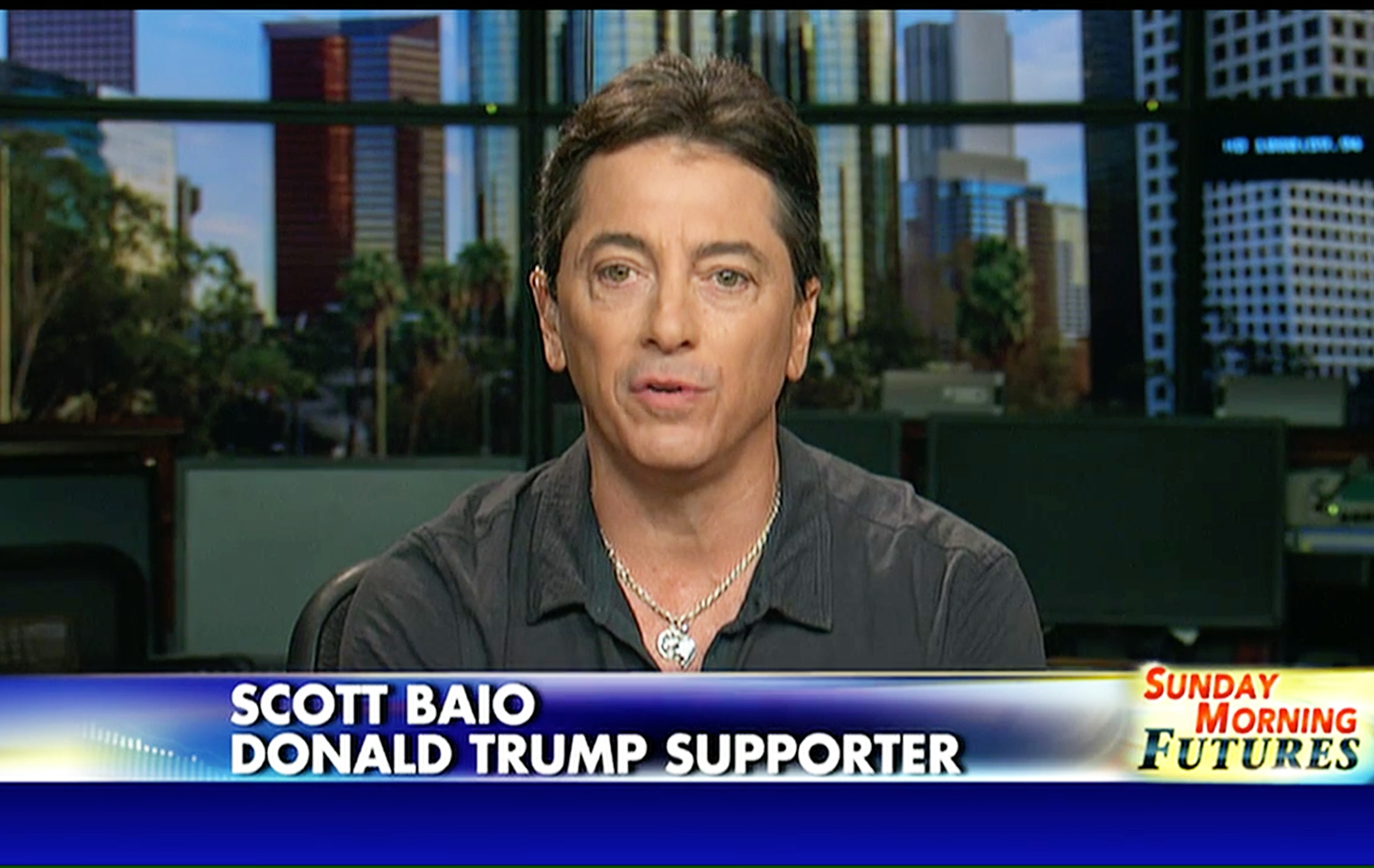 “Well, I like his proposals on reforming the tax code, building the wall, immigration, repealing Obamacare,” Baio, 55, reflected about the former Apprentice star, who has offended many ever since his presidential campaign kicked off last June. “I think he’s a straight shooter when he talks to me.”

The Happy Days star added that there were no communication barriers with Trump. “When he talks, I understand him,” Baio claimed, “it’s a very sort of direct language.”

“@FoxNews: @ScottBaio: “#DonaldTrump is the only guy, I think, that has the will & the nerve to attack & to fight.” https://t.co/DjkdAzT3WV

The actor first made headlines about his stance this past weekend after tweeting about an alleged, heated moment with a Starbucks barista. “Got wife a coffee,” the Charles in Charge star wrote alongside a photo of a Starbucks cup etched with Trump’s name in marker. “The barista refused to call out name. @realDonaldTrump #MustBeABernieVoter.”

PHOTOS: 10 Times Kim Kardashian Got Mad on Social Media and Other Places

Now, other Trump supporters have rallied behind Baio’s efforts by telling baristas that their names are Trump, too. “Check out this!” Baio tweeted on April 3. “@realDonaldTrump I’ve started the ‘give the Trump name’ #TrumpMovement.”

As election season heats up, many Hollywood figures are publicly rallying behind their candidates. Other celebrity Trump supporters include Bristol Palin, Kid Rock and Aaron Carter.

This One-Piece Swimsuit Is So Flattering, You’ll Never Want to Take it Off
This Family-Friendly Virtual Pet Game Will Be The Next Hit Of Your Household!
This Affordable Kaftan From Amazon Is Giving Us Serious Zara Vibes
END_OF_DOCUMENT_TOKEN_TO_BE_REPLACED