The Lord wants his lady. More than a year after Kourtney Kardashian and Scott Disick split up, the New York native, 33, “is on a mission to win Kourtney back for good,” a Disick friend reveals in the new issue of Us Weekly. Find out more in the video above and the details below.

He’s well on his way. As Us previously reported, for the past few weeks Disick has been living with the Keeping Up With the Kardashians star, 37, and their three children, Mason, 6, Penelope, 4, and 23-month-old Reign, in the $8.5 million Calabasas, California, mansion they shared presplit.

Over the past year, the former hard partier (he was rushed to the emergency room in 2014 for mixing pills and alcohol) “has really cleaned up his act,” continues the insider. “And Kourtney is very encouraged to see how much he has been trying.” 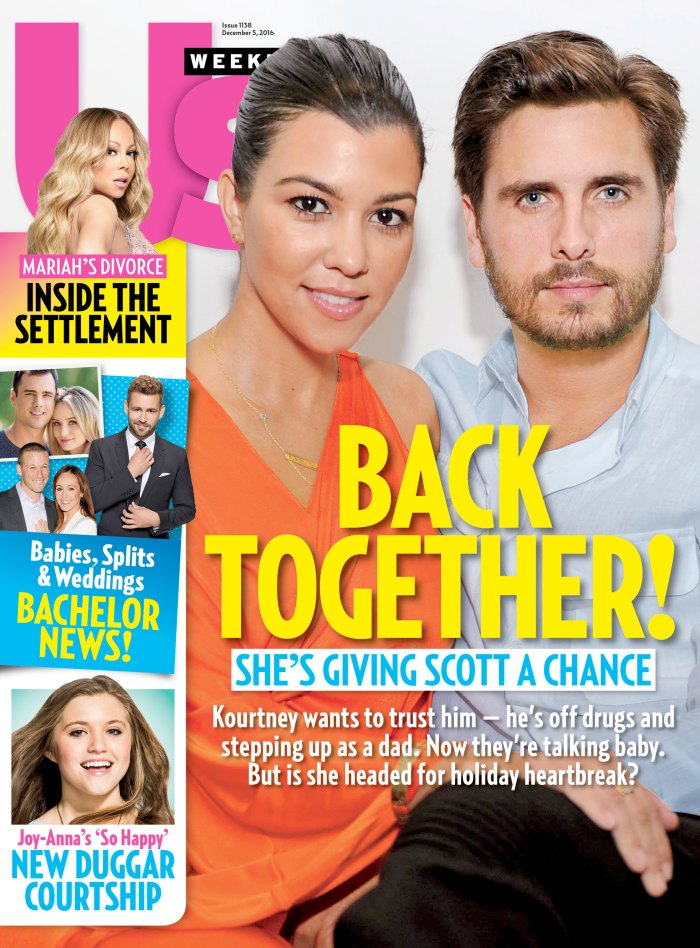 Indeed, Disick has come a long way since last July, when Kourtney dumped her boyfriend of nine years after she saw photos of him drunkenly groping ex-girlfriend Chloe Bartoli aboard a yacht. That October, says a family source, he entered rehab “to show Kourtney he’s willing to change.”

The program worked. Since completing a month at Cliffside Malibu last November — his fourth stint in treatment since 2014 — the once moody reality star has left his infamous benders behind. “He’s in better health and better spirits,” says a source. Though he still occasionally imbibes, according to the Disick pal, “he has majorly cut back on his drinking.”

He’s also making his club-hosting gigs a thing of the past — along with the temptation of drugs and alcohol that they bring. Though they earn him quick cash (a source says Disick can get up to $100,000 a night), Kourtney’s not a fan. “She asked him to cut back and he did,” says her friend.

Instead, Disick is making money by flipping houses, consulting Kourtney on projects “because she has a great design eye,” says the family source. At an appearance at Las Vegas’ 1 Oak on September 2, he confirmed to Us that his club days are numbered: “I’m trying to make money during the day, and not at night.”

Kourtney is so impressed with Disick’s about-face, she is already talking about having a fourth child with him. Says a source, “Kourtney wants to have another baby.”

For more on Kourtney and Disick’s relationship, pick up the new issue of Us Weekly, on stands now.