On August 27, 1963, the night before he delivered one of the most famous and moving speeches in American history, Martin Luther King Jr. still had not settled on what to say.

King had only just begun composing the speech while traveling to the March on Washington. He initially considered recycling portions of a speech he’d delivered in Detroit two months earlier during a Walk to Freedom rally. In that soaring, 35-minute sermon he spoke of having a dream that our land would one day be united with freed people.

But King would only have seven minutes in Washington because there were several other speakers.

“In view of the shortness of the time given him, he decided against using that theme,” Coretta Scott King recalled.

The Kings arrived in Washington around 10 p.m. the night before the momentous rally. They checked into the Willard Hotel, and Martin told his aides in the lobby, “I am now going upstairs to my room to counsel with my Lord … I will see you all tomorrow.”

For two hours, he prayed and wrote.

“I thought through what I would say, and that took an hour or so,” he said. “Then I put the outline together, and I guess I finished it about midnight.”

The second hour was filled with more reflection … and a lot of cutting.

“As Martin worked, he would call on those of us who were in the room for some word that better expressed his thought,” Coretta said. “But as often as not, it was he who would supply it.”

King also called upon the assistance of another patriot to inspire him: President Abraham Lincoln, the man who had signed the Emancipation Proclamation just over a century before. Lincoln’s short, heartfelt Gettysburg Address — delivered in November 1863 — honored the soldiers who fought a battle that helped lay the foundation for equal rights in the United States. In fact, King’s opening line — “Five score years ago” — was an intentional reference to “Four score and seven years ago,” the first line of that speech.

“He worked on it all night, not sleeping a wink,” Coretta recalled. “It was about three o’clock in the morning when I fell asleep.”

King, however, continued to craft his creation. He understood that the future of his children — and that of all American children, regardless of their color, faith or ethnicity — could be impacted by a profoundly inspiring message.

“When Martin finished it, bone-weary, almost in collapse from exhaustion, he had written a good speech,” Coretta said. “But he delivered a better one that next day.”

King was scheduled to speak last at the event. It was late in the hot afternoon when he finally took the stage. TV cameras were present, but for the first full minute of his speech they broadcast footage of the crowd. While certainly noteworthy, they failed to show him delivering his truly historic speech. 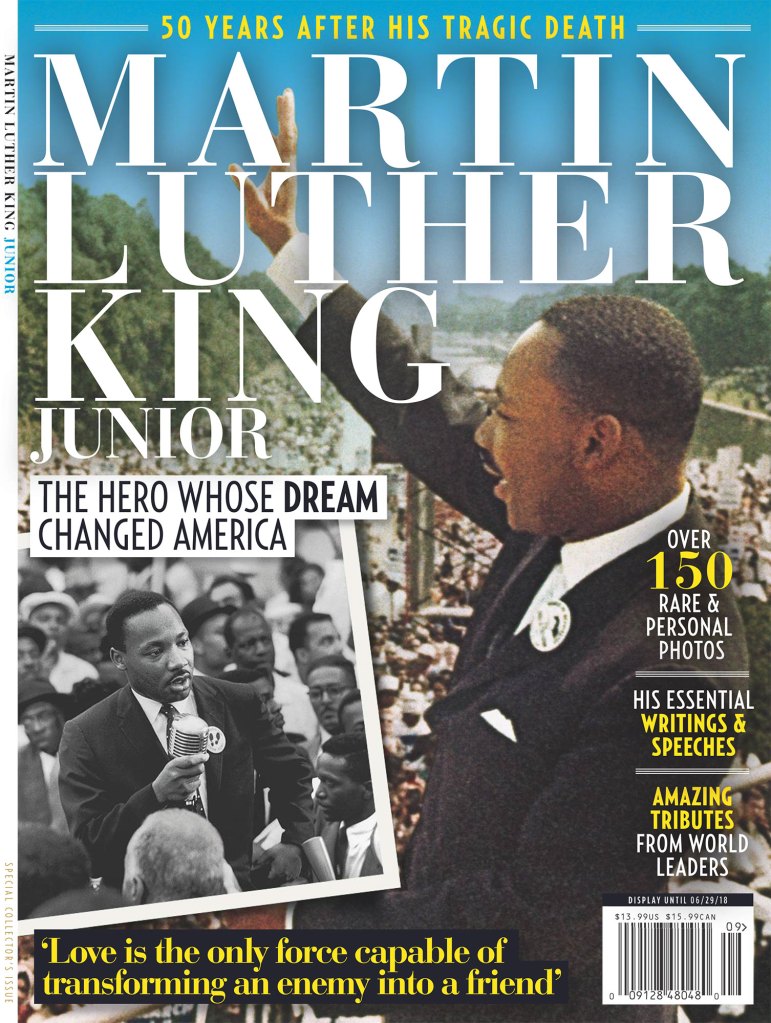 Finally, the cameras settled on the sudden superstar. His voice rose and fell, paused dramatically then charged ahead. He intentionally repeated key phrases and took the captive audience on a trip through the past, their present and into a brighter future. He spoke eloquently about everyone’s lifelong struggle and assured listeners that their efforts would not be in vain.

Then he stopped reciting his speech and started speaking from the heart.

“I started out reading the speech, and read it down to a point,” King later explained. “All of a sudden this thing came to me … I just turned aside from the manuscript altogether and didn’t come back to it.”

“It was Dr. King who, near the end of the day, touched the vast audience,” The New York Times reported. “Until then the pilgrimage was merely a great spectacle. Dr. King touched all the themes of the day, only better than anybody else. He was both militant and sad, and he sent the crowd away feeling that the long journey had been worthwhile.”

Stars Who Played the President

King, too, felt the magnitude of the experience and, showing great humility, praised society instead of himself.

“Everyone who believed in man’s capacity to better himself had a moment of inspiration and confidence in the future of the human race,” he said. “And every dedicated American could be proud that a dynamic experience of democracy in the nation’s capital had been made visible to the world.”

What had taken years for King to dream up had, overnight, become the shared vision of a nation and
a heroic goal he would spend his remaining five years fulfilling.