Teresa Giudice needed a strategy. Weeks after husband Joe started his 41-month prison sentence in 2016 for conspiracy and bankruptcy fraud, the Real Housewives of New Jersey star admitted to Us that she and daughters Gia, 16, Gabriella, 12, Milania, 11, and Audriana, 7, “just miss my honey.”

So Teresa set about doing whatever she could to distract her brood from the pain. As she kept herself occupied with various business ventures, she sought out extracurriculars for her girls as well. “Teresa keeps them busy so they’re distracted,” says an insider. “They have adjusted to life without Dad in the house.”

Before They Were Real Housewives!

His vacancy may be permanent. A source close to the 45-year-old Bravo star reveals in the new issue of Us Weekly that she’s thinking about leaving the man she once dubbed “the love of my life.” Says the source of the pair, set to mark their 18th anniversary in October, “The marriage may be over.” 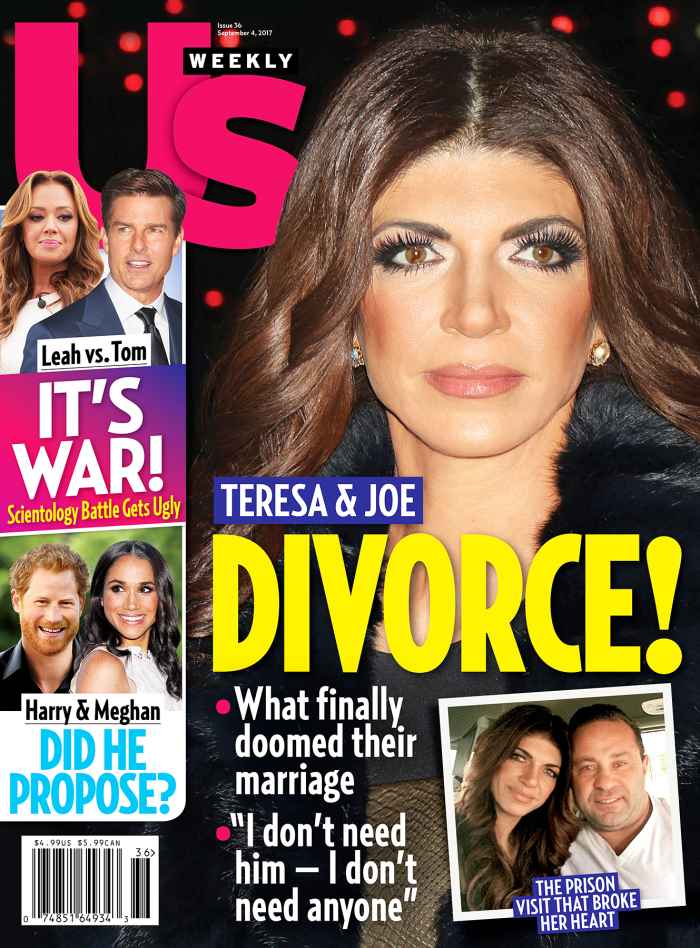 For the Standing Strong author, who completed her own 11-month jail stay in December 2015, the time away from the former construction builder and restaurant owner has been eye-opening. At first the tough-as-nails reality star — she told Us in 2016, “I think ‘strong’ is my middle name” — was relying on help from her mom Antonia. “She was coming over every day,” says the source. But after Antonia’s March passing, “Teresa’s still standing,” says the source. “She’s learned she doesn’t need Joe.”

And she’s no longer sure she wants him. Having only made the 90-mile trek from their six-bedroom Montville Township, New Jersey, home to visit Joe at the Fort Dix Correctional Institution a handful of times, Teresa has been telling pals, “she’s loving her independence,” says the source. “She’s becoming used to being quite free while Joe is away at prison.”

She feels Joe has taken a few liberties of his own. The 45-year-old native of Saronno, Italy, has long been dogged by rumors of infidelity — claims both he and Teresa have denied. But the source says Teresa is starting to believe them. “He’s always said this particular person was just a friend,” says the source, “but now Teresa thinks there’s more to the relationship.”

For more on Teresa’s fears — and how she’s enjoying her independence — pick up the new issue of Us Weekly, on stands now!