Five months after he was caught cheating on the then nine months pregnant reality star, the Cleveland Cavaliers center, 27, was spotted getting close with a mystery woman at L.A.’s Warwick nightclub September 20. “Tristan and a girl were chatting and flirting throughout the night,” a partygoer reveals in the new issue of Us Weekly. “They were very touchy-feely. He had his hand on her butt.”

For her part, however, Kardashian is standing by her man. “Khloé believes every word Tristan tells her,” says a source close to the mom of daughter True, 5 months. “They’ll stay together.”

In fact, they’ll even go the distance. When basketball season begins in October, the 34-year-old Good American designer will once again pack up her Calabasas, California, home and head to Cleveland to support the NBA star.

Every Rapper and Athlete Khloe Kardashian Has Dated

“Everyone is flabbergasted, but her family has learned to keep their opinions quiet,” reveals the insider. “People underestimate the threshold of what she’ll put up with for love.”

The allegations comes one month after an insider told Us that Kardashian and Thompson were “doing better than anyone could have expected” after the first cheating scandal.

Khloe Kardashian and Tristan Thompson Cheating Scandal: Everything We Know So Far

“Tristan has promised Khloé he will never betray her again,” the insider revealed. “She believes him.”

For more on the Thompson cheating scandal, pick up the new issue of Us Weekly, on stands now. 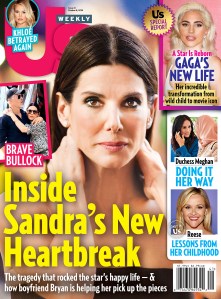