Holding nothing back! Amy Schumer had Ellen DeGeneres in hysterics during an appearance on DeGeneres’ show that airs Monday, December 12.

The 35-year-old Trainwreck star recalled a horrific date she had with her boyfriend, Ben Hanisch, when they both caught “violent food poisoning,” and the details had the host almost crying with laughter.

Schumer told DeGeneres that she thought her relationship would be over during a Paris vacation in September.

What went down in their hotel room was far from romantic, and Schumer explained to DeGeneres in vivid detail how the vomiting and diarrhea “manifested itself.”

DeGeneres was shaking with laughter and at times wiped her eyes as she struggled to contain herself.

“I was yelling to him, ‘It was so great dating you, I wish you the best luck, you’re gonna meet a great girl!’” she said of her shouts from the bathroom. “But I knew, I knew it was over. Who can get through that?” 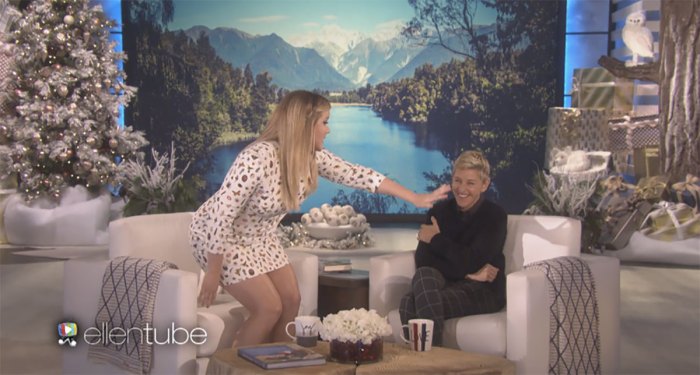 Fortunately for Schumer, she was wrong and she and Hanisch have just celebrated their first anniversary.

During the dreaded vacation in France, she actually ended up in a hospital and shared photos of the situation.

Thanks for everything Paris! Except the food poisoning. #nooooooooooo #balmain #nyfw

No red flags with this girl

Check out the videos for the whole gross story, and also what she told DeGeneres about being body-shamed too.