Jessica Simpson 'Felt Like a Call Girl' Amid Secret Affair With Movie Star
John Legend: How My Kids With Chrissy Teigen Adjusted to New Baby
You Love Dolly Parton’s Music, but Have You Read Her Books?
END_OF_DOCUMENT_TOKEN_TO_BE_REPLACED

Best ending ever? It turns out, even the Sopranos cast was shocked at how the HBO hit ended in 2007. In the final moment, the screen abruptly went black while Tony (the late James Gandolfini) and Carmelo Soprano (Edie Falco) were seated at a diner, leaving some fans wondering at the time whether their cable had cut out. 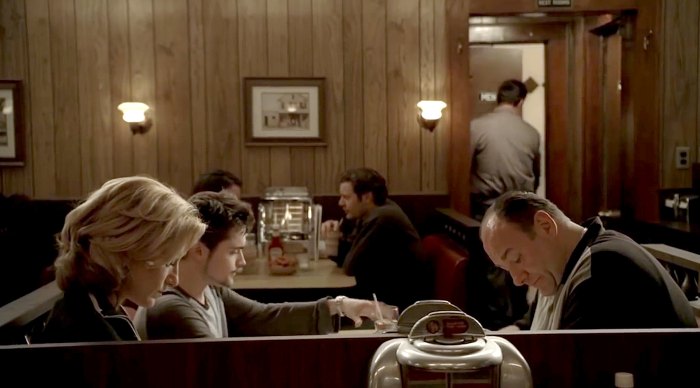 “It wasn’t written the way it happened. It was sort of a fade-to-black situation,” Jamie-Lynn Sigler, who played Meadow, exclusively tells Us Weekly. “I knew that we didn’t film anything past me coming through the door so we thought it was just going to be a slow fade. So when we watched it as a cast for the first time and it cut to black we thought something happened to the projector. We didn’t know that was how it was going to be.”

Sigler thought that it was a “brilliant” finale. “It shouldn’t have ended any other way,” she tells Us. “I thought it was perfect and I’m so happy they did it that way.”

The scene, which included Journey’s 1981 classic “Don’t Stop Believin,” left many unanswered questions. Did the New Jersey mobster just get killed off? (There were many suspicious looking characters at the restaurant.) Did Meadow safely make it inside after parking her car? Sigler has her theories. 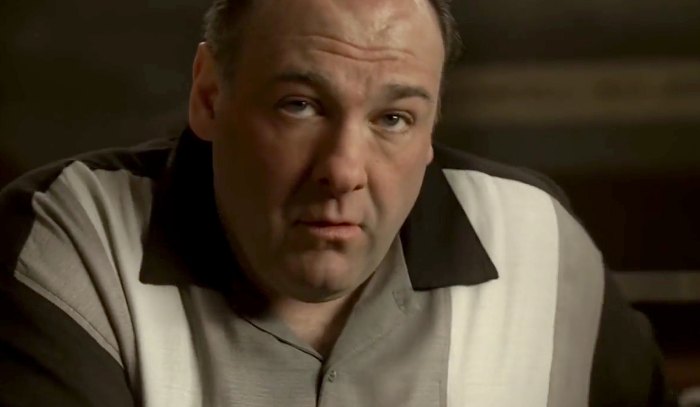 “I think Meadow would be married with a family. She probably is a criminal lawyer of some sort. I think A.J. (Robert Iler) would still be figuring out what to do with his life,” she says. “I’d like to say that Tony was still alive. That was the story of them — that their fates could have been sealed at any moment. This was the life that they chose and they had to live in denial and live not believing that because that was the only way that they could survive.”

Check out the rest of Sigler’s Q&A in our Now and Then series:

US: Have you ever returned to Holsten’s Ice Cream Parlor in Bloomfield, New Jersey, where you filmed the ending?

JS: I haven’t! I don’t get to Jersey very often.

US: Which costar are you the closest with?

JS: Robert Iler I would say I’m the closest with from the show, but he’s also one of my closest friends. We talk a couple of times a week. He’s like a brother to me. He’s incredibly important to me. We’ve been through so much together professionally and personally and I love him like family. Him and I are really, really close.

US: Did you keep any props?

JS: The only thing I have from the show, believe it or not, is a really not cute, oversized sweatshirt that I wore in one scene. I was obsessed with it because it just felt like your boyfriend’s sweatshirt that you lounge around the house in. I still wear it to this day. It’s like an old Champion sweatshirt that probably used to be black but is now some off shade of gray and purple. But I love it!

US: What was one of the toughest scenes to film?

JS: I wouldn’t say it was hard acting-skill wise, but it really struck a chord with me and took a while for me to stop crying was a scene where Tony is in a coma and Meadow is trying to call him back and stay with [the family]. Doing it over and over again — it was just really emotional for me.

US: Do you get recognized a lot for your role?

JS: I just went on a trip to Israel and everywhere I looked I got recognized, more than I ever have in my entire life. It was so crazy because it was not what I was expecting at all. Sometimes it’s cool to have a reminder of how many different people were touched and how much people still care about it across the world.

US: What was a favorite scene you shared with Gandolfini?

JS: When we shot the college episode, just that whole time of being away with him for a week, every day doing multiple scenes just us together was so special for so many reasons. He taught me so much about acting and conducting myself on set and how to demand things for myself and how to respect myself. But also he just taught me so much by just watching him. I loved him so much and he was always so protective of me, and any time I got to have scenes with just us, I treasured them.

Jessica Simpson 'Felt Like a Call Girl' Amid Secret Affair With Movie Star
John Legend: How My Kids With Chrissy Teigen Adjusted to New Baby
You Love Dolly Parton’s Music, but Have You Read Her Books?
END_OF_DOCUMENT_TOKEN_TO_BE_REPLACED