Rick Ross is thinking up a new genre of music: hip-hop meets classical. The rap mogul & music executive sat down with Us Weekly Video to play a game of rapid-fire questions. Watch the video above!

Ross, 41, has collaborated with some of hip-hops heavyweights —including Jay-Z, Kanye West and Dr. Dre, — but when asked who his dream collaboration would be, he told Us, “Beethoven came to mind.” 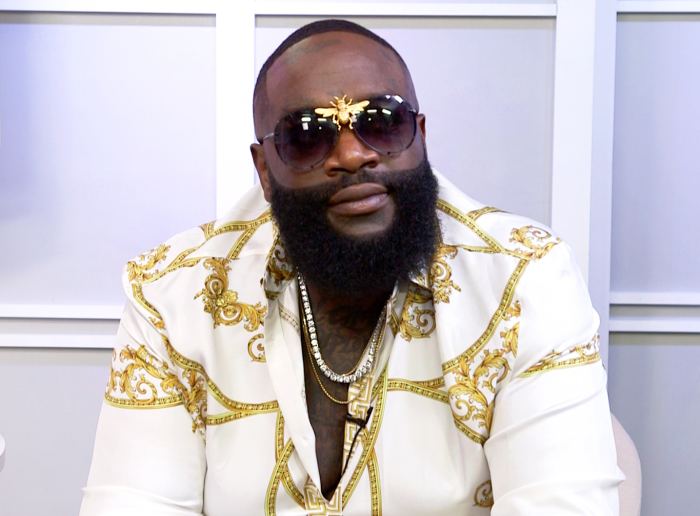 However, when the “I Think She Like Me” rapper is not thinking up classical duets, he’s indulging in what he calls his hidden talent: painting.

“I like to paint sometimes,” Ross told Us Weekly. “Really just different things, sometimes when I’m in a real good mood, I put some music on … and do the Bob Ross.”

Rick Ross: 25 Things You Don't Know About Me

The musician will have a hard time squeezing in some painting as he is working on his 10th studio album, Port of Miami 2: Born to Kill, and his new VH1 reality music competition, Signed.

“I was never excited to be a part of anything that was a contest, but wow: The amount of talent that was presented to us, that’s what really changed the game, changed my attitude,” Ross said of the series. “It really made me excited because I really felt like we could do something big and different.”

The VH1 show has him teaming up with Roc Nation executive Lenny S. and Radio Killa Records founder The-Dream as they search for new artists.

“I’m just looking for something I’ve never seen, something unique,” Ross tells Us Weekly. “Artists that’s like myself that are willing to go to any extent to chase their dreams.”