The blueprint was set. In late 2015, Taylor Swift watched as her close pal Ed Sheeran made the conscious decision to disappear from public life for a while. Despite his six Grammy nods and two smash albums, he felt his career was stalling. “Everything I did, I got a very lukewarm reaction,” he recently explained to Australian TV program The Project.

Taking months off to drive up the coast of Australia did the trick. Said Sheeran, whose latest disc, Divide, set a record for most streams in a single week, “You disappear for a year and then people are kind of hungry for it again.”

Swift clearly took note. Fresh off a rough 2016 that saw her endure messy breakups with Calvin Harris and Tom Hiddleston and a public feud with Kanye West and his wife Kim Kardashian over his decision to dub her “that b—tch” in his single “Famous,” the usually omnipresent superstar decided to go dark, sources reveal in the new issue of Us Weekly.

Save for a pre-Super Bowl performance February 4, the 27-year-old — as famous for striding out of the gym perfectly coiffed and camera-ready as she is for strutting across the stages of sold-out arenas with her squad — hasn’t been seen in public since January. (She also stepped away from her 101 million Instagram followers, posting for the first time May 3 in more than two months.)

“She was trying to keep herself out of the media,” explains a Swift insider, adding that the 10-time Grammy winner’s plan was to shirk the limelight until she was ready to promote her sixth studio album. 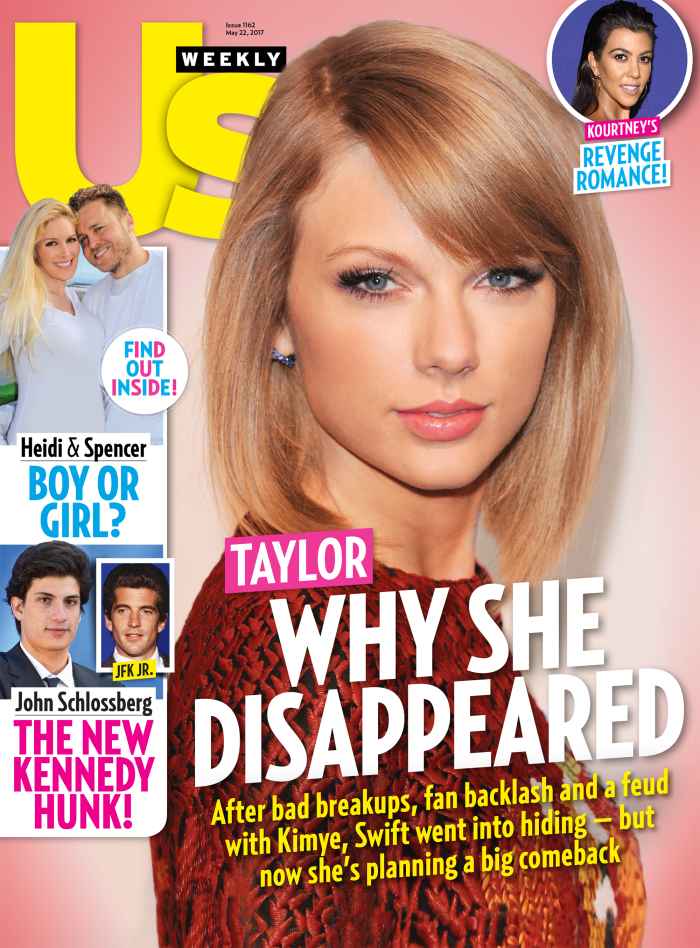 But now, says another Swift source, she’s preparing for her big return. “Taylor’s been quietly recording new music for a couple of months,” says the source. “She’s aiming to release an album this fall.”

True to form, she’s kept her plans private. To put together her upcoming disc — sure to be loaded with references to her 15-month union with Harris and her three-month romance with Hiddleston — Swift booked time at an out-of-the-way spot. Says a source, “She hasn’t been in any of the bigger studios in Nashville, New York, L.A. or London.”

She’s sticking to the tried-and-true when it comes to the actual music, however. “She’s continuing down the pop route,” a source says of the onetime country singer, “because 1989 was a huge success and fans really gravitated toward that album.”

Continues the source, “She knows there’s a demand for a new album and has really started focusing on making that happen for fans. She’s just excited to get back out there.”

For more on Swift’s future plans, pick up the new issue of Us Weekly, on stands now!