Bring back the Bartlets! West Wing alums Allison Janney and Bradley Whitford reunited on The Late Late Show with James Corden on Wednesday, May 4, for a sketch — and a smooch.

Janney, 56, who reprised her role as White House Press Secretary turned Chief of Staff C.J. Cregg during a press conference last week, revisited her beloved character again on Wednesday’s episode. This time, however, she was serving host Corden rather than President Bartlet, who was portrayed by Martin Sheen in The West Wing. 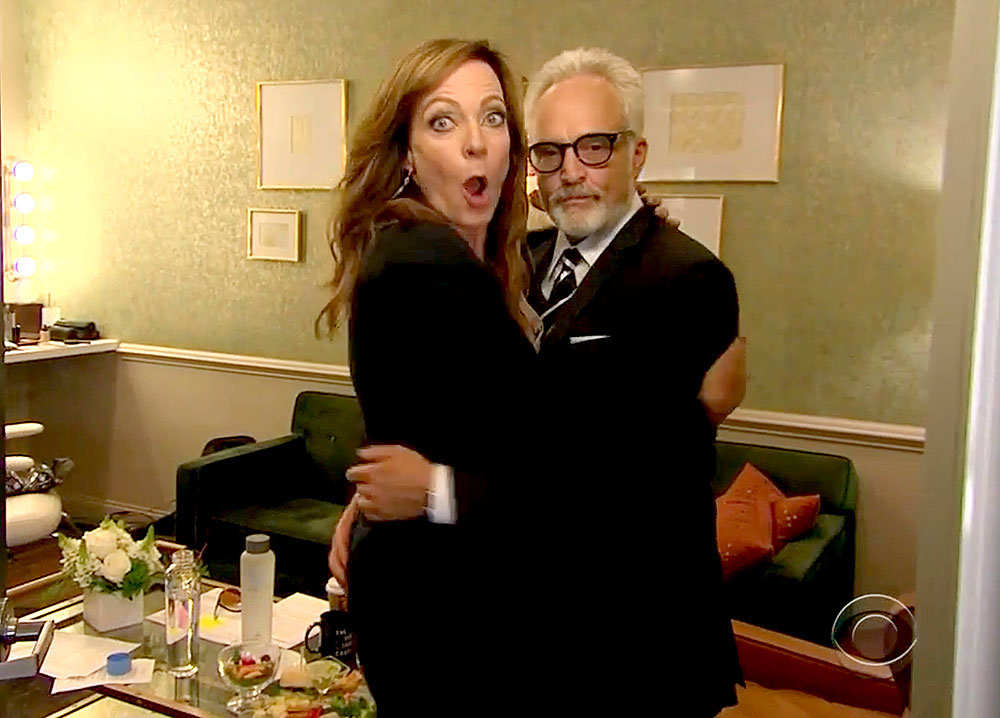 In the Corden sketch, Cregg asks an assistant whether the British host is in a good mood, which Cregg can methodically deduce from the type of sushi he’s consumed for lunch. Corden emerges from his office and the two proceed to do a “walk and talk,” West Wing creator Aaron Sorkin‘s signature move.

Whitford, 56, then joins the duo and assumes his role as Deputy Chief of Staff Joshua Lyman.

“Sir, we need to talk about the jokes for tonight’s monologue,” Janney says as she briefs Corden on the latest news of the day. The highlights include Donald Trump becoming the presumptive Republican nominee, which Corden reacts to with laughter. Janney, however, very seriously responds, “That’s not the joke, sir. It’s really happening.” 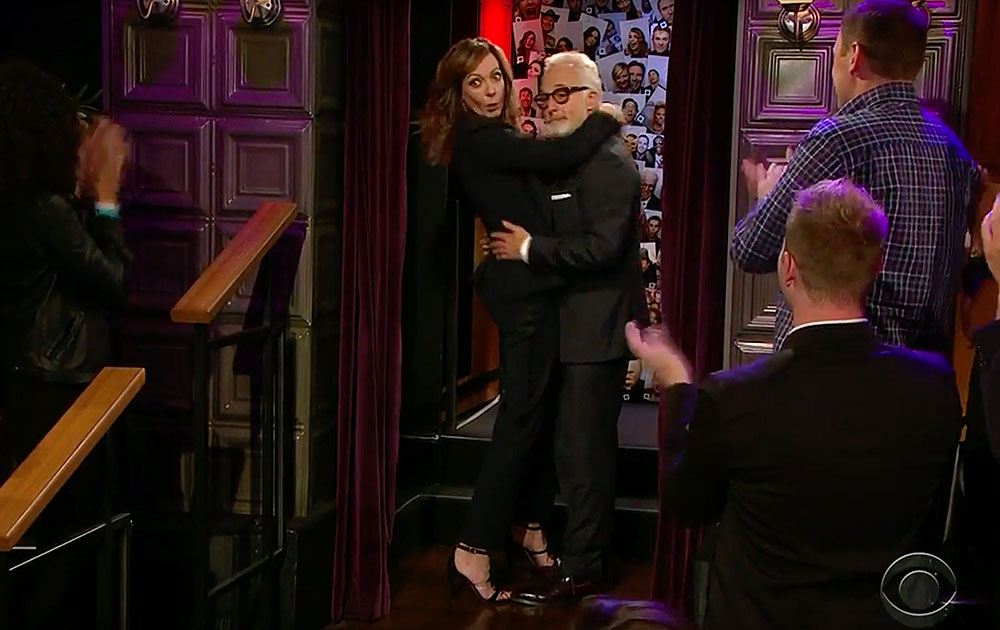 Whitford-as-Lyman then brings up the topic of North Korea temporarily banning all funerals and weddings for “security” purposes. Somewhere along their stroll, Corden comes up with the brilliant idea to stage a West Wing sketch (it’s all very meta).

PHOTOS: Stars Who Played the President

After their eventful briefing, Janney and Whitford start getting ready for their show appearances backstage in a dressing room — yes, singular. And cameras eventually catch the West Wing alums making out backstage.

Watch the sketches above!