You’re with the band! With some of music’s hottest acts heading out on tour this summer, they’re offering some pretty cool merchandise along the way. And it doesn’t just stop at T-shirts: Temporary body art, baseball caps and even foam hands (we’re looking at you, Drake!) are up for grabs. Scroll down for backstage access to some of our favorite picks!

Get in formation by scooping up one of Queen Bey’s cheeky tops. The bold-print shirts are a sly response to the Miami Police Department, who refused to work her tour after her Super Bowl 50 performance that featured dancers in Black Panther–inspired looks.

Show yourself some love with Justin Bieber’s message tee, sold on tour and at his New York City pop-up shop in May.

ALSO all of my tattoos will be available.. Each and every one of them mean so much to me. @revivaltour –I have 7 tattoos (and counting)

Along with sports bras and jean patches, Selena Gomez is offering temporary ink for her Selenators. “Each and every one of them mean so much to me,” she captioned an April 20 Instagram. “I have 7 tattoos (and counting).”

Make the highlights with Kanye West’s The Life of Pablo–theme pullover and jacket. These, along with other luxe items, reportedly raked in $1 million at his New York City pop-up shop in March. And while West’s tour doesn’t begin until September, fans will be able to scoop up TLOP goods at the Kardashian-owned Dash boutiques as well as on their website. 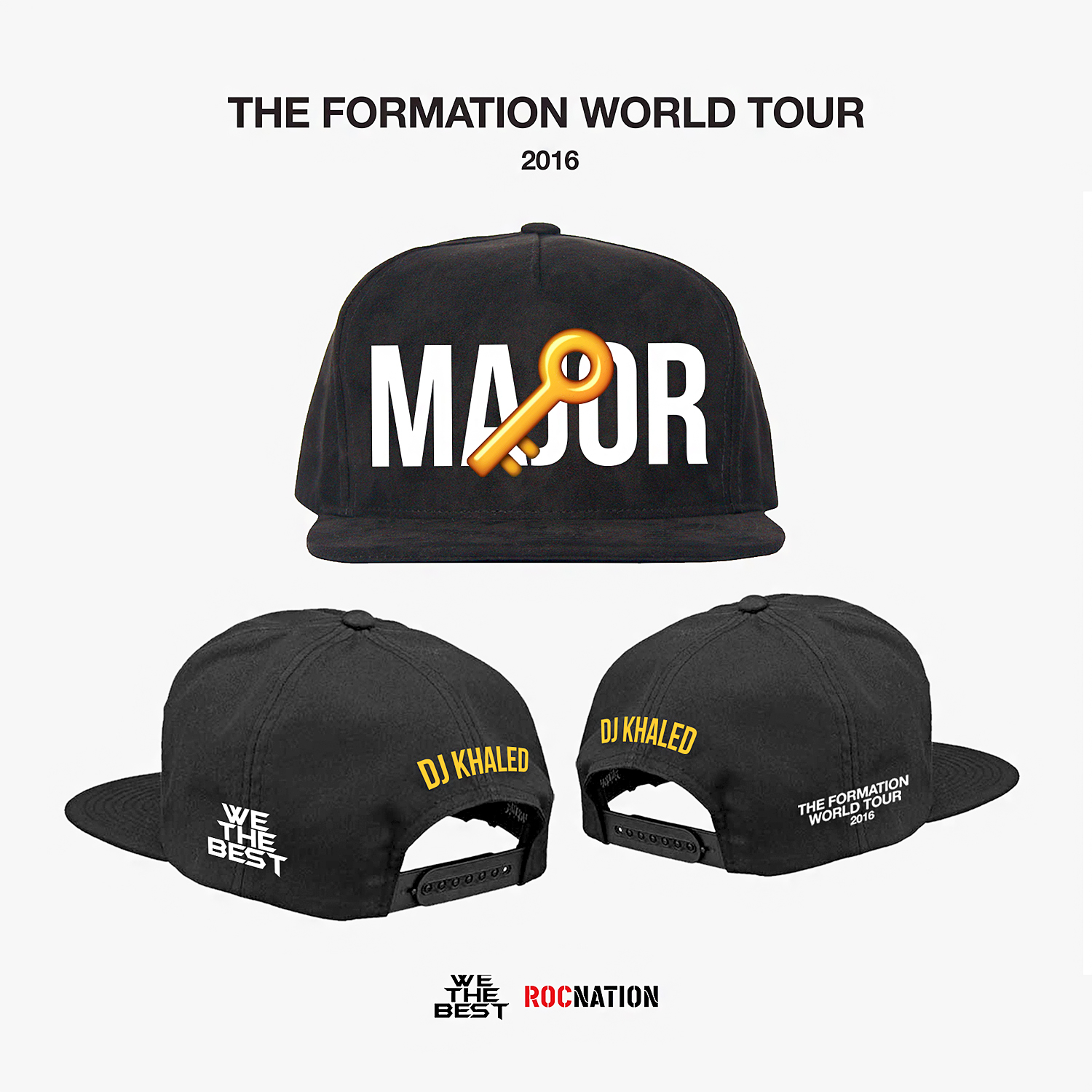 Bless up! If you want to be the best, try on DJ Khaled’s printed baseball cap, available at all Formation Tour stops where he’s the opening act.