Celeb stylist Brad Goreski is responsible for the fashion of red carpet royalty like Lea Michele, Jenna Dewan and Sarah Hyland, which means he has his hand on the pulse of all the latest fashion news. So you can imagine our delight when he sat down to talk to Us to share wedding dress predictions for someone who is about to become actual royalty, Meghan Markle. Watch the video above for all his insight, and read below for a few highlights!

Brad, who is working with Lord & Taylor on its new flagship on Walmart.com that will be your go-to source for summer wedding inspiration, is familiar with all the rumors surrounding British design duo Ralph & Russo and its potential role in Meghan and Harry’s big day. And while he isn’t ruling them out (the former Suits actress did, after all, choose one of the brand’s couture gowns for her engagement photos last year), he’s also heard rumblings about another designer who has ties to yet another kind of royalty.

“I have been hearing on the U.K. side that Stella McCartney’s name is in the mix as well, which would be really cool because obviously Stella McCartney is rock royalty and also fashion royalty,” Goreski shared. “She does modern silhouettes. She works with lace really, really well. And I think it would be a nice departure from what she shows in her collections.” 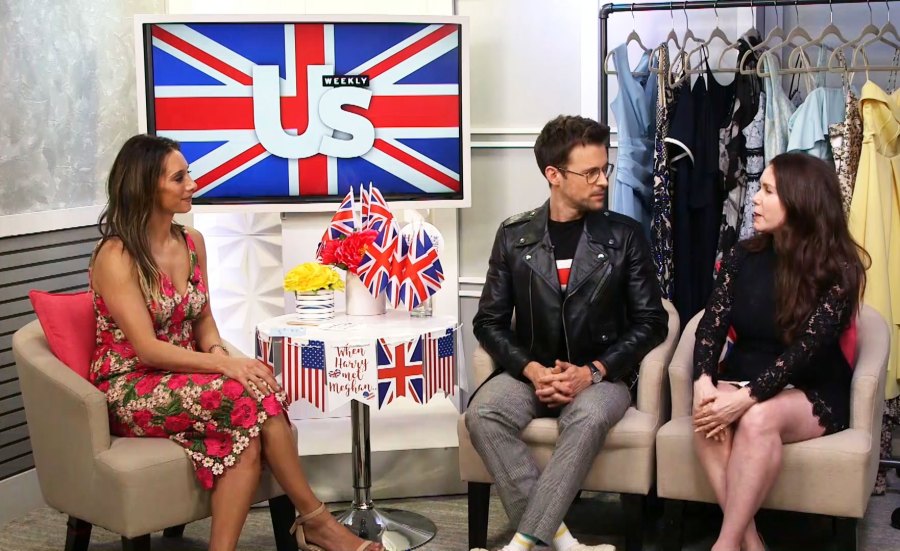 McCartney is the daughter of music legend Paul McCartney, and her eco-friendly designs are a favorite of celebs like Kate Hudson, Reese Witherspoon and even Meghan’s soon-to-be-sister-in-law Kate Middleton. With many speculating that Markle will choose a designer or fashion house with British roots, McCartney would certainly fit the bill, and we’d love to see how her modern aesthetic would be interpreted for the regal occasion.

Meghan Markle’s Engagement Style: Her Best Fashion Moments on the Road to Becoming a Royal

While Goreski believes the duchess-to-be will honor both British tradition and royal protocol with her dress, he hopes she will also incorporate a bit of her American heritage into the design as well. Thus far, the couple has recognized Meg’s roots with small touches like using American ink for their invites and foregoing the usual royal fruit cake in favor of a lemon-flavored confection, so Brad is optimistic she will weave a “twist into her gown as well.”

5 Tiaras Meghan Markle Might Wear for the Royal Wedding

For more of Brad’s royal fashion predictions — including what Markle will wear to her reception and if Queen Elizabeth II will stick to her go-to style — check out the video above!