Single ladies, get in line! As if Drake’s musical talent and good looks weren’t enough to make you crush on him, the 31-year-old Canada native just revealed that he’s been stockpiling pricey purses for his future wife.

The “Hotline Bling” rapper has been collecting Hermes Birkin bags for years as gifts for “the woman I end up,” he told the Hollywood Reporter in a new interview.

Hermes Birkin Bags Make for a Better Investment Than Gold and Stocks, According to a Study 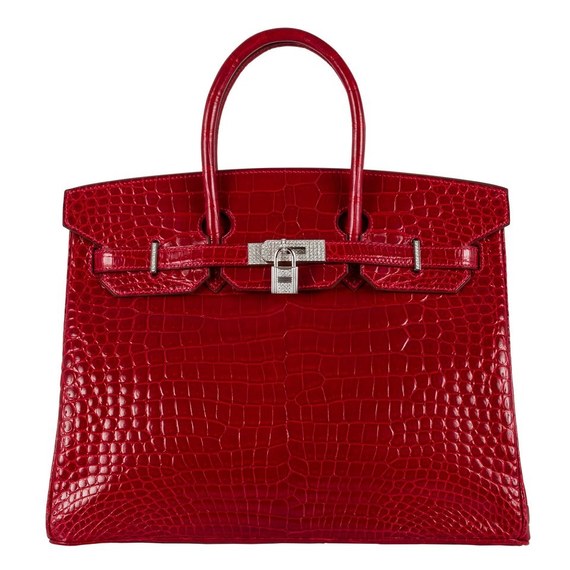 Birkin bags, named after actress Jane Birkin, cost anywhere from $11,900 to a whopping $300,000! The designer-purse-turned-status-symbol is popular with celebrities such as Victoria Beckham (she has more than 100), Jennifer Lopez and Kim Kardashian.

Drake isn’t the only thoughtful rapper buying up Birkin bags as gifts for his (future) ladylove. Back in 2013, Kanye West got Kim Kardashian a Birkin bag hand-painted by artist George Condo for Christmas. For her 34th birthday in 2014, West gave Kardashian another Birkin bag — finger-painted by their daughter North West.

Drake has most recently been romantically linked to Bella Hadid after he hosted her 21st birthday. “[Drake] planned it and paid for everything,” a source exclusively told Us Weekly of the star-studded soiree, which was held at the Socialista lounge in New York on Monday, October 9. But the model’s mom, Yolanda Foster, But the model’s mom, Yolanda Foster, later downplayed any romance, telling Andy Cohen that her daughter and Drake were “friends.”

Hey, friendship can be a great basis for relationships, and a closet full of Birkin bags certainly doesn’t hurt, right? Just saying!