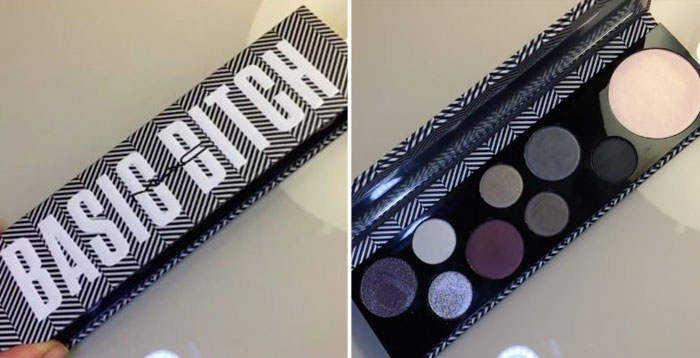 We vowed January 1 to never use the term “Basic Bitch” again, in addition to other sorely overused lingo from 2016 including “FTW,” “Hashtag” anything, “Mood” and “#Goals.” Then we spotted MAC’s Basic Bitch eyeshadow palette on MAC senior artist Netta Szekely’s Instagram feed during Milan Fashion Week. With nine neutral tones — labeled Shy Girl, Tattle-Tale, Me Me Me, Hell in Heels, Mr. Personality, Big White Lie, Text Me Later, Gameplayer and Love This Bitch!—it’s every color a beachy wave-wearing, skinny jean–loving and Starbucks-clutching gal could ever want!

But will there be a #basicbitchbacklash?

Remember when Lauren Conrad took to Twitter three summers ago to clap back at Allure magazine for calling her “basic”? Under a paparazzi photo of The Hills alum, Allure posted, “Basic: Made famous by Kreayshawn, and viral by YouTube, the Basic woman is remarkably unremarkable. What’s noteworthy about her style is its very plainness. Except to her. She swears those red-soled shoes are cutting-edge.” The post goes on to call out “sausage curls” and says “basics” smell like “vanilla-cupcake body milk.” To which Conrad tweeted, “I just got called a basic b*tch! Haha! Sausage curls!? Really @Allure_magazine?”

For us the term connotes an appreciation and love for what’s trending in the mainstream and there’s nothing wrong with that — especially when it comes to this newest MAC launch.

When we reached out to MAC, their rep told Us, “The palette is being tested backstage for now, slated to launch sometime in spring/summer 2017.”

Boost Your Cleavage in Low-Plunging Cuts with Makeup