This One-Piece Swimsuit Is So Flattering, You’ll Never Want to Take it Off
Jennifer Lopez’s 4th of July Swimsuit Style Can Be Yours For Under $30
These Denim Shorts From Amazon Are a Hit for All Body Types
END_OF_DOCUMENT_TOKEN_TO_BE_REPLACED

Horse or romance novel model? Hard to say if you’re looking at Frederik the Great, an internet-famous Friesian stallion who has over 13,000 (and counting!) followers on Facebook.

The cause behind this phenom? Two words: hair goals. Frederik’s enviable mane, with its glorious, tousled, natural waves, is leaving social media users breathless and begging for more. 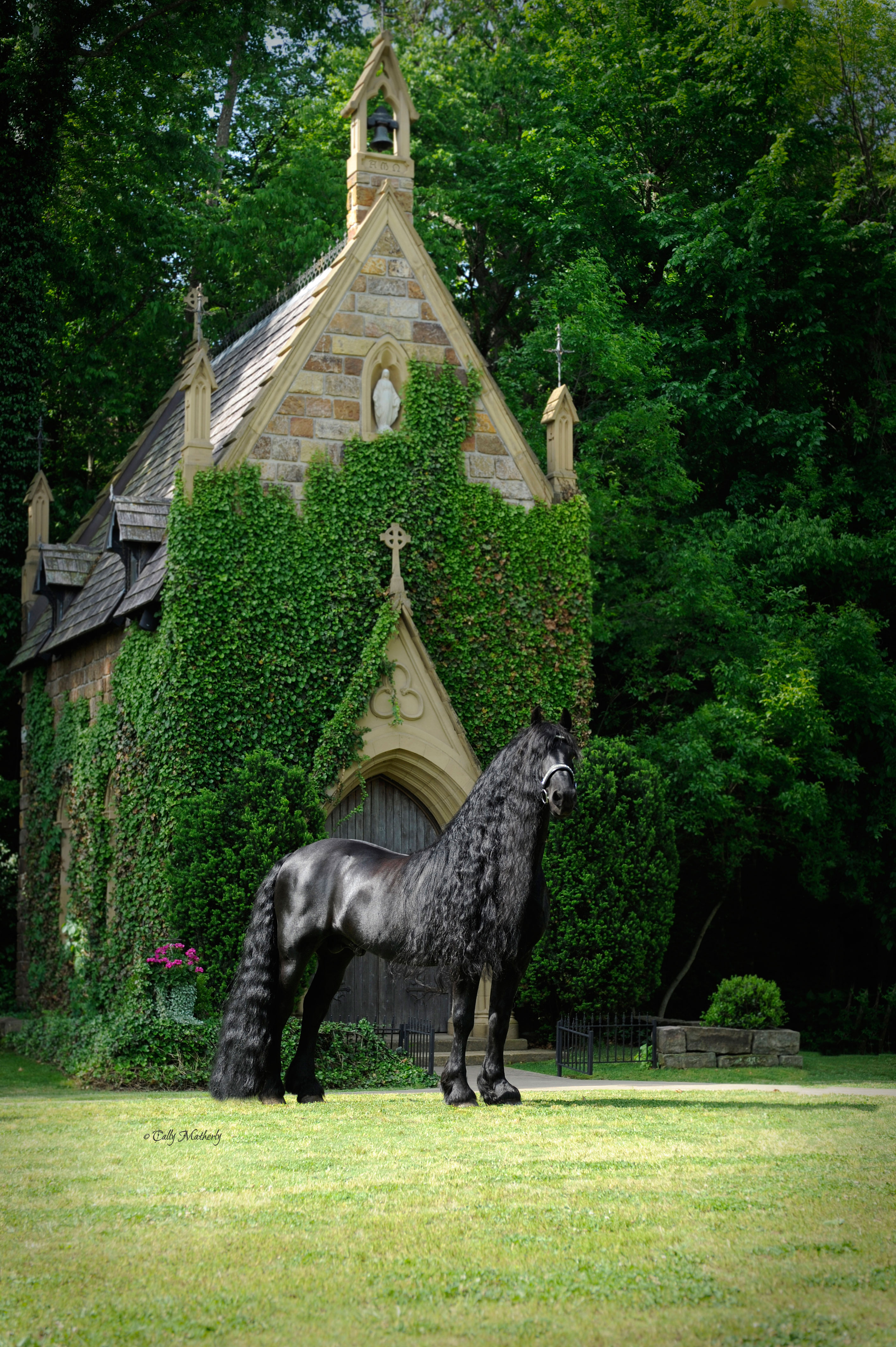 “There will NEVER be a more majestic, handsome, sexy horse on the face of the earth,” one Facebook user wrote. “Never, ever.”

“We call people and cars sexy, but can we say that about an animal?” one fan, Carolette, asked. “The hell with it, that horse is sexy! lol :)”

And the stallion, who has been compared to Fabio and resides in the Ozark mountains of Arkansas, even replies to his loyal fans’ gushing comments. “Oh yes Ms. Carolette you can, you can! Signed, Frederik the Great.”

PHOTOS: Celebrity Moms and Dads Show Off Cuddly Pictures of Their Kids and Pets

The Black Beauty look-alike, who was named after the historic Prussian king who ruled from 1740 to 1786, competes on a national level on behalf of his owners, Pinnacle Friesians, and has fans all over the globe, from France to Australia.

Frederik, whose hair reaches down to the ground when standing, has already had to turn down movie contracts. “I have been approached by Universal Studios and the producers of ‘Gods and Kings’ one was filmed in Ireland and the other in Mexico,” he explained to one commenter (his owner Stacy Nazario operate his page). “Due to my schedule and other commitments this would have required too much time and a whole lot of stress on me. My Human didn’t want that thank you for asking.”

Have you ever been jealous of a horse? Are you now?

This One-Piece Swimsuit Is So Flattering, You’ll Never Want to Take it Off
Jennifer Lopez’s 4th of July Swimsuit Style Can Be Yours For Under $30
These Denim Shorts From Amazon Are a Hit for All Body Types
END_OF_DOCUMENT_TOKEN_TO_BE_REPLACED
Close widget