Scoop up Amazon's Most In Demand Pull Up Sweater for 46% off!
Jennifer Aniston’s Facialist Compared This Mascara to Having Lash Extensions
Scoop Up the Foot Massager Kris Jenner Gifted to Her Daughters — $120 Off!
END_OF_DOCUMENT_TOKEN_TO_BE_REPLACED

What does one wear to throw the opening pitch at the LA Dodgers’ game? Well, if you’re Mila Kunis, you don’t scrimp on the sentimental jewels.

The actress tossed the game opener at Dodger’s Stadium in LA on June 29, wearing a casual and cool outfit consisting of sleek jeans and a team jersey, and we’ve now been able to identify a special bauble she was wearing. The mother of two sported a K Kane Chain Letter Necklace as the finishing touch to her look, keeping her kids close to her heart as she participated in the fanfare, given that her bauble has “WYATTDIMITRI” written on it. This string of letters, of course, make up the names of both of her babies with hubby Ashton Kutcher. 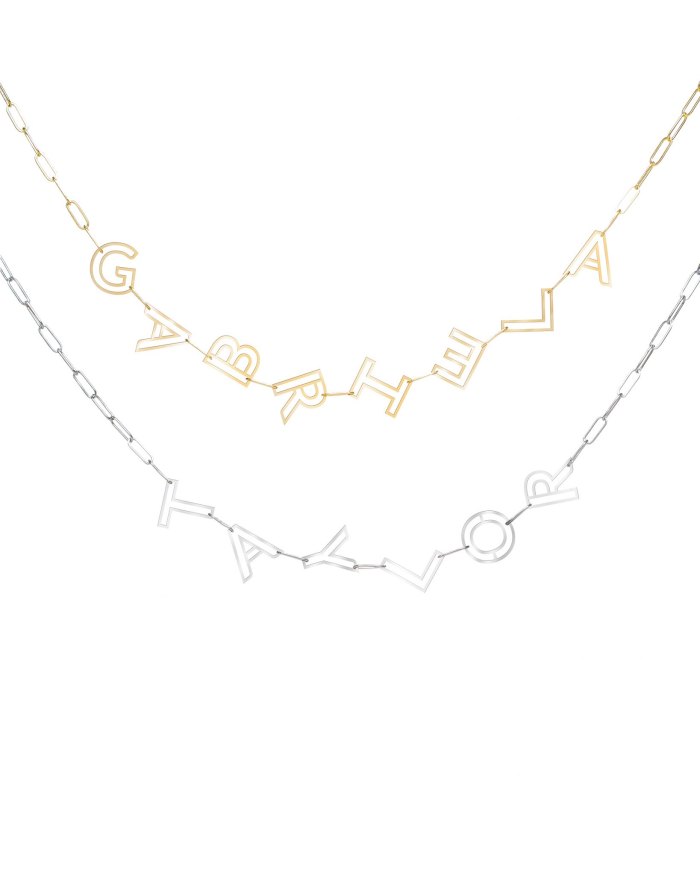 The necklace ranges in price from $480 to $1260 and is available in gold or silver. Simply choose the metal and the letters you want, et voila, you have a custom look a la Kunis. This personal touch also happens to be what K Kane is known for. The brand specializes sentimental and bespoke pieces that include initials, handwriting — even imprints — for pieces that are truly unique.

Kunis isn’t the first celebrity to rock a piece of jewelry with initials on it. In fact, this practice is super popular with the Royals too. Meghan Markle was spotted wearing a necklace with the initials H & M on it prior to marrying Prince Harry, and her sister-in-law famously wears a necklace with her children’s names and husband’s initials on it, inspired my her late mother in law Princess Diana no less.

Scoop up Amazon's Most In Demand Pull Up Sweater for 46% off!
Jennifer Aniston’s Facialist Compared This Mascara to Having Lash Extensions
Scoop Up the Foot Massager Kris Jenner Gifted to Her Daughters — $120 Off!
END_OF_DOCUMENT_TOKEN_TO_BE_REPLACED