Sarah Michelle Gellar Admits Her and Freddie Prinze Jr.’s Parenting ‘Expectations Are a Little Higher Than Most’
Shoppers Say This Is the Softest Cardigan You’ll Ever Own
La Adelita Tequila: The Hottest New Drink in Aspen
END_OF_DOCUMENT_TOKEN_TO_BE_REPLACED 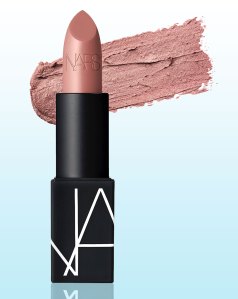 In today’s unexpected beauty news, Nars has been on an Instagram posting spree, unleashing video advertisements on Instagram showing a penis-shaped lipstick transforming back into its normal bullet.

The first video was posted to Instagram on August 12 with the caption, “When the nudes keep you up all night. Reach the dawn with Morocco Lipstick, a warm cinnamon.” The brownish-red matte lippie is obviously a shade that everyone needs, but we just can’t take our mind off of what’s going in the video.

Obviously, the people of Instagram responded with a lot of feelings. There was Chrissy Teigen, who took a humorous approach, tweeting a response to the ad, “Honestly in love with this color and now I must have it to soften my boner.” Another viewer literally mistook the photo for nudes, writing, “I scrolled past this on Twitter and my boyfriend asked me if I was looking at nudes! 😂😂😂 I said yes!!”

And there were those who weren’t fond of the ad, deeming it inappropriate. One user wrote, “Wow this is so wrong. We do love the sexual narrative..as long as it’s clean. You went overboard.” And another dissatisfied viewer commented, “Give it a rest guys. Too much, esp for young girls.”

Despite the mixed responses, Nars posted yet another video on August 14. It’s a little less provocative than the first, meaning, it looks just the slightest bit less like a penis than the first. The brand captioned the new video, “Go ahead. Leave them on red,” promoting the lipstick Heat Wave, one of Nars founder François Nars’ original 12 lipsticks.

This isn’t the first time Nars has associated its products with sex. In fact, it’s kind of the brand’s whole shtick. For example, the French brand is also home to Deep Throat Blush, Orgasm Blush and Explicit Black Climax Mascara.

Sarah Michelle Gellar Admits Her and Freddie Prinze Jr.’s Parenting ‘Expectations Are a Little Higher Than Most’
Shoppers Say This Is the Softest Cardigan You’ll Ever Own
La Adelita Tequila: The Hottest New Drink in Aspen
END_OF_DOCUMENT_TOKEN_TO_BE_REPLACED