Free Samples! Have Top Health & Wellness Picks Shipped to You at No Cost
These Denim Joggers Are Our Secret to Cool, Casual Comfort
These Stunning Ruched One-Piece Swimsuits Show Just the Right Amount of Skin
END_OF_DOCUMENT_TOKEN_TO_BE_REPLACED

If Queen Elizabeth II suddenly puts her handbag on the table, your time is up. It’s her secret code to say she wants to leave in five minutes.

When the purse is discreetly placed on the floor, it means Her Majesty is not enjoying the conversation and wants to be rescued by her lady-in-waiting.

Clearly, Elizabeth’s handbag is one of her most important props — er, accessories. So it should come as no surprise that she’s got a slew of them. According to Phil Dampier, one of the authors of What’s in the Queen’s Handbag, HRH actually owns about 300 bags, including 30 or 40 of her favorites from Launer London, which has held the royal warrant to provide the sovereign’s bags for more than four decades.

Handmade from soft calf, lizard, ostrich or alligator skin, each Launer handbag goes for upward of $2,000. Her Majesty favors the black patent Traviata, whose longer handle allows her to shake hands easily. 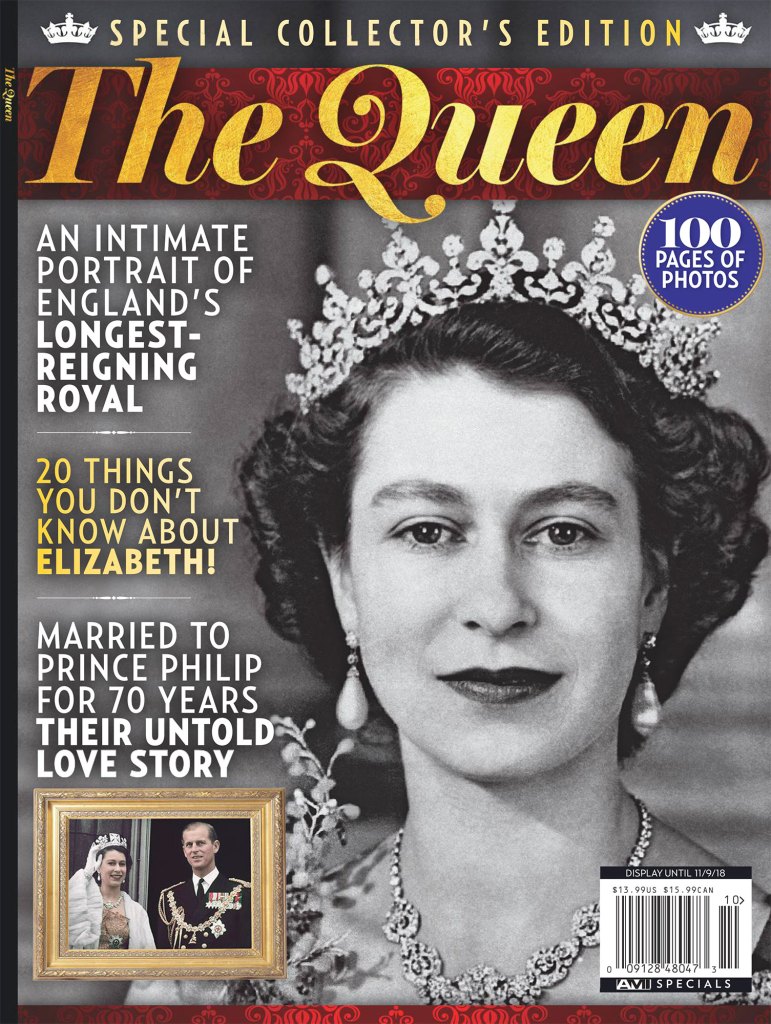 But while Elizabeth may switch up her bag from day to day, she generally keeps the contents the same. So what exactly does the queen tote in her tote?

Nothing too royal-sounding, as it turns out: a tube of mints, a packet of doggie treats for her dorgis and a few crossword puzzles carefully cut out from the daily newspapers by her staff to occupy her during her downtime. In addition, she keeps with her an array of good-luck charms — mostly gifts from her children — including miniature dogs, toy horses and tiny saddles.

Also inside: the queen’s most prized possession, a small metal makeup case Prince Philip had made for her as a wedding gift, which she’s carried religiously for more than 60 years, says Dampier.

Add lipstick, a tiny mirror, sunglasses and reading glasses, and she’s basically good to go, since anything else the sovereign might need can be provided by her aides.

What Elizabeth doesn’t need, of course, is cash. Displaying her mischievous sense of humor at the Royal Ascot horse races in 2004, the monarch opened up her bag to reveal … nothing. It was empty!

As a courtier told Dampier: “She has a superb sense of fun and knows she’s renowned for not carrying any cash, so this was her little joke.”

Free Samples! Have Top Health & Wellness Picks Shipped to You at No Cost
These Denim Joggers Are Our Secret to Cool, Casual Comfort
These Stunning Ruched One-Piece Swimsuits Show Just the Right Amount of Skin
END_OF_DOCUMENT_TOKEN_TO_BE_REPLACED
Close widget