This One-Piece Swimsuit Is So Flattering, You’ll Never Want to Take it Off
This Family-Friendly Virtual Pet Game Will Be The Next Hit Of Your Household!
This Affordable Kaftan From Amazon Is Giving Us Serious Zara Vibes
END_OF_DOCUMENT_TOKEN_TO_BE_REPLACED

Bread doesn’t frighten Julianne Hough. The toned Dancing With the Stars judge fills up on carbs “at every single meal,” the 28-year-old reveals in the new issue of Us Weekly. “I think when you deprive yourself, that’s when you crave pasta and pizza.”

Hough — a brand ambassador and capsule collection designer for fitnesswear line MPG Sport — builds meals with healthy starches. “An ideal meal would be chicken, veggies and sweet potatoes,” says the 5-foot-3 star, set to wed hockey player Brooks Laich, 33, this year. “Everybody is so afraid of carbs — they talk about them in a negative way, like, ‘Carbs make me fat or bloated’ — but just pick the right one and have a little bit.”

Enjoying eats such as whole wheat bread and starchy veggies are crucial “because they make my brain click on and everything else is able to function,” notes the star. “I thought they were my enemy, but they’re actually my best friend.”

And the triple threat burns off everything she eats. In addition to the cardio she gets dancing with brother Derek Hough on their Move — Beyond tour, she also enlists her fellow performers to join her for toning classes.

“I love CorePower Yoga,” she says. “It’s all over the country, so sometimes before a show, we’ll get a bunch of people together and do a class. Or if we have an outdoor show, we’ll go onto the lawn and do a group workout.”

And the sweat sessions aren’t just about keeping her abs fab, she says: “I need to be strong so I can get through a show.” 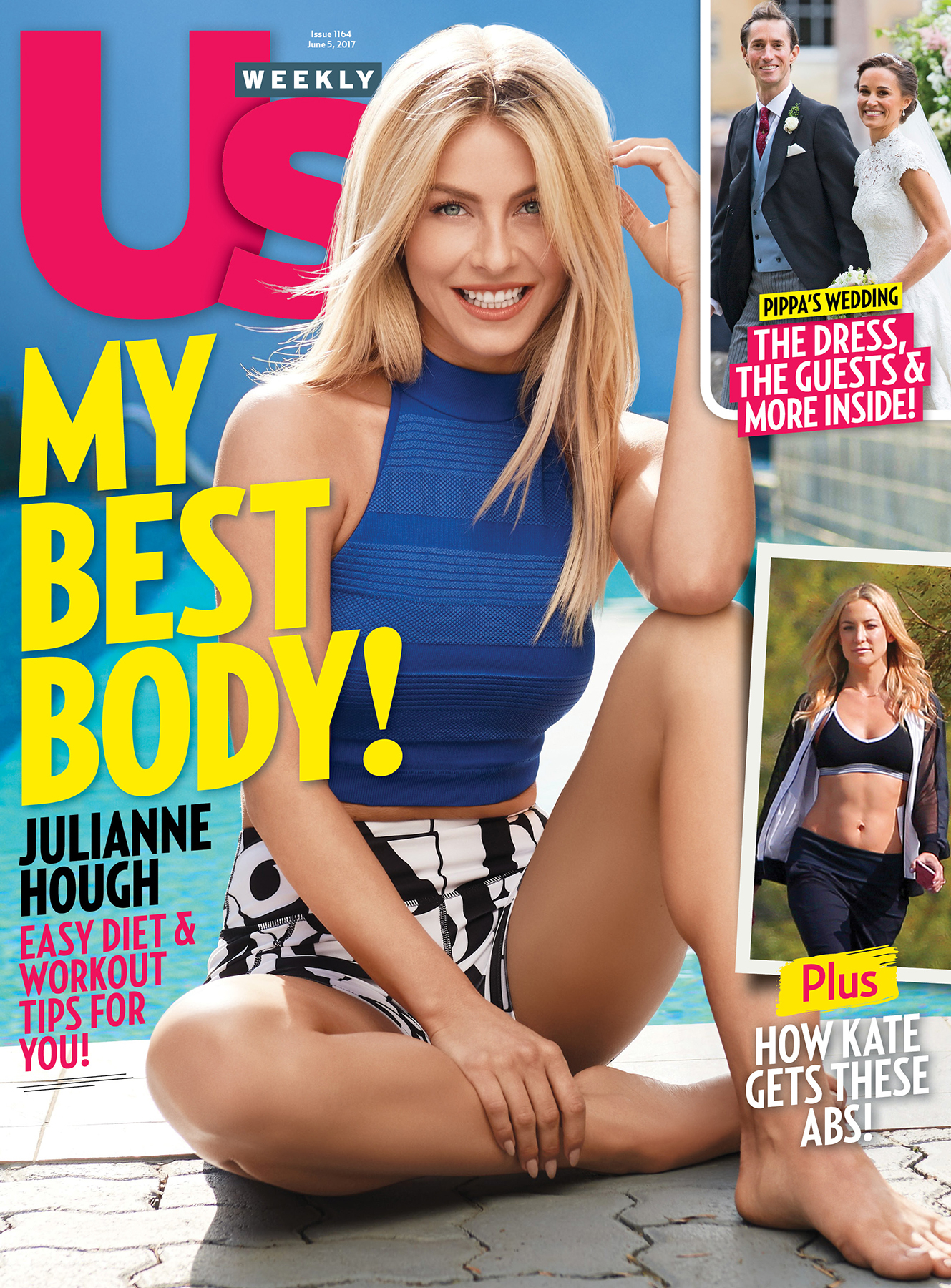 For more tips on how celebs such as LeAnn Rimes and Kate Hudson stay fit, pick up Us Weekly’s Best Bodies issue, on stands now!

This One-Piece Swimsuit Is So Flattering, You’ll Never Want to Take it Off
This Family-Friendly Virtual Pet Game Will Be The Next Hit Of Your Household!
This Affordable Kaftan From Amazon Is Giving Us Serious Zara Vibes
END_OF_DOCUMENT_TOKEN_TO_BE_REPLACED