The right balance! Shawn Johnson and her husband, Andrew East, are expecting their first child, which means the Olympian has had to adjust her workout routine.

She adds: “I’m really lucky and have a doctor who really encourages being active. She’s like, ‘Yeah. Work out, run, lift, do CrossFit, just keep your body healthy.’ But on the days where I don’t feel like it, I just need to sleep all day, but otherwise I’ve been going to CrossFit, I’ve been running.”

However, the Winning Balance author doesn’t necessarily want her little one to follow in her gymnastics footsteps, she admits to Us.

“One of my favorite things my parents did for me growing up was they put me in literally every sport just so I could figure out what it is that I loved,” Johnson says. “I don’t care what they do. I just want them to find out what they love.”

In fact, the Dancing With the Stars season 8 winner and the professional football player, also 27, joke that they might end up with a musician on their hands. But since she and her husband are so “activity driven,” Johnson “can’t see how they wouldn’t be athletic in some way shape or form.” 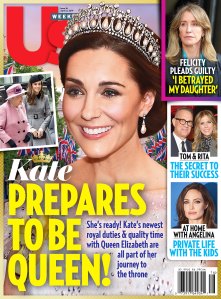 For more details on Johnson’s pregnancy journey, watch the video above and pick up the new issue of Us Weekly, on newsstands now!