Love, respect, and family. Ashton Kutcher graciously thanked his mom Diane recently with a gigantic gesture ahead of Mother’s Day. Mila Kunis‘ fiancé secretly revamped the basement of his childhood home in Homestead, Iowa, and documented the process in a new web series called My Houzz, which features Kutcher in its very first episode.

According to a press release, Kutcher’s remodeling efforts were “conducted in secret as a surprise to his mother, as a way to thank her for all she has done for him over the years.” The Jobs actor, 37, and his stepdad Mark teamed up to renovate his family’s home in the Midwest, where Kutcher was raised after his parents’ divorce. 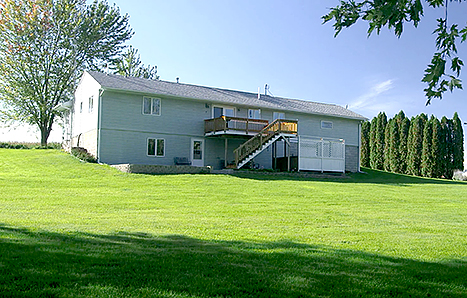 In the videos, Kutcher spoke at great length about remodeling the place to give it a more “contemporary rustic” feel. “I think everybody has a place in their life that they call home,” he explained in the opening sequence of the series. “The renovation that we’re going to be doing is on a place that I call home, and I’ll always call home. It’s a house that I helped build with my stepfather. It’s on a gravel road in a little town called Homestead, Iowa.” 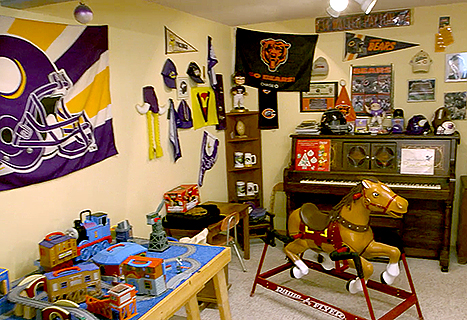 Because the dad to newborn baby Wyatt lives on the West Coast, he tasked his stepdad and a local interior designer named Katherine for help remodeling the space. Kutcher then explained why this project was so important to him.

“My mom has been the greatest influence in my life,” he said in the first episode. “[My parents] went to great sacrifices to give me the life that I have… If I could make this space special and make it a space for my mom.. and just really make it beautiful for her, that would be fulfilling.”

The star, who experienced his parents’ divorce as a kid, said he and Mark share one common thread. “My stepdad loves my mom as much as I do,” Kutcher explained. “I’m one of those people that’s lucky to have two dads.”

Kutcher, a Houzz investor, put his heart and soul into revamping the basement, which included an adorable set of bunk beds “for the grandkids” (presumably his baby girl Wyatt). The final product also included a salsa cellar and storage space of the Kutcher family’s antiques. 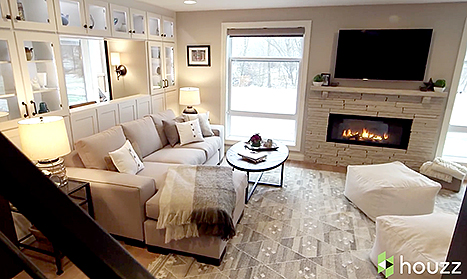 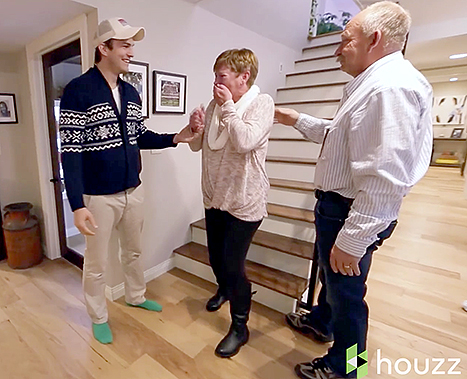 While touring the place, the actor’s mom genuinely got emotional and broke down. “What is all this about?!” she asked her son. “We built something new that represents who you are… it’s just our way of saying thank you for giving us everything.”

“The home is like the DNA of a family. It is your history,” he explained in the clip. “To put them on display to share? That’s what the value is.” 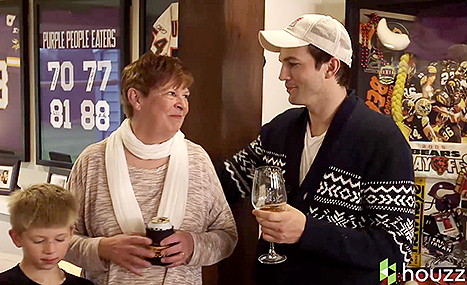 Watch the emotional unveiling above!