Jessica Simpson 'Felt Like a Call Girl' Amid Secret Affair With Movie Star
John Legend: How My Kids With Chrissy Teigen Adjusted to New Baby
You Love Dolly Parton’s Music, but Have You Read Her Books?
END_OF_DOCUMENT_TOKEN_TO_BE_REPLACED

Sienna Miller’s 7-year-old daughter, Marlowe, is “putting a lot of pressure” on her mom, but for the very best reason.

Celebrities and Their Look-Alike Kids

“She wants me to voice an animation [so she can see one of my movies],” the actress, 34, tells Us Weekly exclusively after a screening of American Woman at NeueHouse Hollywood. “She’d be so proud. I only make R-rated movies, it turns out.”

The American Woman star welcomed her little one with her ex-boyfriend Tom Sturridge in 2012, and gushes that motherhood has reshaped her “in every way.” She explains to Us, “Watching this person who’s so resonantly her own person, and sharing a life with her. … It’s more than I could ever dream of.”

While Marlowe may be “her own person,” the little one has a ton in common with Miller. “We share a sense of humor that’s quite specific and offbeat,” the New York native tells Us. “We’re very similar, but she’s so independent. I sometimes have to remind myself that [she] came from me. … She steals my makeup, but doesn’t really use it. She just needs it to be in her bathroom, not mine. She wears my clothes sometimes. She wore a [sweater] of mine as a dress, and I actually wore one of her little sweaters. She’s 7, but we’re switching.”

The former model’s daughter is currently into “monkey bars and gymnastics,” as well as roughhousing with her mom. “She likes it when I throw her into a pile of pillows,” Miller shares with Us. “It’s sweet. It’s heaven.”

Marlowe is also “desperate to have a sibling,” her mom revealed to Porter magazine in 2106. “I would love more [kids],” Miller said at the time. “I’m suddenly feeling very broody for more babies.”

The American Sniper actress also opened up about her “motley crew” of exes, telling the outlet: “I like intelligence. It’s the only thing I’ve ever been attracted to. People who aren’t clever enough fall by the wayside.” 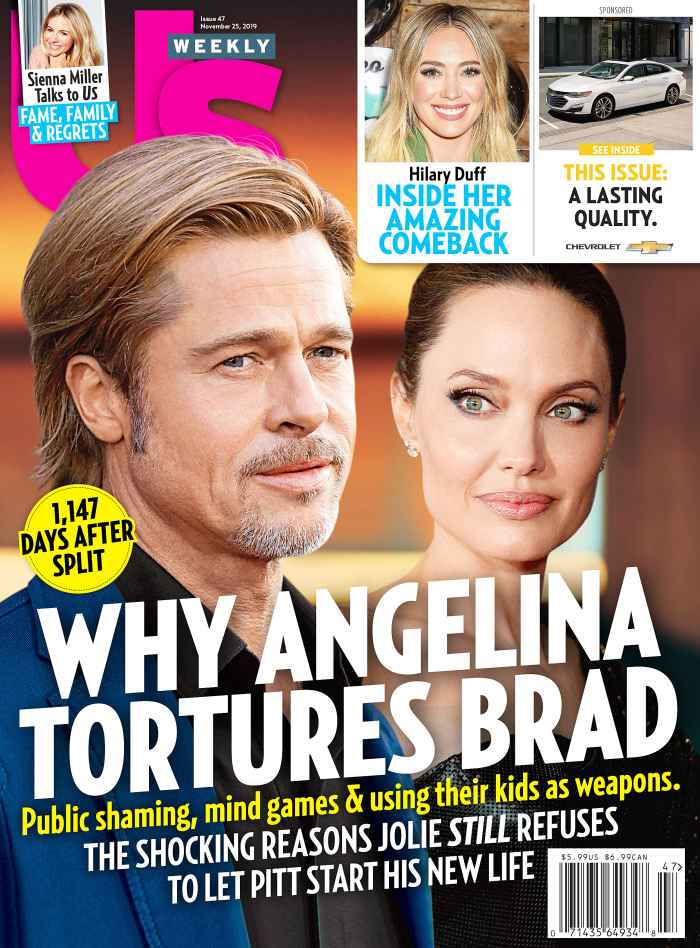 For more on Miller’s family life, pick up this week’s issue of Us Weekly, on newsstands now!

Jessica Simpson 'Felt Like a Call Girl' Amid Secret Affair With Movie Star
John Legend: How My Kids With Chrissy Teigen Adjusted to New Baby
You Love Dolly Parton’s Music, but Have You Read Her Books?
END_OF_DOCUMENT_TOKEN_TO_BE_REPLACED